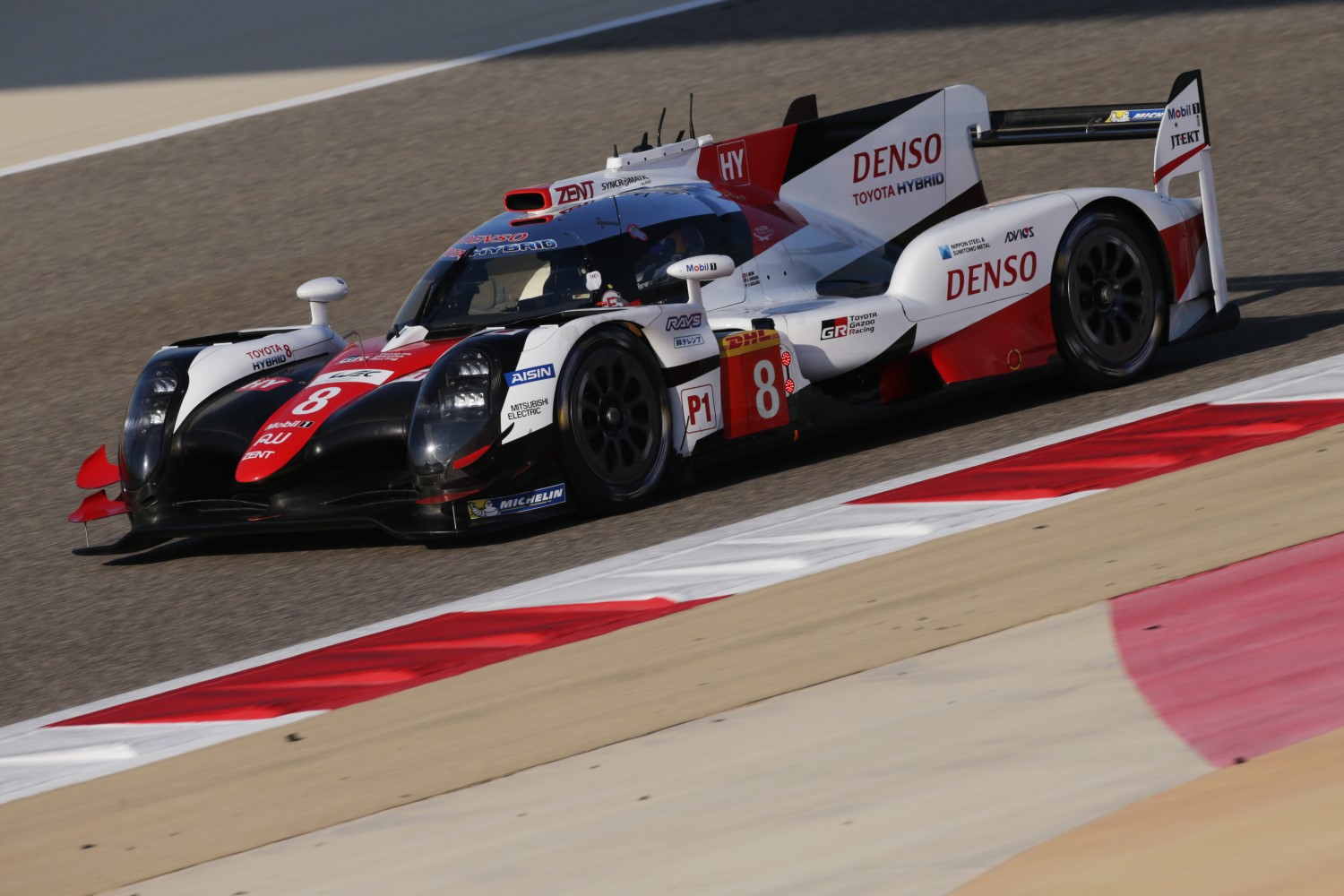 UPDATE Added photo of Alonso in Bahrain below.

The 36-year-old will drive a TS050 HYBRID during the one-day session, which occurs on the day after the Bapco 6 Hours of Bahrain, the final race of the 2017 WEC season.

Fernando is very interested by Le Mans as well as endurance racing in general and he is keen to drive a state-of-the-art hybrid LMP1 car, extensively developed for the WEC’s top category.

The Bahrain rookie test is the perfect opportunity for this and TOYOTA GAZOO Racing is honored to run its 1,000hp TS050 HYBRID for Fernando for an activity which will positively enhance awareness of endurance racing.

To prepare for the test, Fernando visited the TOYOTA GAZOO Racing facility in Cologne, Germany on Tuesday 7 November for a seat fitting and simulator session.

He will be joined at the test in another TS050 HYBRID by up-and-coming French driver Thomas Laurent, 19, who has been rewarded for this impressive debut WEC season in LMP2.

Hisatake Murata, Team President: “We are very excited that Fernando will test our car. When he visited us in Cologne everyone who met him could sense his enthusiasm and passion for our sport; he is a true racer. We very much respect his interest in different forms of motorsport and it is a pleasure to offer him this chance to drive a hybrid LMP1 car. It will be interesting to hear his feedback on the TS050 HYBRID."