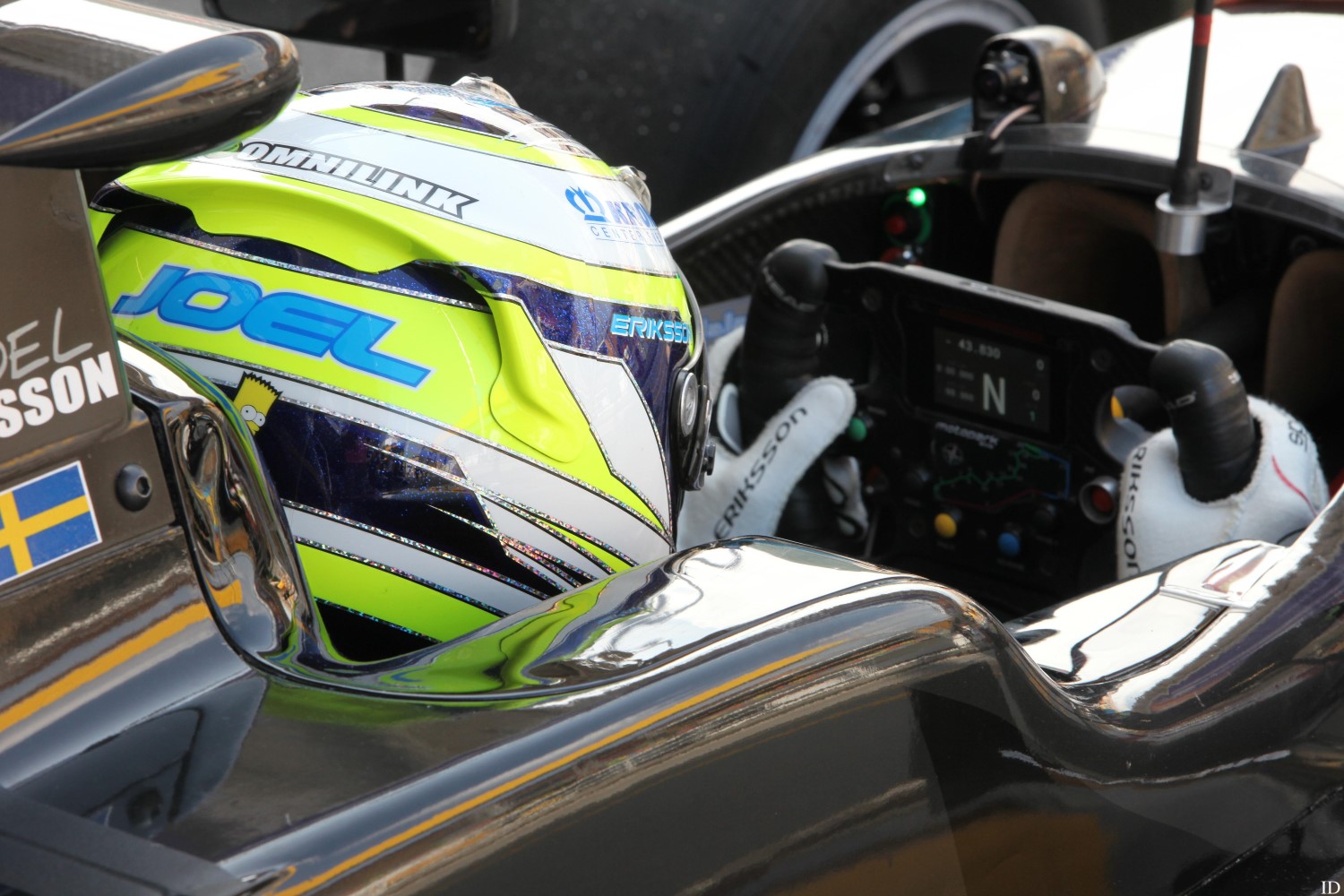 Carlin driver Norris, who took provisional pole yesterday, was the first driver to dip into the 2m10s during Friday's session at the Guia Circuit, clocking a 2:10.744.

Shortly afterwards, Motopark's Eriksson, who finished runner-up to Norris in European F3, edged in front by 0.024s, setting up the prospect of a head-to-head battle.

However, with five minutes left on the clock, the session was red flagged when Guanyu Zhou hit the wall and ground to a halt with significant damage, disrupting a host of runs.

Norris had been gearing up for another run on fresh tires at this stage, but was denied the opportunity, and remained in the pits as the session resumed.

Eriksson led the charge back out on track and, although he did not improve his time, had enough in hand to secure top spot for Saturday's encounter.

Callum Ilott, who was hurt by traffic and Zhou's red flag, managed to snatch third, ahead of Theodore team-mate Maximilian Gunther.

Carlin's Ferdinand Habsburg hit the barriers and limped back to the pits just before Zhou's crash, dropping to fifth on the grid when Ilott improved late on.