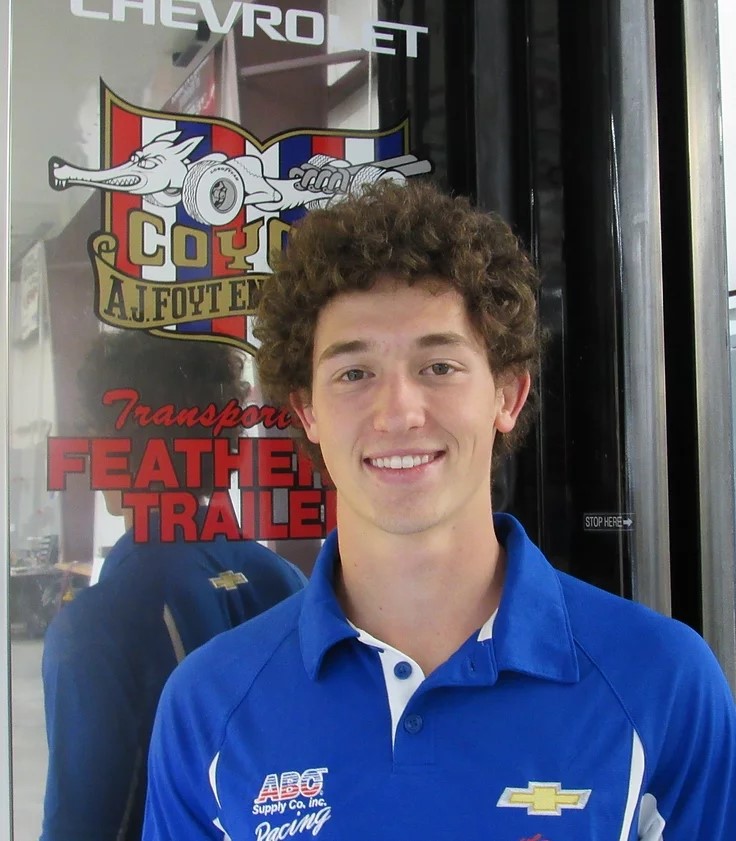 Foyt, who made the decision to hire the rookie to partner with veteran driver Tony Kanaan, said, “I wanted a fresh start for 2018. I think the combination of an experienced driver like Tony and a hungry young driver like Matt [Foyt’s nickname for Leist] will work. I watched him in the Indy Lights this year and he won at Indy [the Freedom 100 Indy Lights race]. I know he’s got a lot to learn but I think he’s going to learn very quick and I think he’ll be very good in the Indy cars."

Leist, currently the youngest full-time driver in the series, will be paired with the series’ most experienced driver in Kanaan, who will enter his 21st season of IndyCar competition. The rookie will benefit immensely from having the 2013 Indianapolis 500 champion and fellow Brazilian as his teammate and he knows it.

“This is a special moment in my career and I’m so grateful for the things that are happening," said Leist, who lives outside of Miami in Aventura, Fla. “Sometimes it is hard for me to believe that I’ll be driving for the legend A.J. Foyt. Having Tony Kanaan as my teammate is incredible because he’s been an idol for me since I was a child. Tony and I are from different generations but I can’t wait to be with him at the track and learn as much as I can from him. It will be a pleasure."

With 17 victories to his credit, the 2004 IndyCar Series champion will be a valuable asset in both developing the teenage driver and moving the team’s ambitious race program forward.

“I’m happy to welcome Matheus as a teammate to Foyt and the ABC Racing family," Kanaan said. “Matheus is an extremely talented driver with a bright future ahead of him. I’m looking forward to working together and help get AJ Foyt Racing to the next level."

Leist ascends to America’s premier open wheel series after one year in the Indy Lights presented by Cooper Tires Series where he won three races, two of which were sweeps. Leist won the pole position and the race at two of this country’s most historic tracks: Indianapolis Motor Speedway and Road America. His first major victory in America came in the Freedom 100 at Indy, more notable because it was his first experience in oval track racing. At Road America, he won the first race of the doubleheader. His third triumph came at Iowa Speedway. The three tracks epitomize the diversity of the open wheel series: superspeedway, road course, short oval. In four starts on the series’ two street courses (St. Petersburg and Toronto), his best finish is fifth. Like the ovals, it was his first experience on temporary circuits.

Leist’s mercuric rise to IndyCar was fueled by a championship performance in the British Formula 3 Series where he posted four victories and seven more podium finishes. The championship came down to the wire where Leist’s coolness under pressure served him well as he snatched the title from series leader Ricky Collard in the final race. It was after winning that title in 2016 that he decided to pursue a career in America.