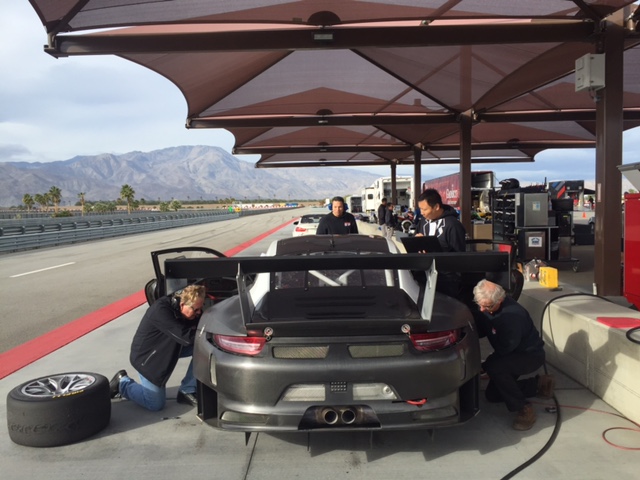 GAINSCO/Bob Stallings Racing will change its format in 2018, by transitioning away from owning and operating a racing operation with the objective of operating solely as an engaged corporate sponsor in the future. GAINSCO Auto Insurance is exploring potential partnership opportunities to continue to leverage its racing heritage, iconic corporate brand and successful activation programs.

“I am very excited about the potential to continue the heritage of the GAINSCO/Bob Stallings Racing program," said Stallings.

“It’s hard not to be humbled by the opportunity to work with so many championship drivers and crew members on this epic journey we have all been part of. Many special relationships have come out the GAINSCO program. Terry Wilbert, our Team Manager of 12 years, Kyle Brannan and John Ward, two of the best Racing Engineers in the business and all the team members who made our racing so fun and successful will be friends forever. In addition, Jim Lutz and Mark Kent of GM Racing who were so supportive of our championship run in The Rolex Series and Nick Lester of Porsche Motorsports North America have been invaluable friends and partners of our team for many years and hopefully in the years to come."

Stallings continued, “And last, but certainly not least, Jon Fogarty and Alex Gurney. One of the most accomplished All-American Sports Car driving team seen in racing. Fast, smart, unselfish and both Champions, Jon and Alex were the magic sauce that made the team so special. They both are like sons to me and I cherish our special personal friendships" said Stallings.

GAINSCO Auto Insurance, the primary sponsor of the No. 99 Red Dragon™, will seek to continue its sponsorship in motorsports under a new engagement format. The Dallas-based auto insurer distributes policies through a network of thousands of independent agents and website marketplaces primarily across the southern states. They have very successfully used the motorsports sponsorship the last 11 years to build their brand and advance distribution strategies.