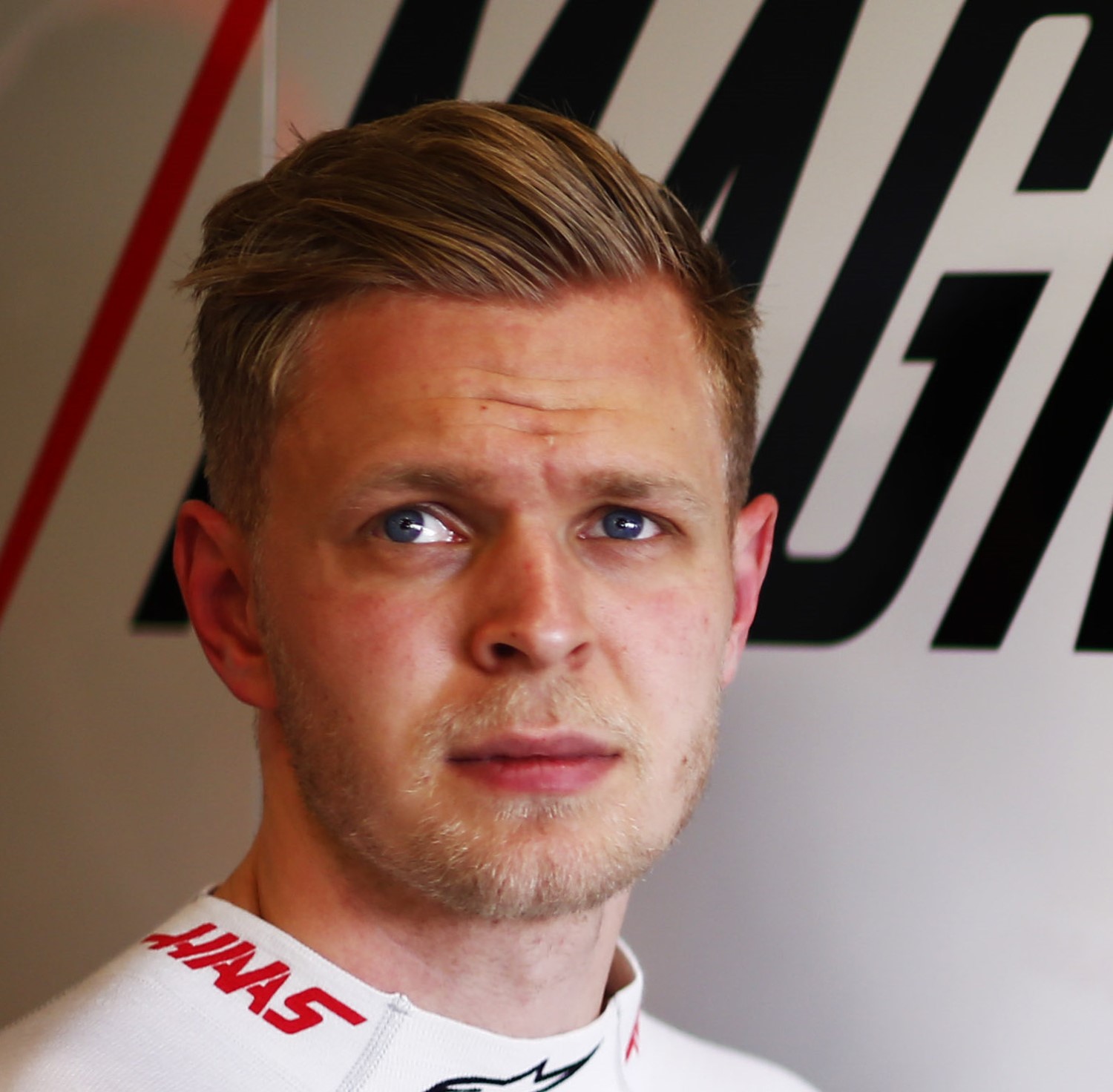 Earlier this year, we reported that the Haas driver's ousted former manager Dorte Riis Madsen is suing Magnussen for current and future earnings.

Since then, the two sides have been discussing a settlement but the Danish newspaper BT reports that talks broke down.

"That's right. I can confirm that," Dorte Riis Madsen's lawyer told the newspaper, which reported that a trial has been scheduled for three days in January.

She is claiming 20 per cent of all of the 25-year-old's earnings dated between September 2015 until June 2021, when their axed management contract was set to expire.

Magnussen's lawyer Kristian Paaschburg said: "I know the case is scheduled for three days in January.

"I also understand that there is a court settlement between Dorte Riis Madsen and Kevin Magnussen. But I have no idea what will happen," he added.

New rules to make F1 like 'driving a bus' – Hamilton

(GMM) Lewis Hamilton says next year's cars will be like driving "a bus".

The quadruple world champion is referring to the rule change from four engines per driver to just three next year, and the mandatory addition of heavy 'Halo' devices.

Already, Hamilton's Mercedes boss Niki Lauda told La Gazzetta dello Sport this week that Halo is akin to "protecting the drivers as though they are babies".

And Hamilton said he is ruing the rule change that will require drivers to be even more careful with engine mileage in 2018.

"It will definitely be worse," he is quoted as saying by Tuttosport. "We will be forced to drive like endurance drivers.

"Already we have all of this fuel, then with the arrival of Halo it will be like driving a bus.

"The cars will be as heavy as a Nascar, the braking distances will be longer, it's certainly not what we want as drivers. That's not how to make the most of our potential," Hamilton added.

(GMM) Christian Horner has defended Liberty Media's vision of the future of F1.

Earlier, Mercedes team chairman and F1 legend Niki Lauda admitted he was "worried" about Liberty's plans for a new engine formula and budget caps beyond 2020.

Osterreich newspaper also quoted Horner as defending a dip in profits for F1, saying Liberty Media is not to blame.

"They're investing in the business, which is a different model than what we were used to," he said.

"Niki and Bernie were together for 60 years, so probably change is more difficult to accept for them than for some others," he said.

As for Liberty, the new F1 sporting boss Ross Brawn told the BBC that he is "a bit shocked" with how Mercedes and Ferrari have opposed the engine and budget cap plans.

"Reflecting on it, maybe we could have presented it differently," he said, insisting he is open to talks and suggestions. "But I didn't anticipate the response to be as strong as it was.

"If that is the thing people are most upset about, then I apologize."

(GMM) Daniel Ricciardo is not sure Ferrari could be his next team in F1.

With Max Verstappen now signed up through 2020, Red Bull bosses Christian Horner and Dr Helmut Marko say they are prepared for Australian Ricciardo to make up his mind about a new contract beyond 2018.

"They want to keep myself and Max in the team, but I'm not in a hurry. I have a lot of respect for Red Bull but I still have time to analyze everything."

Ricciardo, 28, said his only goal is to be in "the best car" for his future, and he has been linked with a move to Mercedes to replace Valtteri Bottas.

But another option may be Ferrari, particularly given Ricciardo's Italian ancestry.

Asked if that would be a dream, Ricciardo answered: "If I say it's not, it will seem that I am not interested.

"But the word dream is a bit heavy. My dream is to win the world championship in the best car, so I don't know what else to say."

One hurdle to Ricciardo wearing red could be Sebastian Vettel, his old Red Bull teammate who may not be keen to link up with the Australian again.

"I'm not sure he'd take me," Ricciardo admits.

"I don't know if he has the power to tell the team who he wants, but I'm not going to think about that. All I have to do is keep driving at this high level and that's what will determine my destiny."

But to impress, Ricciardo has to continue to look good alongside Verstappen, his increasingly popular and spectacular 20-year-old teammate.

"He has improved a lot this year," Ricciardo admits, referring to the young Dutchman.

"Last year he made several mistakes, but Max's confidence is right up there at the moment.

"At the same time I've struggled a bit with the characteristics of the car, which only works well in a narrow range. I need to feel every movement in my butt and my hands, but this year it's been a little more difficult than last year," he said.

However, Red Bull's car is easily among the very best on the grid, which means Ricciardo's dream of fighting for the championship could come in 2018.

"The development we managed this year was amazing," he admitted.

"If we start next year on the same level as Mercedes and Ferrari, we will be the favorites," he added.

"My performance may not have been perfect, but everything I learned I will take with me into 2018. And that makes me very confident that I can be strong next year. But let's see," Ricciardo said.

As teammates at Mercedes until last year, the pair shared a particularly acrimonious relationship, even though they had been childhood best friends.

"But there is no hate, as there was between Lewis and Nico. It was bad for the team but not for them, because it pushed them to go faster," the Mercedes team chairman added.

Now, with Rosberg at the end of his first year of retirement, the German said he would be happy to be friends with Hamilton again.

"We were very good friends in the past, but it can happen again in the future," he told the German broadcaster ZDF.

"We're not rivals anymore, I'm completely out of it, so I don't see why we could not get along well after some time," Rosberg added.

However, Rosberg admits that he hasn't even had a phone call with Hamilton in 2017, even though they are apartment neighbors in Monaco.

But that doesn't mean he doesn't hail the new quadruple world champion Hamilton's driving in 2017, and accept his unique personality and controversial lifestyle choices.

"He does it his way and I have a lot of respect for that, it's a great quality," Rosberg said.

"Lots of people don't like what he does and how he is, which is a matter of opinion, but I think it's cool that he goes his own way."

Although the Maranello marque lost the 2017 title, Vettel was at least able to beat Mercedes' Valtteri Bottas to the checkered flag at the weekend.

"Brazil was a great day for us," Vettel told Italian radio Rai.

"Now I hope we can look good in Abu Dhabi and then win the world title next year."

But two F1 figures are warning that, despite Vettel's Interlagos win, Mercedes remains a major hurdle for Ferrari in 2018.

"I am delighted with Ferrari's victory," said former Ferrari president Luca di Montezemolo, who when he left office clashed spectacularly with his successor Sergio Marchionne.

"Unlike finance and economics, sport is not an exact science," he told Radio Capital. "It is easy to talk but much more difficult to win.

"Ferrari had a good season, but unfortunately did not win the title. And I think that in Brazil Hamilton would have won if he had started from pole," Montezemolo added.

Fellow Italian Flavio Briatore agrees: "We are all happy with Ferrari's victory, but we must not forget that the protagonist (Hamilton) was out. And we all saw his comeback."

Lance Stroll described his Brazilian Grand Prix as a "tough weekend" after he suffered a series of issues en route to finishing as the final classified runner.

Stroll suffered a gearbox problem during the final practice session, damaging his power unit, meaning Williams had to revert to a previous unit, which was down on performance.

Stroll was eliminated from Q1 and a gearbox penalty dropped him one position to 16th on the grid, from where he stalled, slipping to the rear of the field.

The 19-year-old circulated in the lower end of the midfield group for the bulk of the race, and suffered a flat spot in his attempt to overhaul Haas rival Romain Grosjean.

The tire eventually delaminated, forcing Stroll into the pits again, and meaning he came home a twice-lapped 16th.

"Everything has been bad this weekend," said Stroll, who slipped behind team-mate Felipe Massa in the Drivers' Championship, after the Brazilian finished seventh.

"It was very hard for me, because with the power unit we changed to after a problem in FP3, we had no qualifying mode, so I was running the old spec power unit and was losing time, lap after lap.

"I then stalled at the start and just couldn't compete. I had a flat spot and I knew there was going to be a problem.

"I had Grosjean on old tires, I had DRS but I didn't have enough drive to get alongside him so I had to dive and then you risk a flat spot and that is just what happened.

"All in all, it has been a tough weekend and now I am just looking forward to Abu Dhabi."

Mercedes boss Toto Wolff believes the outfit had the "quickest car" at the Brazilian Grand Prix, despite missing out on victory to Ferrari's Sebastian Vettel.

Mercedes ran 1-2 in each practice session at Interlagos across Friday and Saturday morning, as the team strived to take its fourth successive victory at the circuit.

Valtteri Bottas claimed pole position, his third of the year, but lost out to Vettel under braking for the Senna 'S', and trailed the Ferrari driver throughout the remainder of the race.

Lewis Hamilton, meanwhile, spun into the barriers through Laranjinha Curve in Q1, and started from the pit lane, from where he recovered to fourth spot, five seconds behind winner Vettel.

"Valtteri pushed every lap of the race, hanging on to Sebastian but unable to close in quite enough to claim the lead, at a circuit where overtaking is difficult between cars of similar performance," he said.

"The race was decided from the start: he got wheel spin on the start which opened the door to Sebastian at Turn 1.

"Meanwhile, Lewis delivered the best fourth-place finish I have ever seen.

"He transformed a pitlane start into a finish just five seconds off the front.

"It was one of his best performances of the year and showed that we had the quickest car here by a good margin.

"The win would have been possible [without the qualifying crash] as Lewis was the quickest guy out there.

"He threw everything at it and it was a champion's drive.

"Now we move on to Abu Dhabi and will be aiming to finish our season on a high."

Mercedes has triumphed at the Yas Marina Circuit for the past three seasons.