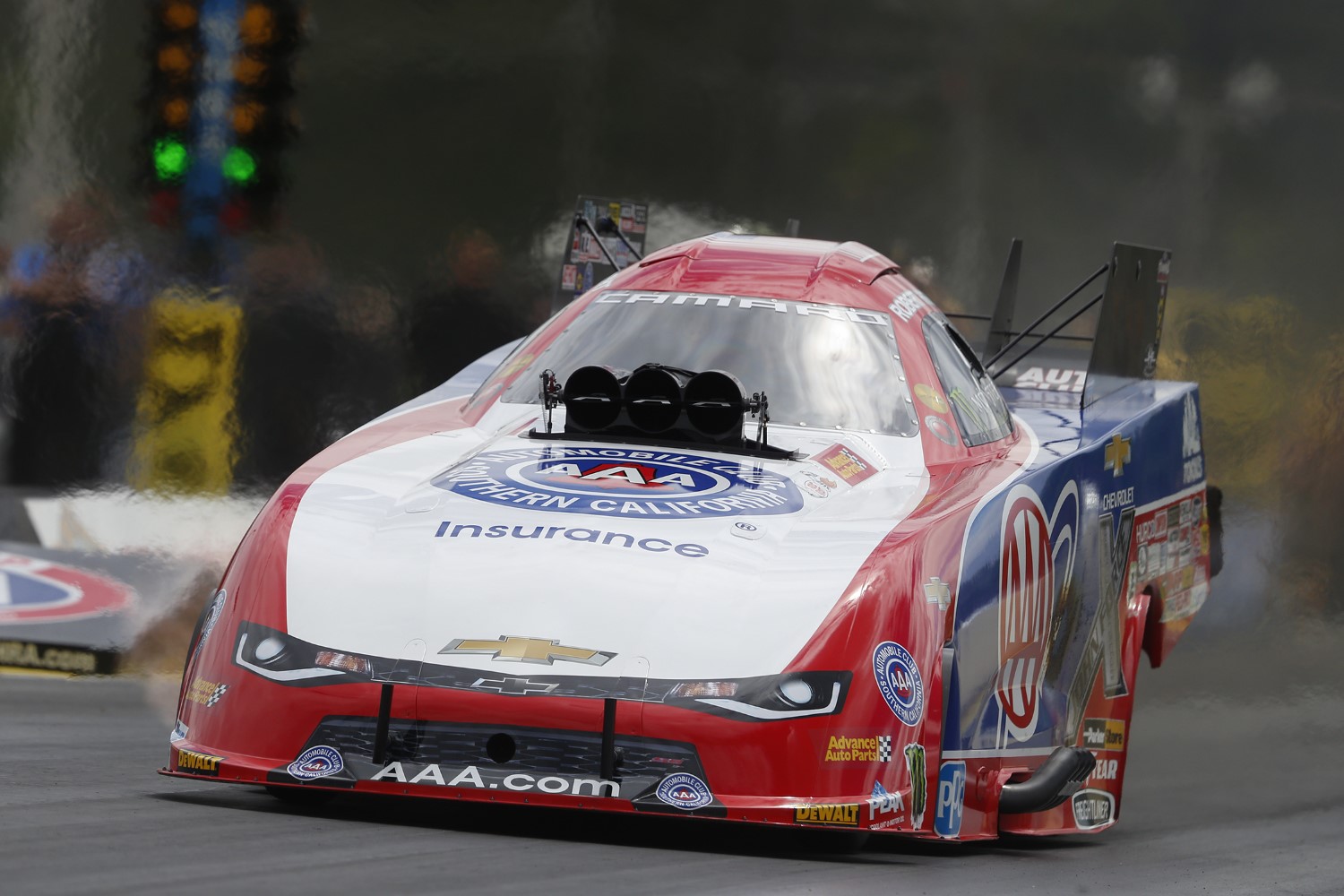 Chevrolet was awarded the National Hot Rod Association (NHRA) Manufacturers Cup during the NHRA Mello Yello Drag Racing Series Awards Ceremony Nov. 13 in Hollywood, California. Chevy first earned the award in 1966, and no other manufacturer has won it more times.

Points accumulated by Chevrolet Camaro SS and Chevrolet COPO Camaro drivers in the professional and Sportsman classes were more than double the closest manufacturer’s total.

“It’s a tremendous honor for Chevrolet to win the NHRA Manufacturers Cup for the 22nd time," said Jim Campbell, Chevrolet U.S. Vice President, Performance Vehicles and Motorports. “This achievement is the result of the collective dedicated effort of the Chevrolet engineering staff with our Chevrolet Camaro SS teams in the Pro Stock and Funny Car classes, as well as our COPO Camaro teams and drivers in the Sportsman classes. It takes a focused effort to earn this championship, and we thank the drivers, crews and all who made this possible."

Bo Butner of KB Racing was crowned the Pro Stock champion by winning the season finale. It is Butner’s first professional NHRA title with five wins to his credit including the finale Sunday at Pomona.

Gray, 18, from Mooresville, North Carolina, was named the 2017 Automobile Club of Southern California Road to the Future Award winner. Following in the footsteps of his grandfather (Johnny Gray) and father (Shane Gray), Gray is keeping the winning family tradition on track.

Though not contributing to Manufacturers Cup points, Brittany Force claimed her first Top Fuel championship and the second by a female in Top Fuel competition. She registered four victories in her Monster Energy Chevrolet dragster.