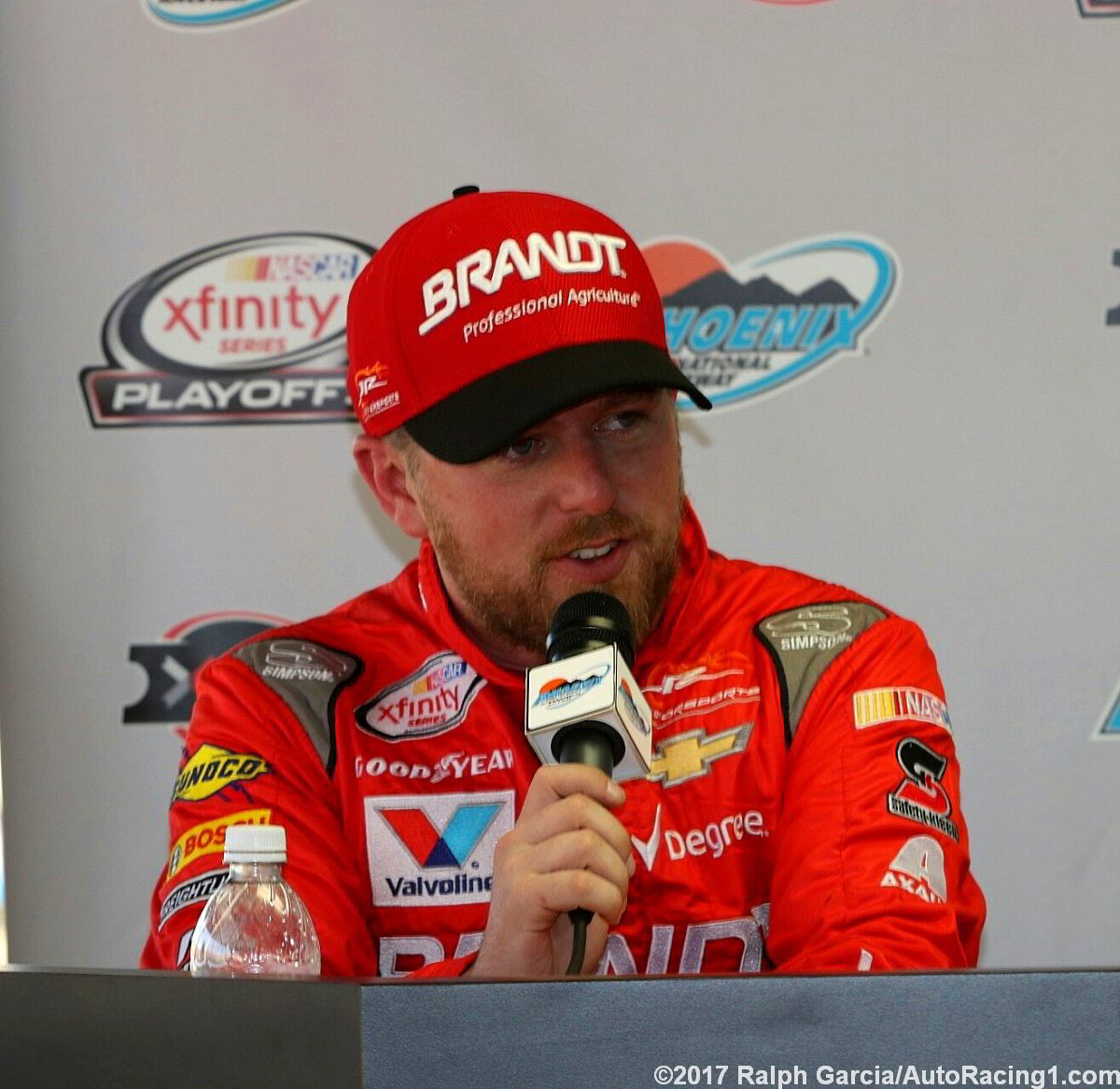 NASCAR XFINITY Series crew chief Jason Burdett has been fined $10,000 and suspended from this week’s championship-determining Ford EcoBoost 300 for a rules violation during this past weekend’s race at Phoenix Raceway.

Burdett is crew chief for the No. 7 JR Motorsports Chevrolet driven by Justin Allgaier, who is one of the drivers in the Championship 4.

The infraction was discovered during post-race inspection.

As a result of the infraction, Allgaier’s 10th-place finish in Saturday’s Ticket Galaxy 200 at Phoenix is also encumbered.

Additionally, the team has been assessed with the loss of 10 championship driver and car owner points. It will not affect Allgaier’s championship eligibility.

Allgaier, 31, is one of three JRM drivers who will compete for the XFINITY Series championship Saturday at Homestead-Miami Speedway. Teammates William Byron and Elliott Sadler, along with Richard Childress Racing driver Daniel Hemric, make up the Championship 4 that will battle for the 2017 title.

Burdett has been crew chief of the No. 7 team since 2015 and has four wins in the series, including two this year.