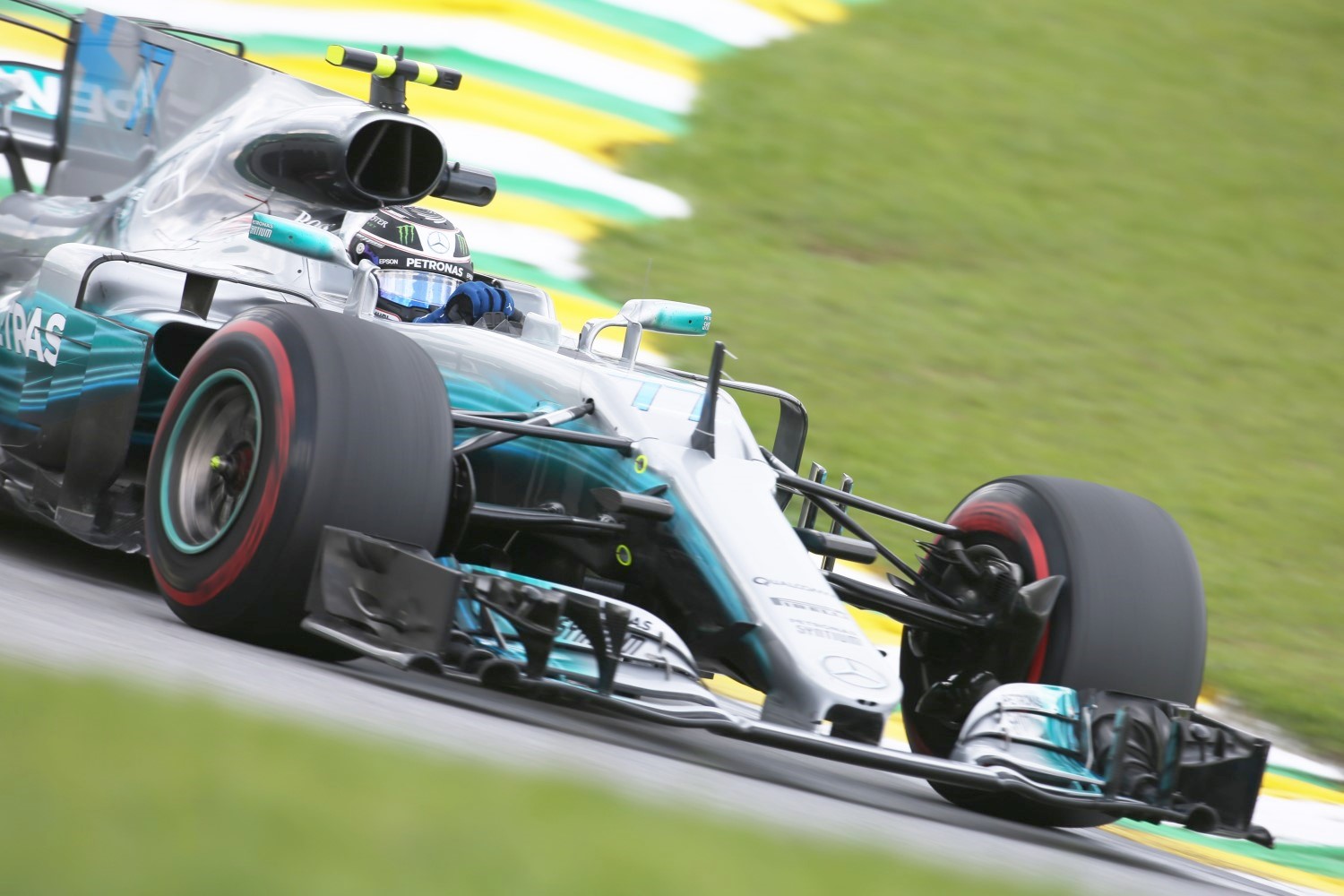 Just 0.058s covered the four Mercedes and Ferrari drivers at the end of final practice in Brazil on Saturday but of course we know the Mercedes sandbag until qualifying and the race. The Silver Mercedes cars of Valtteri Bottas and Lewis Hamilton headed the red Ferraris of Kimi Raikkonen and Sebastian Vettel, all of them nearly a second clear of the fifth-placed Red Bull of Daniel Ricciardo.

Fernando Alonso was a strong seventh for McLaren, with teammate Stoffel Vandoorne also making the top ten behind the Force Indias of Sergio Perez and Esteban Ocon and the second Red Bull of Max Verstappen.

Verstappen was the only driver whose fastest time has been set on the soft tire. What can he do on the supersofts? Run wide at Turn 4 was the answer. The Dutchman took too much curb on the corner exit and lost the rear end. A shake of the head and a trip through the mud later and he got going again.

With his tires cooked, Verstappen will head into qualifying without a proper supersoft run under his belt.

The times in the midfield were also close, however, with 0.737s covering Ricciardo in fifth and Toro Rosso’s Pierre Gasly in 16th.

Rain is still expected for qualifying even though it held off for this session, and a super-tight Q1 in particular is in prospect, while the battle for pole will be spectacular as Ferrari have made up some of the already small deficit they had to Mercedes yesterday. It remains to be seen whether Red Bull can pull themselves up again.

Lance Stroll failed to set a time after his Williams lost drive early in the hour and will receive a new engine and gearbox ahead of qualifying, the latter of which will likely mean a five-place grid penalty for the Canadian rookie.