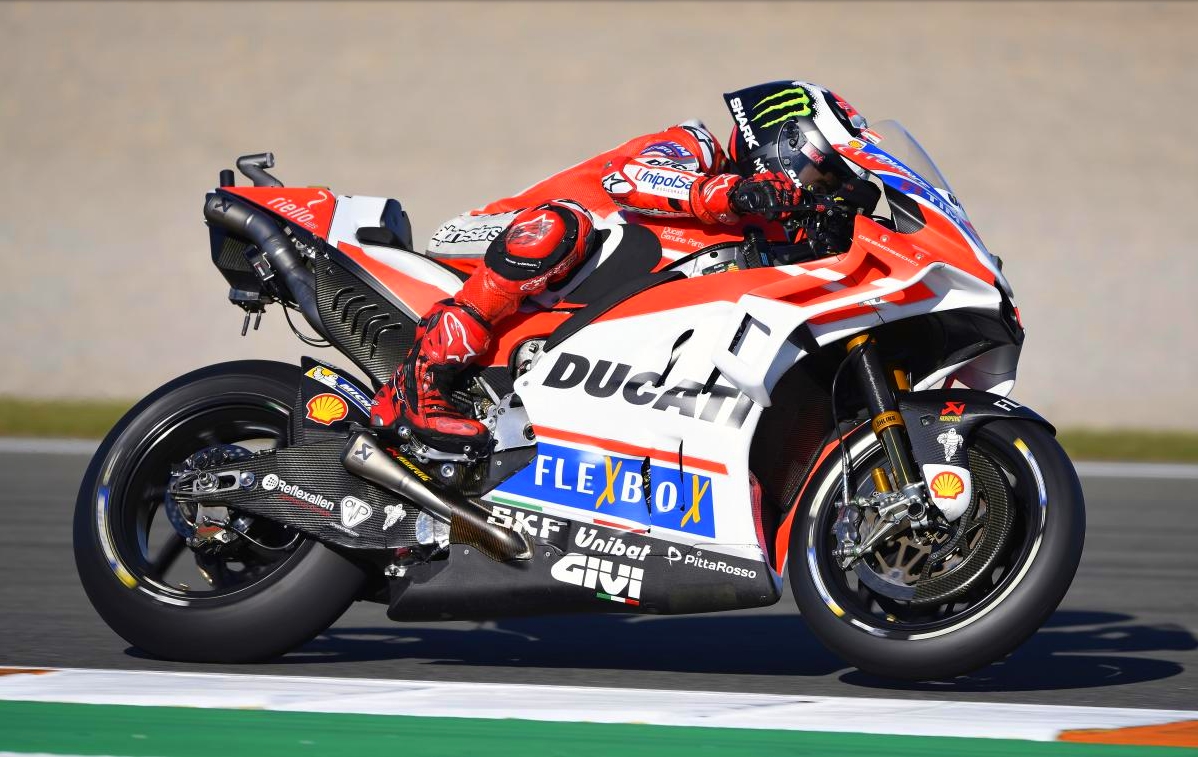 Jorge Lorenzo (Ducati Team) was quickest on Day 1 at the Motul Gran Premio de la Comunitat Valenciana, taking to the top late on in FP2 as a number of high profile crashers also marked the session, including FP1’s fastest Andrea Iannone (Team Suzuki Ecstar) and Championship leader Marc Marquez (Repsol Honda Team). Dani Pedrosa (Repsol Honda Team), who has the most wins at Valencia across all classes, was second fastest behind Lorenzo, with Andrea Dovizioso (Ducati Team) the fastest of the title challengers in third to complete the good news for the Borgo Panigale factory.

Iannone ended Day 1 in fourth on combined times, ahead of Rookie of the Year and top Independent Team rider Johann Zarco (Monster Yamaha Tech 3). Marquez was sixth, with Jack Miller (EG 0,0 Marc VDS) taking P7 after a stunning session in the morning – and exactly the same laptime in both sessions.

Cal Crutchlow (LCR Honda) was eighth, with Ducati team test rider and wildcard Michele Pirro putting in another impressive performance to go ninth quickest overall. Pol Espargaro (Red Bull KTM Factory Racing) impressed once more, close to the top in the morning and then able to complete the top ten at the end of action.

It was a more difficult first day for the Movistar Yamaha MotoGP duo, with Valentino Rossi in eleventh to edge teammate Maverick Vinales in P12. Aleix Espargaro (Aprilia Racing Team Gresini) was thirteenth despite a crash as he returns from injury, with Scott Redding (Octo Pramac Racing) and Karel Abraham (Pull&Bear Aspar Team) the final of the fastest fifteen on Friday.