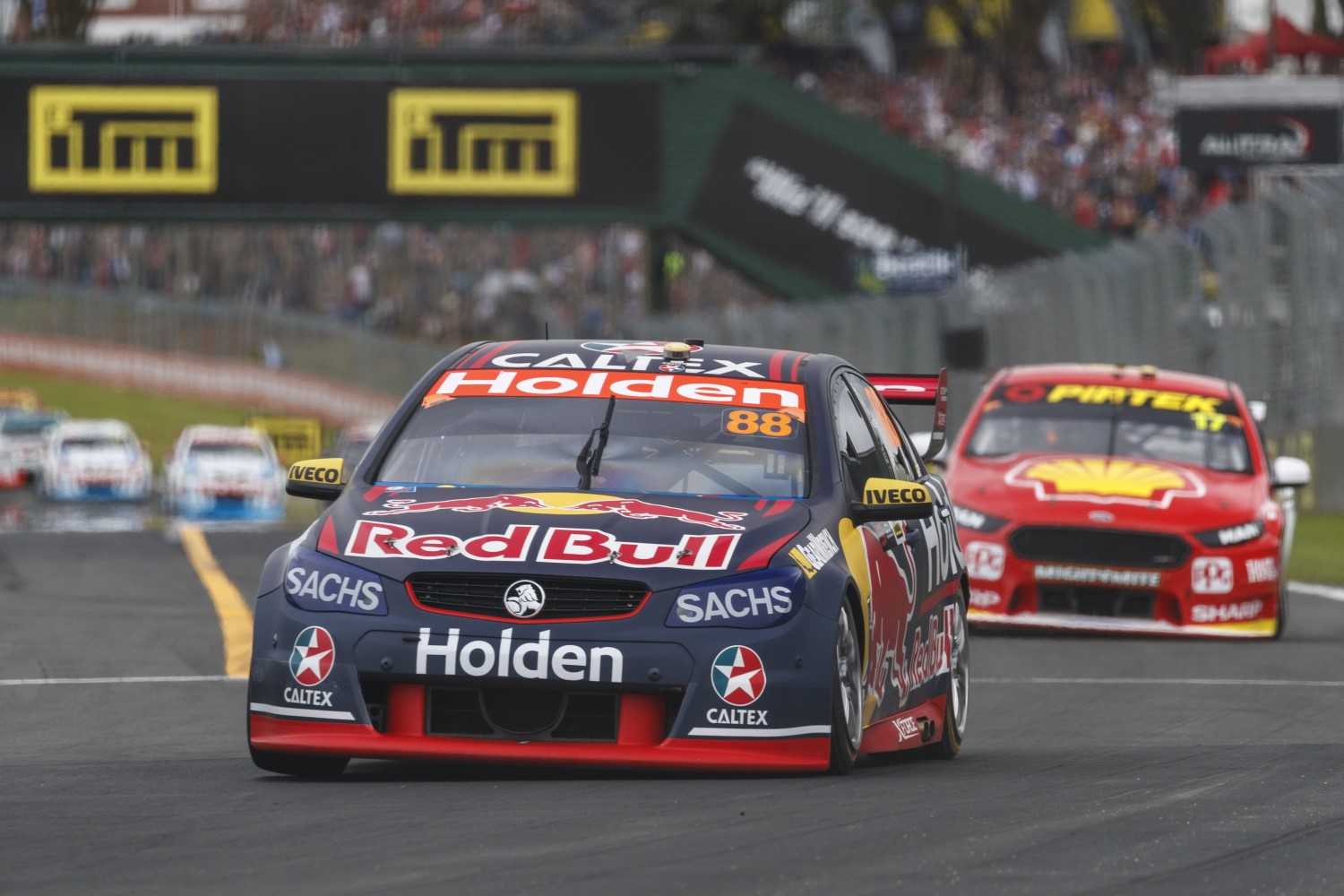 The stage is set for the most exciting finishes to a Supercars season ever, following Jamie Whincup’s memorable race win at the ITM Auckland SuperSprint today.

It capped off a dominant weekend for the Red Bull Holden Racing Team with Whincup backing up teammate Shane van Gisbergen’s victory yesterday. Whincup says he can’t wait to see what the new Newcastle track has in store for drivers as he chases a 7th Supercars Championship .

“We needed that, we were just trying to give ourselves an opportunity at this one because that team besides us [Shell V-Power Racing] is pretty quick."

“It’s not over until the fat lady sings, we just don’t know what Newcastle is going to throw at us. We’ll be striving until that last lap on Sunday [in Newcastle]."

McLaughlin finished second today ahead of Monster Energy Ford young gun Cam Waters who rounded out the podium in third.

“I’m pretty gutted … we risked a lot there and we had to save a lot of fuel at the end because I was on fumes," McLaughlin said.

“I was pushing bloody hard and I thought I had Jamie there but we just didn’t.

“It’s on for Newcastle. We’re in contention and we’re going to try and bring home that championship cup. You couldn’t ask for a better script for that final race."

Whincup, who started today’s race from his 75th career Pole Position, was also awarded the Jason Richards Memorial Trophy for best results of the weekend in New Zealand. He also claimed that crown in 2015 and today emotionally received the trophy from Richards’ parents.

“Wow, I didn’t realize that. I was teammates with JR, first podium with him back in 2005, so it’s always very very special," Whincup said.

It was Whincup’s third race win of 2017 after previous victories in Townsville and the Sydney SuperSprint. It was also his sixth race win in New Zealand, following his two victories at Pukekohe Park Raceway in 2016.

Defending Supercars champion, van Gisbergen, all but handed over his title chances after running in too fast to pit lane and smashing into the back of Tim Slade’s Brad Jones Racing Commodore, destroying the bonnet of the Red Bull Holden.

Yesterday’s race winner did return to the track to finish in 24th position which could be crucial for the team championship result.

“Hero to zero. I’d rather it was the other way around," van Gisbergen said.

“Tim was there and it wasn’t his fault. I’m sad it wrecked his day and sad it hurts our team championship as well."

Mostert is also now all but out of championship contention after a bizarre incident on the opening lap saw his Supercheap Auto Falcon caught up in a heavy collision with teammates Mark Winterbottom and Cam Waters.

Waters dived passed yesterday’s runner-up Winterbottom which caused the Bottle-O Falcon to run into the side of Mostert, spinning it 180 degrees. Mostert recovered to finish 7th while Winterbottom ended up back in 19th position.

The results of the two races in Newcastle will not only decide the drivers’ championship for 2017 but also the coveted teams’ championship with just Red Bull Holden Racing Team and Shell V-Power Racing left in contention for that crown.

The final two races of the year will be held at the first ever Coates Hire Newcastle 500 on the streets of New South Wales’ second largest city from November 24-26.