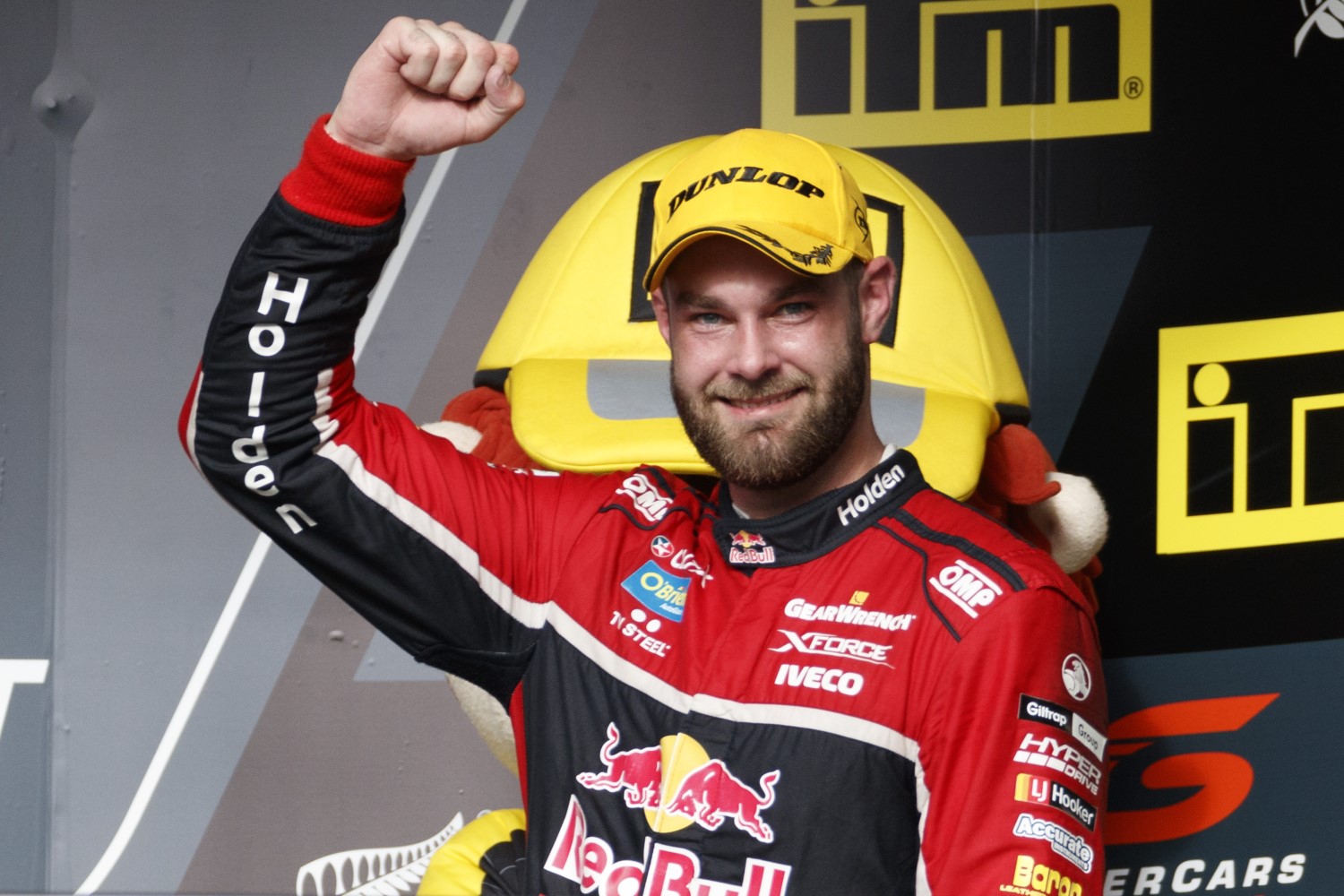 Auckland-born Shane van Gisbergen has continued his dominance at Pukekohe Park Raceway by claiming a dramatic win the opening race of the ITM Auckland SuperSprint.

Another Kiwi, Fabian Coulthard, who started the day second in the championship, had to crawl from his car after it flipped onto its roof at high-speed, following an incident which may have ended his title ambitions for 2017.

The only other driver left in title contention, Chaz Mostert received a drive-through penalty for his role in the Coulthard crash and finished 23rd.

“It’s all on me. You don’t want to see any cars taken out. Definitely when you make a mistake just by pushing the limit," Mostert said.

"I thought he was still on the track on the outside there, I thought I was still in second gear from when I locked the rears all the way back. I probably made it a lot worse than it had to be."

Coulthard’s DNF means he slips to third (2590) while van Gisbergen’s race victory moves him to fourth (2541) ahead of Mostert (2490) who is now fifth and 210 points behind Whincup.

After the race Coulthard said it was an unfortunate incident but any driver would've done the same in that situation.

"It just basically all stems from that redress that Chaz tried to do when he bumped Reynolds out of the way," Coulthard said.

“Being a racer that I am, you go to anyone down pit lane they would’ve done exactly the same thing I did.

“There was a gap, I went for it and I just got a tag from Reynolds so it is what it is.

It was van Gisbergen’s third race victory at Pukekohe following his first in 2014 and one in 2016.

“Stoked, unfortunately I wrecked a guard there doing a skid but it was worth it," van Gisbergen said after his trademark burnout celebration.

“Glad the weather held off, put on a great race and we were a bit lucky with the Safety Car but it happened at Bathurst like that.

"It’s awesome, goes both ways, I’m so stoked. Look forward to tomorrow and give it a good shot.

There were plenty of intense moments in the race which started under grey clouds following an abandoned qualifying session.

Cam Waters started from Pole Position but couldn’t hold off Whincup who jumped to an early lead. Van Gisbergen leapfrogged three places on the start from sixth to third and sat back as Whincup and McLaughlin went door to door in the opening laps.

Whincup even received a bad sportsmanship flag during his intense battle with McLaughlin throughout the race which had fans in the grandstand on the edge of their seats on a number of occasions.

On lap 18, the pairs tussle flirted with disaster as the six-time champion edged his rival onto the grass at Turn 10. McLaughlin held onto the Shell Ford after a wild slide.

Whincup continued to soak up the pressure from a clearly faster McLaughlin before an off for James Courtney on lap 32 brought about an early second round of stops.

Shortly after the restart, McLaughlin finally took Whincup at the Turn 8 hairpin, returning serve on his rival by running him wide on the exit.

Whincup then stalked McLaughlin but couldn’t recover his position and finished fourth to maintain his slender lead.

“We had a crack, so cool to see a kiwi on top. I wanted to be it … but who cares, it’s good for the crowd here. When I passed Jamie I could see them all cheering, sends goose bumps up me, it’s awesome," McLaughlin said.

“I was holding my breath when I was full locked right, around that far sweeper.

“We race hard and fair. I think that’s what the crowd comes to see."

Behind McLaughlin and Whincup, Jason Bright held on for a season-best fifth ahead of Tim Slade, Garth Tander, Craig Lowndes, Waters and Lee Holdsworth.

Drivers will now do it all again tomorrow with a second qualifying session (10:25am AEDT) and a final 200km race at 2:10pm AEDT which could prove crucial in determining just which driver will walk away as Supercars champion for 2017.

Full race results can be found by clicking here.