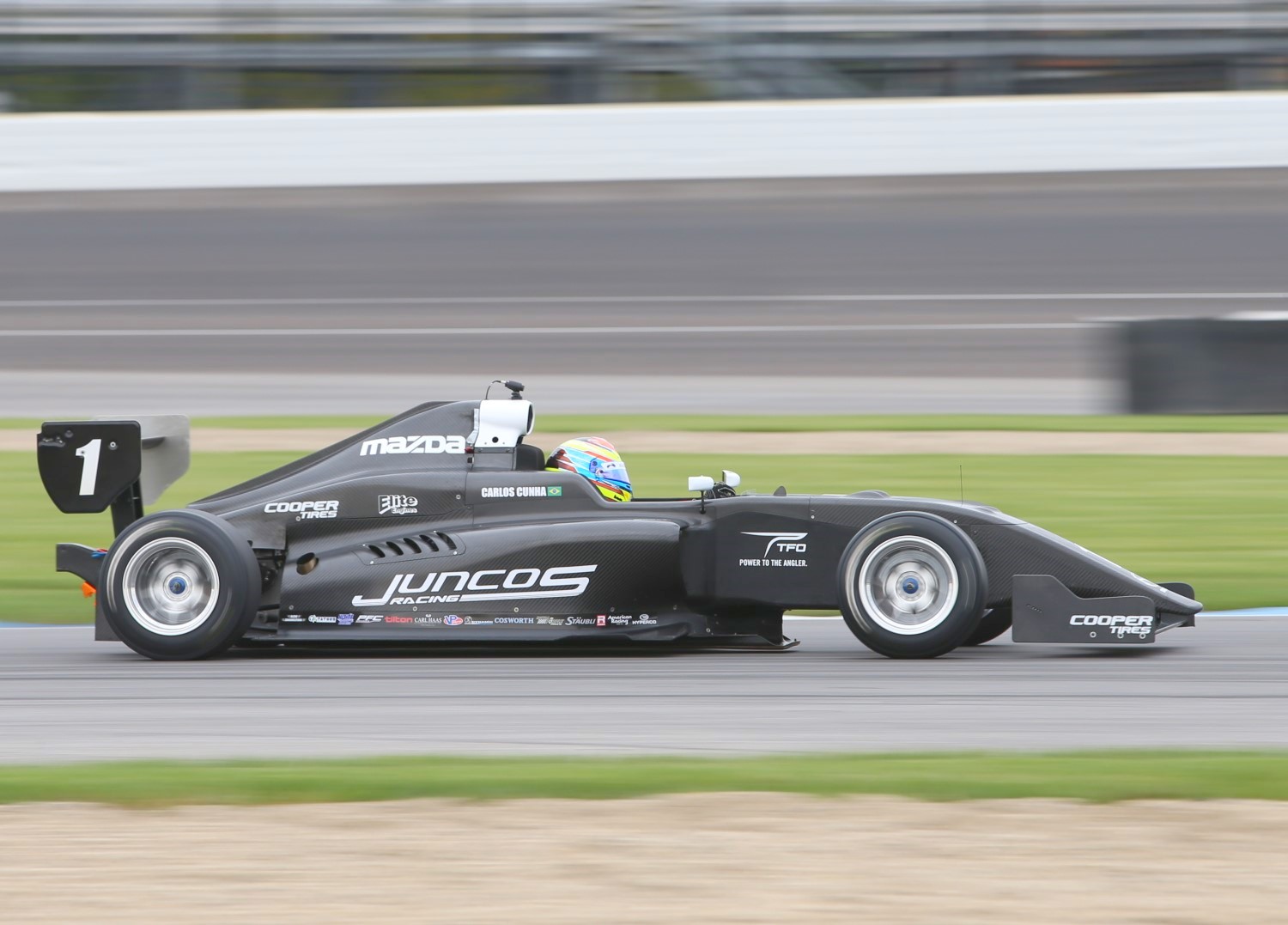 The PM-18 still had that new car smell.

Six teams tested the PM-18. A couple drivers had experience from the previous Pro Mazda car that helped form their opinion of the new car for the 2018 season.

“It feels smoother than the old car and the brakes are so much better. It’s just a better braking car, better accelerating and a better handling car," said Sting Ray Robb, who tested with Juncos Racing. “Now, you have to brake much later by nearly 100 feet and so it’s a massive amount of difference. Also, you have to do bigger changes to get the same kind of reaction that you would out of the old car.

“The old car used to be quite edgy due to the short wheelbase, so now with the longer wheelbase, it feels more stable, more calm and easier to drive but the new fly-by-wire throttle is really nice to have," Robb added. “I do like the mechanical throttle, but it’s time for a change so I think it’s going to be good."

Carlos Cunha also tested with Ricardo Juncos’ team and finished third in this year’s Pro Mazda championship. He was fastest in Saturday’s opening session and second quick in the next two sessions.

Cunha spent much of his day on track zeroing in on the differences in how the PM-18 performs compared to the old Pro Mazda car.

“You can drive the (new) car better, you can try different things, different lines," he said. “We can try trail braking and different things like (an) Indy car. It’s going to be a really big challenge for the drivers and the teams because it’s a completely different car and it’s an amazing car."

Dan Andersen, owner of Andersen Promotions which owns and operates the Mazda Road to Indy under INDYCAR sanction, was delighted to see the PM-18 in action.

“It’s a great satisfaction and relief," said Andersen. “A lot of time and effort went in on the part of my staff, my project manager, Scot Elkins, the folks from Tatuus and Elite Engines. I think what we’ve put together is a fantastic package and it does complete the overall ladder that we’ve envisioned for the last several years.

“This is a serious race car, this is a serious package, it does exactly what I want it to do. It takes the drivers who learn mechanical grip and competition in USF2000 and it teaches them aerodynamics and much higher speeds. It’s the perfect training ground to move them into Indy Lights."

All three MRTI levels are participating in the two-day Griffis test. During Saturday’s first day of testing, Nico Jamin was quickest in Indy Lights for Belardi Auto Racing with a best lap of 1 minute, 15.7173 second in his No. 5 Dallara IL-15 Mazda. Pro Mazda’s fastest Saturday runner was 2017 USF2000 champion Oliver Askew at 1:19.8920 in the No. 8 Cape Motorsports PM-18 Mazda. The top USF2000 time went to Andres Gutierrez of Pabst Racing with a lap of 1:25.5618.