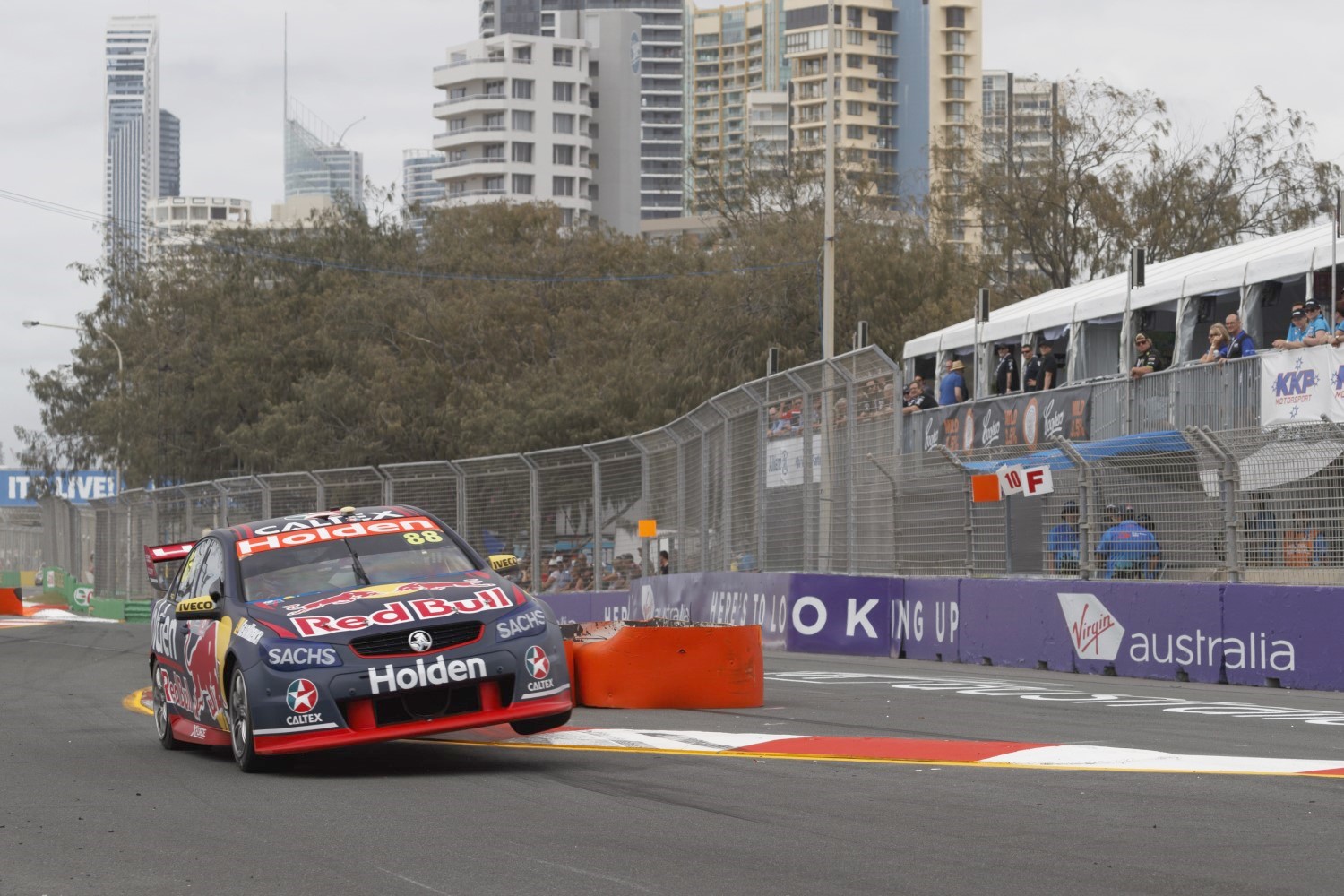 Jamie Whincup has signaled his championship intentions in emphatic style today, setting the fastest ever lap time on the streets of Surfers Paradise.

Red Bull Holden Racing’s Whincup holds the record for the most wins on the Gold Coast, with eight, and became the first ever driver to go under 1 min 10 seconds for a lap during the final practice session for this weekend’s Vodafone Gold Coast 600.

“The car is good, it feels comfortable to drive. We pushed hard on good tires and got the most out of it. I like this place so it is good to go quick," Whincup said after his stunning lap time.

“The track was perfect and these news tires a grippy. It was great."

Mostert was also quickest in the opening practice session of the day and his pushing for his first-ever win on the GC600 track.

“I am pretty pumped to be up in the top three. This year has been kicking me. I have never felt comfortable around here in the car so it’s a great feeling," Mostert said.

“I could do what I wanted to do out there. I am sure we can tune it a bit more yet. You are never completely happy but the guys have done a good job today."

Coutlhard’s teammate Scott McLaughlin is tipped to improve on his results from practice during qualifying tomorrow, as he aims to claim his 15th pole position of 2017.

Qualifying will begin at 9:40am local time tomorrow morning before the 300km race at 2:25pm local time.

A second round of qualifying, a Top 10 Shootout and a second 300km race will be held tomorrow which will decide the winner of this year's PIRTEK Enduro Cup.