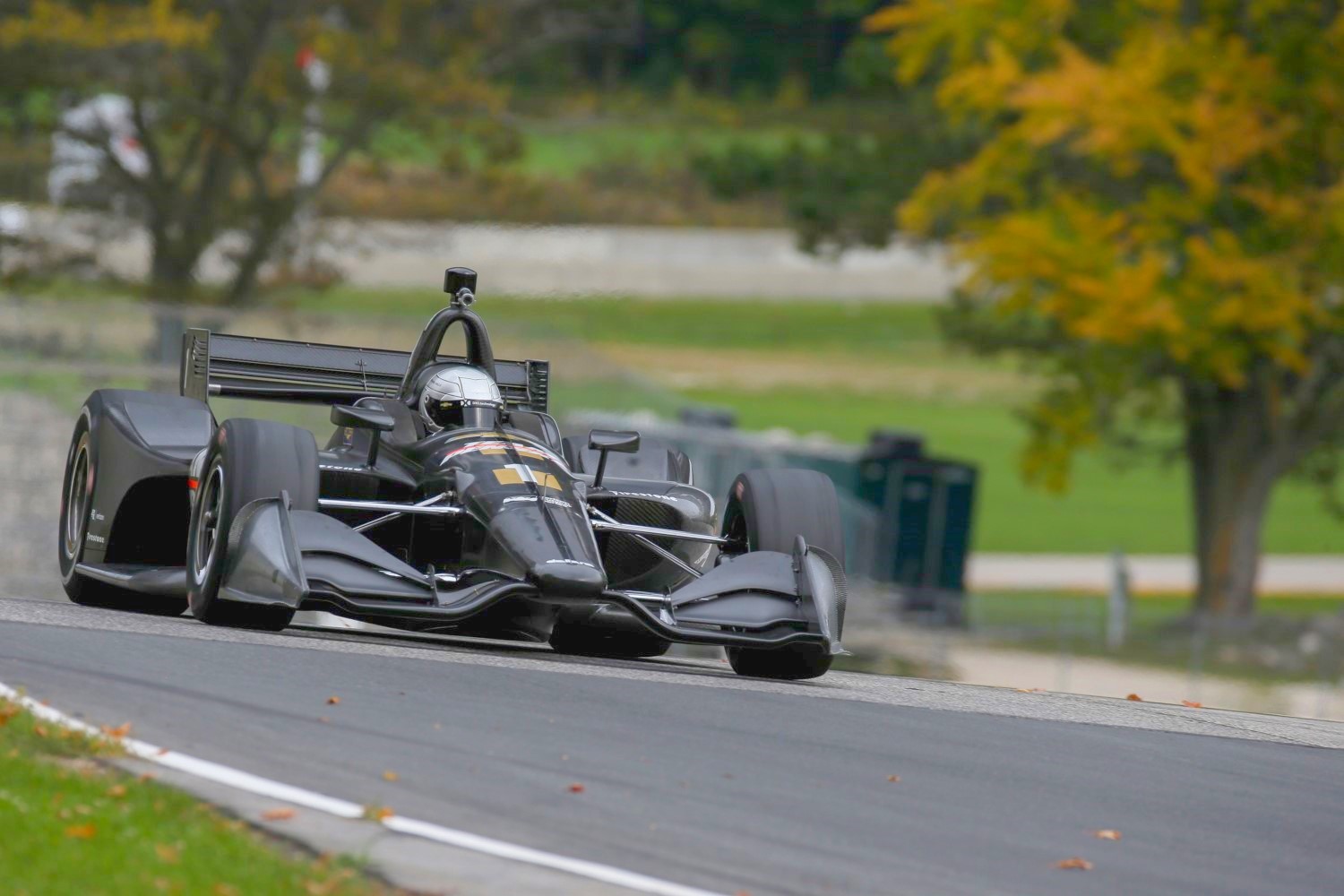 erizon IndyCar Series engine manufacturers Chevrolet and Honda continued the learning process of working with the new universal aerodynamic body kits that will debut in 2018 with one day tests at Road America and Mid-Ohio Sports Car Course, respectively.

Tuesday’s test were the first of the five manufacturer tests that the manufacturers can conduct before the end of the year, although no more than two cars can participate in any test.

Private team testing will begin in January, allowing time for teams to receive the universal kits and attach them to their Dallara IR-12 chassis.

Here’s the first in-car look from the 2018 car courtesy Pigot and #VisorCam.