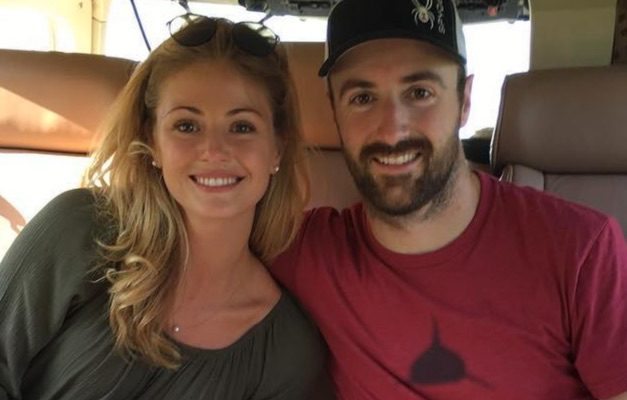 TORONTO — James Hinchcliffe is recognized as much for his performance on the "Dancing with the Stars" as he is for his on-track exploits on the IndyCar circuit.

The Canadian driver finished second on Season 23 of the hit ABC television show last year with partner Sharna Burgess, so it's easy to think Hinchcliffe would be a hit at a wedding or nightclub when given the opportunity.

In fact, the opposite is true. He's nowhere near as comfortable on the dance floor as he is behind the wheel.

"People don't believe me but I can't dance," Hinchcliffe said with a laugh. "I just can't and they refuse to believe it. I actually was at a wedding the weekend after the season ended and that same conversation comes up every time and people just kind of assume. But the problem is, I actually have no natural ability to dance."

The eight-week run on the program led to appearances on "Ellen," "Good Morning America," "Entertainment Tonight," "Access Hollywood" and "The View."

"If you give me eight hours a day for six days in a totally pre-choreographed routine to a pre-selected song, yes, fine, I could do a 90-second dance for you," Hinchcliffe said. "But if you just put music on and say, 'Go,' I'm going to sit there and (wave my arm in the air) like every other guy in the room because that's all I can actually do on my own."

Hinchcliffe, 30, from Oakville, Ont., has also made appearances on the crime-solving series "Private Eyes'' and "Celebrity Family Feud.''

He held a media availability at a downtown lounge Monday during a promotional appearance with Sonnet Insurance. Gregory Strong/Canadian Press