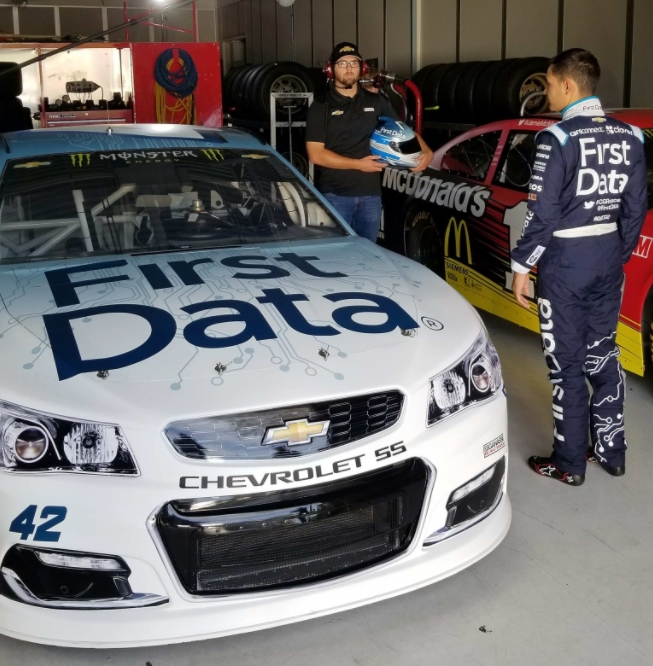 NASCAR driver Kyle Larson is "part of the demographic NASCAR is desperately trying to reach," and his new sponsor, global payment technology solutions firm First Data, is the type of company that young people "can relate to," according to Brendan Marks of the CHARLOTTE OBSERVER.

First Data’s tech is "something you might already use every day, especially if you’re tech-savvy."

Larson said, "Any sponsor you get is great, but I guess when it is shifted more toward a younger demographic, I definitely think that’s good for our sport." Marks notes NASCAR has "failed to convert younger generations into fans, and as a result, viewership is consistently down."

That is why it is "so crucial, even if it may not appear so on the surface, that Larson is posing for these commercials and teaming with a technology sponsor." It "represents another step from NASCAR, perhaps one of the more significant steps yet, to pull in those young fans."

NASCAR has "attracted some sponsors that appeal more to younger generations," including title sponsor Monster Energy and Microsoft. However, there is "no Apple car, and no Xbox or Nike sponsorships to be seen." Larson said that those are the "types of brands, the ones that younger generations already have a strong affinity for, that will hopefully bring more 18-24 year-olds into the stands." CHARLOTTE OBSERVER