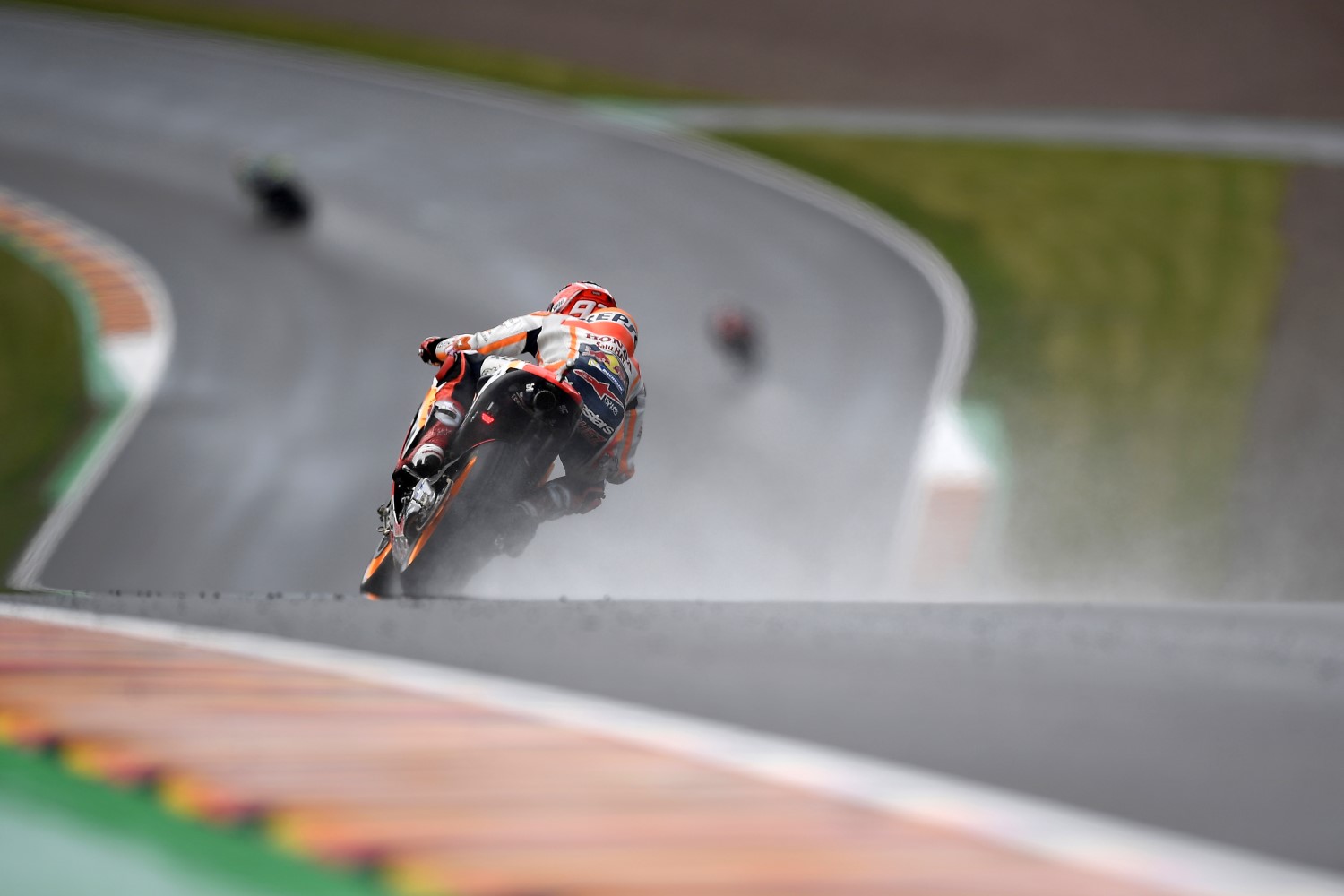 Marquez was already leading when he put up two quick times late on, as the track slowly dried, ending up with a 2:01.243, half a second clear of Honda teammate Dani Pedrosa.

Much of the attention was understandably on Valentino Rossi's return, the Yamaha rider back on his MotoGP bike just 22 days after sustaining double leg break to his right leg.

Rossi briefly spent a phase in the top 10, looking relatively comfortable out on track, and completing eight laps, before returning to the garage to talk with engineers.

As rivals improved, Rossi fell to 18th, around three seconds off the pace, but he still finished ahead of team-mate Maverick Vinales, who started the weekend in 20th.