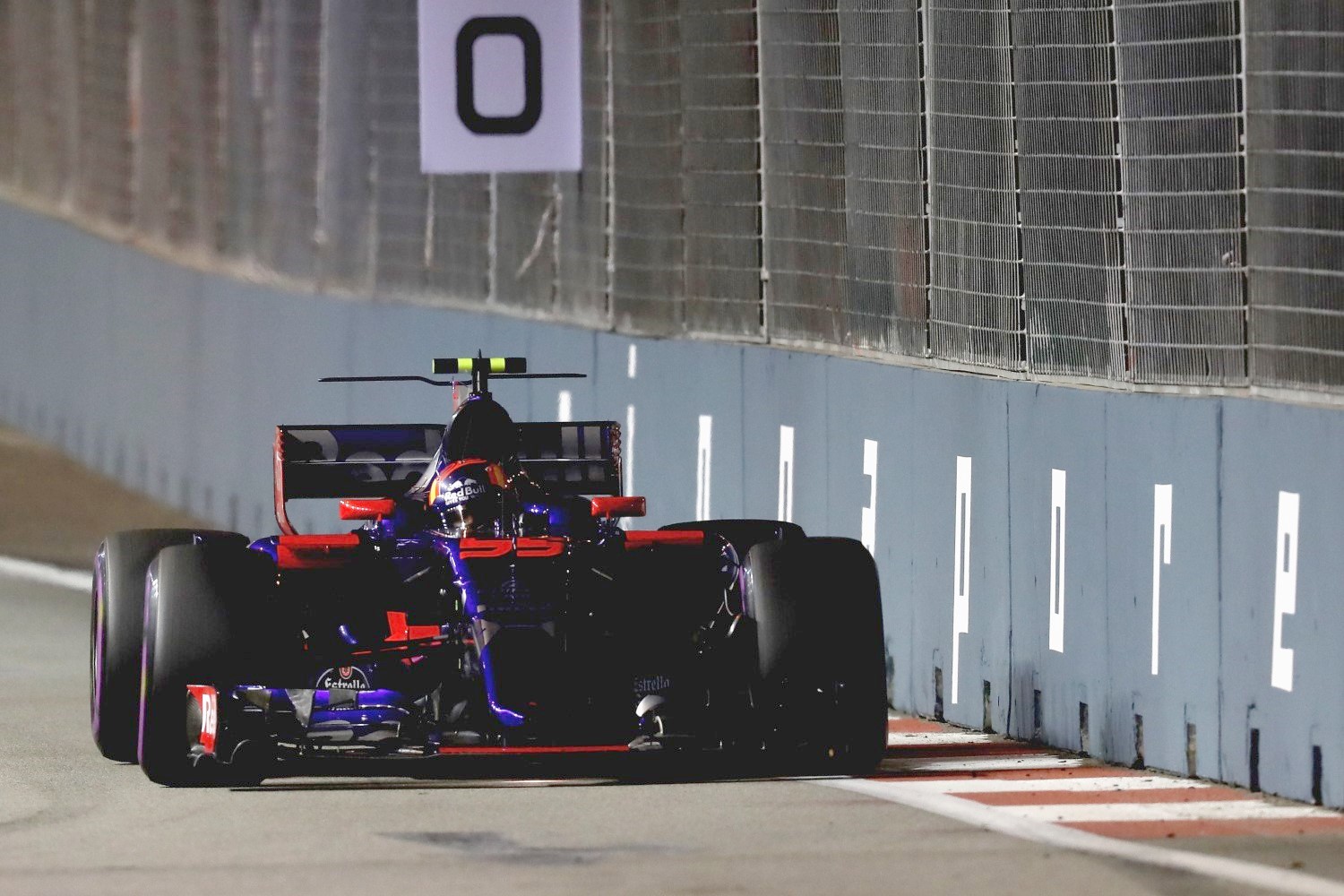 Sainz Jr. unsure if Singapore was last Toro Rosso race
(GMM) Carlos Sainz Jr. left Singapore on Monday wondering if it had been his last race for Toro Rosso.

The Spaniard made his F1 debut for the junior Red Bull team in 2015, but will be loaned to the works Renault team next year.

So when Sainz crossed the line in a career-best fourth place on Sunday, Toro Rosso boss Franz Tost told him on the radio: "Stay with us. We don't (want to) let you go."

Tost may also have been alluding to persistent speculation that Sainz, 23, could replace Renault's Jolyon Palmer as soon as the next race in Malaysia.

Reports indicate Palmer is weighing up a contract buy-out offer of between $3 and $7 million.

So when asked if Singapore was a fitting way to farewell Toro Rosso, Sainz answered: "Yes, but I'm still not thinking this was my last race.

"I told my team and my mechanics beforehand to not worry about what happens next. Let's just do a perfect weekend."

(GMM) Toto Wolff has hit back at suggestions Sunday in Singapore was a 'preliminary decision' for a fourth world championship title for Lewis Hamilton.

With the first-corner crash between Max Verstappen and both Ferraris, including Hamilton's title rival Sebastian Vettel, the fifth-placed qualifier Hamilton ultimately dominated and won in Singapore.

"I would not get carried away with such a statement," he explained. "I can only smile inside to myself.

"But it is a big step forward. Of course the world championship is only won when it is won."

Team boss Wolff, however, is much more cautious.

"Now there are six more races, which means the situation can turn against us six times, as happened today for Ferrari," Wolff added.

As for the blame for the crash, Ferrari caused an uproar on Twitter by pointing the finger squarely at Max Verstappen.

But according to De Telegraaf newspaper, the Red Bull driver hit back: "If you're going for the championship like Vettel, you don't have to take so much risk."

As for the next races, Lauda continues to smile — because Singapore was clearly the biggest hurdle for Mercedes to clear ahead of the final six races of 2017.

"Already in Malaysia it's going to be better for us," said the F1 legend. "It (Sepang) is a permanent race circuit, so if we stay with the same performance, we should be back up with Ferrari."

GMM) McLaren will become a de-facto 'factory' team by 2019, according to team boss Eric Boullier.

Like many members of the struggling British outfit, Boullier admitted to feelings of relief in Singapore that the Honda divorce is now set in stone.

"It had become inevitable," the Frenchman told the Belgian broadcaster RTBF.

"After three difficult years, important decisions had to be made before it was too late. Now what we feel is relief but also sadness because we built a good working relationship with Honda even if there were no results," Boullier added.

Things are now looking better for 2018, with McLaren to use the same engine as the works Renault team and Red Bull and almost certainly also retain the services of Fernando Alonso.

Boullier said: "We have information from Renault that proves to us that their engine is competitive.

"Maybe it is a bit behind the Mercedes and the Ferrari but it has potential," he insisted.

"We have had meetings that show they are working on a reliability and performance package that will be more competitive next year.

Mercedes' Valtteri Bottas has declared that overhauling Ferrari's Sebastian Vettel in the title standings is his next target, after claiming a podium finish at the Singapore Grand Prix.

Bottas struggled for pace throughout the weekend at Marina Bay and lined up from sixth place in wet conditions.

He profited from the dramatic start crash between the Ferrari drivers and Red Bull's Max Verstappen, but was overhauled by Nico HÃ¼lkenberg and Sergio Pérez, before being passed by Jolyon Palmer.

Having stayed out during the Safety Car phase instigated by Daniil Kvyat's crash, Bottas moved into third place, and maintained his position to the finish, behind Lewis Hamilton and Daniel Ricciardo.

"There are still plenty of races to come and plenty of opportunities, and definitely Sebastian is the next target," he said of the championship situation.

He added: "Of course, it was good for us, very good damage limitation today.

"We definitely got lucky, but I have to say the car was working better than expected today, and I was really waiting for the opportunities.

"I struggled in the wet with the pace, but in the dry it was pretty good."

Bottas said the result was welcome on a challenging weekend for Mercedes.

Lewis Hamilton says he wanted to race Sebastian Vettel for the win in Singapore, in the wake of the start melee, before realizing that his title rival had sustained terminal damage in the incident.

Hamilton started from fifth position in wet conditions, amid Mercedes' struggles at Marina Bay, but passed Daniel Ricciardo off the line, as the drama unfolded to his left.

Ferrari pair Vettel and Kimi RÃ¤ikkÃ¶nen, along with Max Verstappen, came to blows on the run to Turn 1, with Hamilton moving up to second, behind the wounded Vettel.

Hamilton exited Turn 3 behind Vettel, only to be handed the lead when the Ferrari driver spun into the wall, having run over the coolant leaking from his terminally damaged SF70-H.

From there, Hamilton controlled the remainder of the race to open a 28-point advantage in the title battle.

"It was really unfortunate for Ferrari, but a great result for our team," said Hamilton.

"Daniel put up a really good fight today, so I enjoyed racing him.

"I was hoping I would get to race with Sebastian at the beginning.

"When I got around to Turn 3 I had Sebastian in front so I was like, 'I'm going to have a real race here'. Of course it's better the way it is!"

Intermittent showers during the build-up to the race drenched the circuit, and Hamilton revealed that he "knew where I was going to finish" once it was clear wet conditions would prevail.

"I mean you're just focused on winning, so I was just trying to get to the front," said Hamilton.

"I needed it to rain, and as soon as it rained I knew where I was going to finish.

"I knew I had the pace when it rained, unfortunately we didn't have the car in the dry, [but] in the rain, those are my conditions."