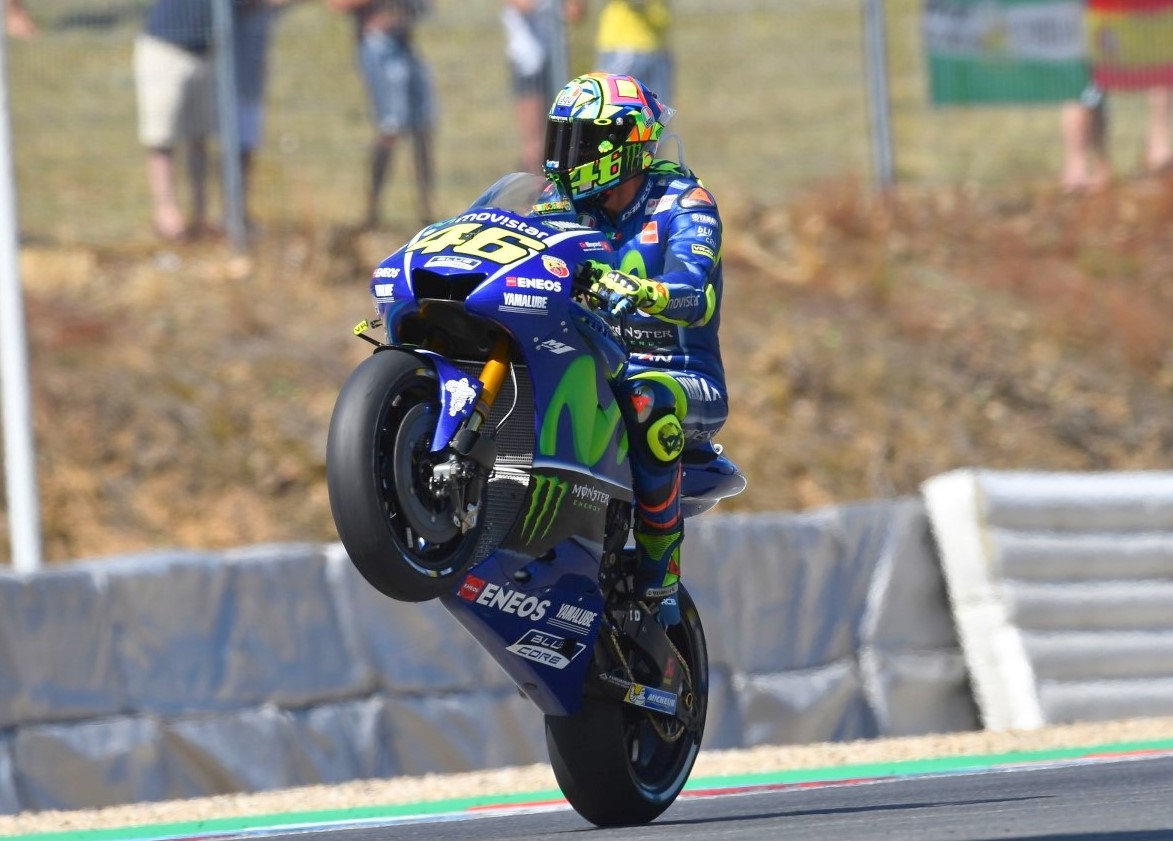 The Movistar Yamaha MotoGP Team regrets to report that Valentino Rossi will not be able to compete in the upcoming Gran Premio Tribul Mastercard di San Marino e della Riviera di Rimini, to be held this weekend.

The Factory Yamaha team will compete in round 13 of the 2017 MotoGP World Championship with Maverick ViÃ±ales as its sole rider.

The whole of Yamaha wishes Valentino Rossi a speedy recovery and hopes to see him back on his YZR-M1 as soon as possible.

09/02/17 Milan – Italian motorcycling star Valentino Rossi vowed to get back on his bike as quickly as possible as he was discharged from hospital on Saturday following surgery on a broken leg.

The nine-time world champion in all categories was operated on in Ancona, eastern Italy, on Friday after breaking his right leg in a training crash near his home town of Urbino.
Doctors had estimated that the 38-year-old would need to remain in hospital for up to four days after surgery but he was discharged after just one night.

"I will do everything I can to get back as soon as possible," Rossi said in a statement released by his Movistar Yamaha team.

"I spent a good night, I slept, and this morning I felt good. The doctors visited me and they gave me the OK to go home, where I'll be able to rest even better.
"I will begin the rehabilitation as soon as possible and we'll see how my body reacts before making any decisions."

The veteran racer is expected to be sidelined for two months, meaning he would miss the next two MotoGP races in San Marino and Spain but could possibly return in Japan on October 15.

"It will depend a lot on him but I think that he will have to rest at least 40 days," Dr. Raffaele Pascarella, who carried out the surgery, said on Friday.
"However, he has already said he wants to return as soon as possible."

Dr Pascarella said a nail inserted to stabilize the rider's leg would remain in place for 18 months.

This is the second time Rossi – who is lying fourth in this season's MotoGP standings after 12 of 18 races — has crashed this year. In May he was treated in hospital for chest and stomach injuries after a motocross training spill.

San Marino hosts the next race on September 10 with Rossi 26 points behind leader Andrea Dovizioso.

08/31/17 Valentino Rossi broke his right leg in multiple places after an accident during a training session near his hometown of Urbino, Italy on Thursday.

The 38-year-old nine-time MotoGP champion was taken to Ospedale Civile di Urbino for an examination, where he was diagnosed with displaced fractures of the tibia and fibula of his right leg.

The Italian rider will undergo surgery as soon as possible. There has been no word on his status for the remainder of the MotoGP season, where he currently fourth in the championship standings with one victory.