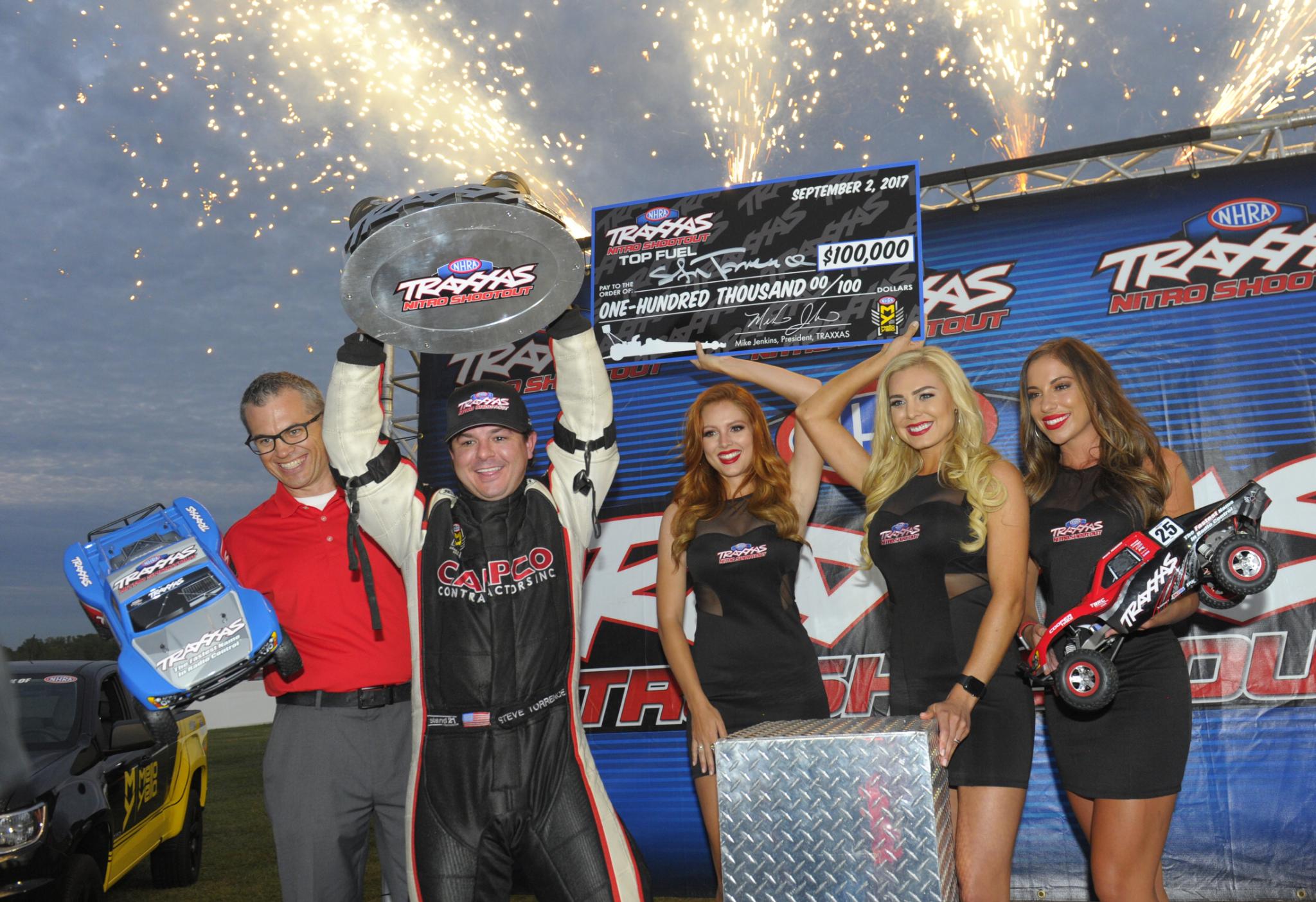 "This is just the icing on the cake; to go to Indy and be able to race in the Traxxas Shootout," Torrence said. "Thanks to Mike Jenkins and all those guys at Traxxas that put this on. This is an unbelievable deal. When you come out here and you race for 100,000 grand and it's a race-within-a-race, the competition level is at its highest. It's the baddest eight guys in drag racing and when you go up there you have to bring you're a-game every lap and we were able to come out with a win."