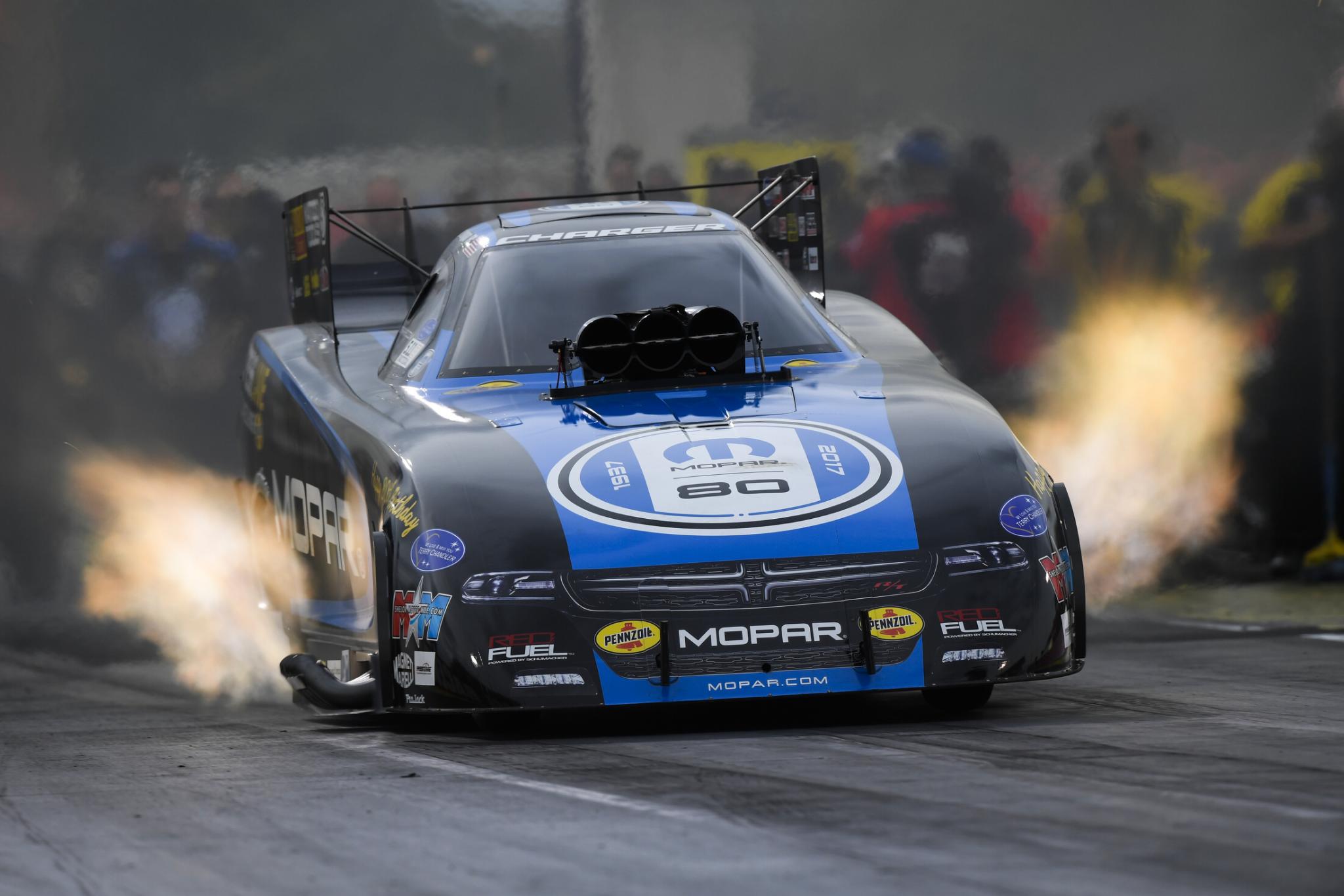 Matt Hagan set both ends of the Funny Car track record on Friday of the Chevrolet Performance U.S. Nationals, the world’s biggest drag race, at Lucas Oil Raceway at Indianapolis.

Leah Pritchett (Top Fuel), Tanner Gray (Pro Stock) and Andrew Hines (Pro Stock Motorcycle) also lead qualifying in their respective categories at the 18th of 24 events on the NHRA Mello Yello Drag Racing Series schedule.
Hagan ran a 3.799-second pass at 338.77 mph in his Mopar Express Lanes Dodge Charger R/T during the first of three qualifying days and first of five qualifying sessions.
Pritchett set the Top Fuel track elapsed-time record with her 3.667 pass at 329.50 in her Papa John’s dragster, while Pro Stock rookie Gray holds the No. 1 spot after his 6.566 pass at 209.88 in his Gray Motorsports / Valvoline Chevy Camaro. In Pro Stock Motorcycle, Defending event winner Andrew Hines is at the top scoring order with a 6.825 pass a 194.74 on his Screamin' Eagle Vance & Hines Harley-Davidson.