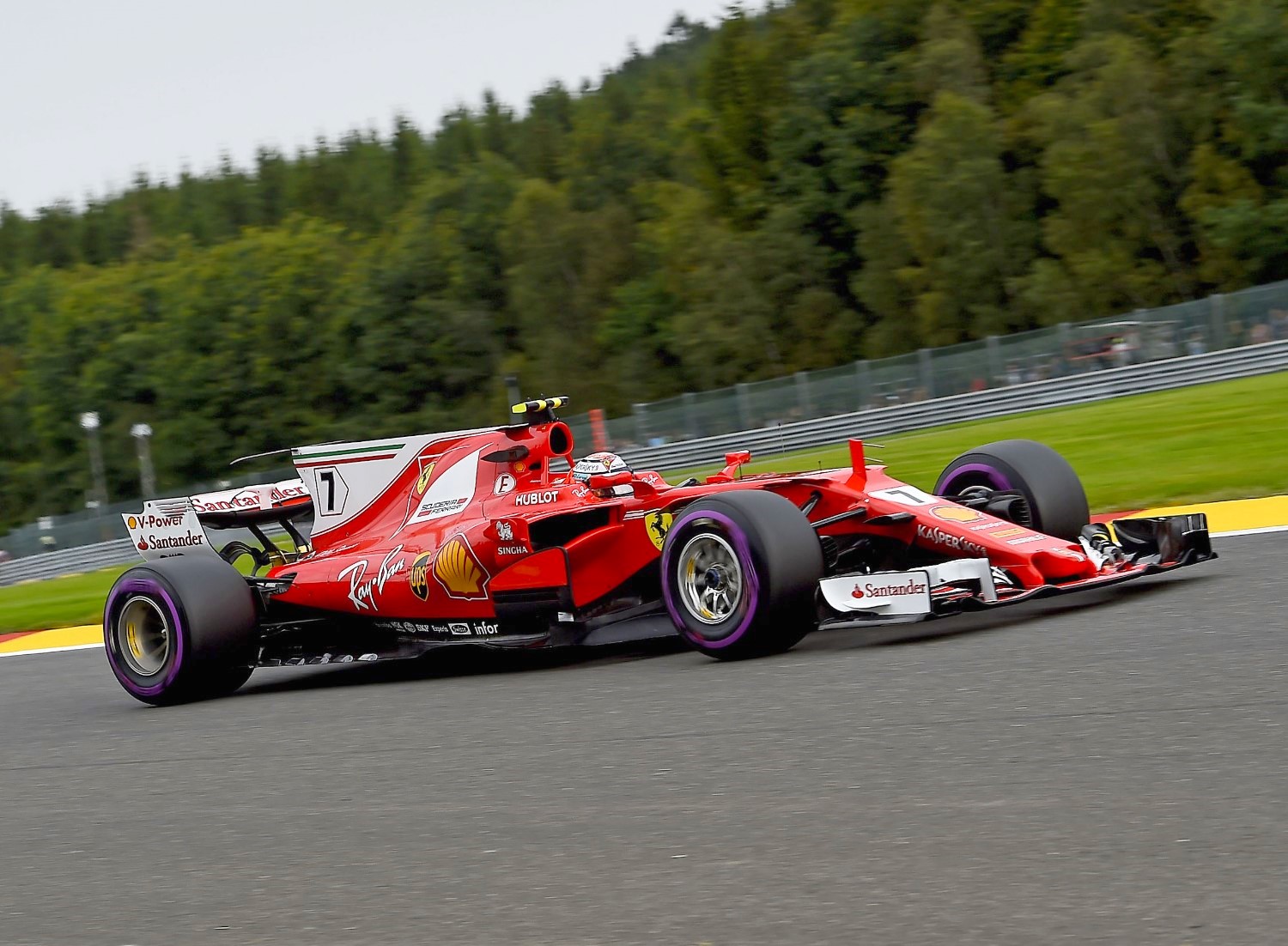 In a somewhat surprising turn of events after Mercedes was so strong Friday, Kimi Raikkonen and Sebastian Vettel ran 1-2 in final practice for the Belgian GP at Spa Saturday morning.

Raikkonen's lap was so scorching in fact that Hamilton could only get to with 0.198s of the Finn. And Vettel could not match it either, though he did edge ahead of Hamilton. Vettel and Hamilton set almost identical times as they finished around two tenths back from the Finn, with Verstappen a long way back (over 1-sec.) in fourth.

Hamilton set the initial pace on the supersoft Pirelli tyres with a lap of 1m 45.480s, with Raikkonen close behind on 1m 45.583s and Vettel on 1m 45 737s, but where the silver car then went back into the garage, the red ones each did another run, resulting in the fastest time going to Raikkonen with 1m 45.422s and Vettel moving into second on 1m 45.458s.

Hamilton was expected to reverse that when they all switched to ultrasofts, but though he set the best first and third sector times, it was Raikkonen who stayed ahead with 1m 43.916s. The Ferrari was quickest in the crucial second sector, which is all about downforce.

Hamilton’s reply fell short with 1m 44.114s, which was beaten by Vettel by a thousandth.

Behind them there was a big gap to the Red Bulls of Verstappen and Ricciardo, on 1m 45.034s and 1m 45.286s respectively, as Bottas separated them with 1m 45.230s having aborted what seemed a faster lap earlier on.

The surprise of the session was Palmer’s speed. The beleaguered Briton, who has had a gruelling season, was seventh on 1m 46.648s on the supersofts, some way ahead of team mate Nico Hulkenberg, and stayed there with 1m 45.491s on the ultrasofts.

He was chased by Perez, who got his Force India going more to his liking, Sainz in the lead Toro Rosso, and Alonso in the lead McLaren, but as usual the midfield times were all very close, with less than a second separating eighth-placed Perez from 17th-placed Kevin Magnussen in the Haas.

Toro Rosso’s Daniil Kvyat had a tough morning, stopping with power loss and a brief engine fire on the Kemmel straight midway through the session, while Williams’ Felipe Massa is under investigation for failing to slow down for yellow flags.

The scene is thus set for another gripping battle between Ferrari and Mercedes in qualifying, on a circuit where the latter were expected to have a significant advantage.