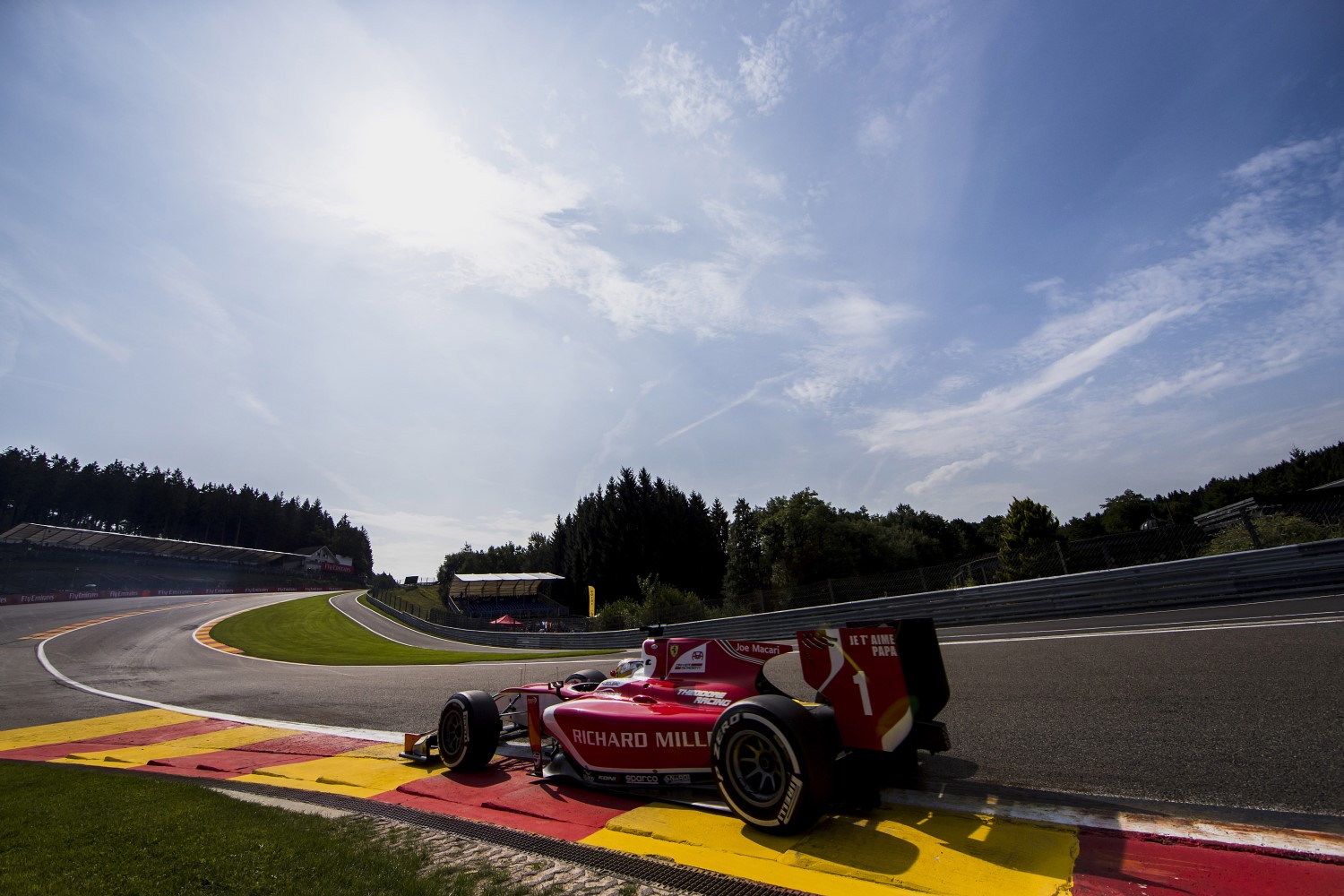 Charles Leclerc has grabbed the top spot in this morning’s FIA Formula 2 Championship free practice session at the Circuit de Spa-Francorchamps, setting the pace once more despite a problem with his extinguisher meaning he missed most of the session while he team replaced the unit to lead the way ahead of Antonio Fuoco and Oliver Rowland.

The Monegasque driver stopped the clocks at 1:58.177 early in the session, which took place under warm and sunny conditions, usurping Gustav Malja and Rowland from the top of the timesheets and setting a target for his rivals to close. The Briton closed to three tenths of Leclerc’s time two minutes later, with Fuoco shutting the gap down to a tenth just as the fire extinguisher went off in his teammate’s cockpit, forcing him to pit earlier than planned.

The PREMA team swarmed the Monegasque’s car as they worked to remove the hard to access component while the rest of the field came into the pits for their scheduled stops before returning to the circuit for their race runs, with Leclerc unable to do anything other than watch on as the clock ticked down.

He was eventually able to return to the track, but with just 2 minutes remaining in the session Leclerc was unable to cross the line before the checkered flag dropped: his rivals were unable to beat his best time but will have learned a lot about their cars for tomorrow’s race, with the Ferrari Academy driver now forced to use part of this afternoon’s qualifying session to pick up the information he missed this morning.

Behind the top 3 Artem Markelov, Ralph Boschung, Norman Nato, Nyck De Vries and Sean Gelael were well within a second of the top time and will be feeling positive about this afternoon’s qualifying session, with the potential of an advantage over the championship leader in the battle for pole position.