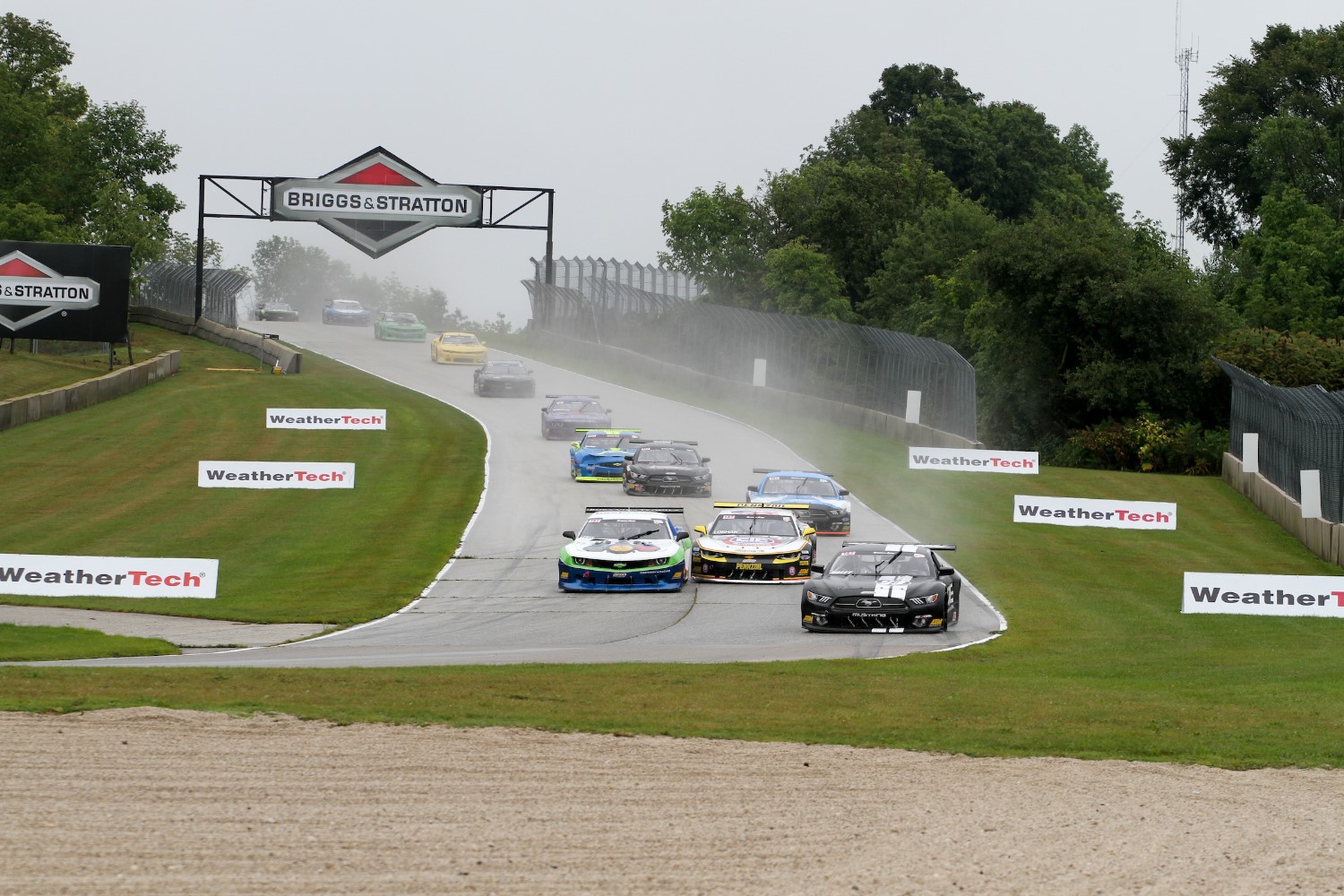 Jaques Lazier, best known for his IndyCar Series career, will make his Trans Am Series presented by Pirelli debut this weekend at Road America.

"I'm really excited about this," said Lazier. "Trans Am goes back; there's a history to it. My father (Bob Lazier) actually ran some Trans Am in the late 70's and I came up through SCCA; and while Trans Am is on another level, you always knew what was going on. The Trans Am of today, these are the American thunder cars–the new Camaro, Mustang and Challenger. It's awesome."

Road America marks the first of three races Lazier will run in the TA2 class in 2017 as a member of Atwell racing, piloting the No. 68 Atwell Racing Chevrolet Camaro alongside teammates John Atwell and Sam LeComte. Initial plans for Lazier to join the team began at Indianapolis Motor Speedway in June, where Lazier raced with LeComte in the Sportscar Vintage Racing Association's Brickyard Vintage Racing Invitational, a shared event weekend with Trans Am.

"I ran for Sam LeComte in SVRA and had the opportunity to watch the TA2 cars out on track, and they just looked like a blast," said Lazier. "I think it's a great platform, and the addition of Pirelli has really elevated that platform. Since then I've watched the races and the competition– I think it's a testament to Trans Am just how close it is out there. Up front, you can practically throw a piece of paper over the top cars–but the rest aren't far behind."

This weekend will be Lazier's first time behind the wheel of a TA2 machine; however, a duo of test sessions on Friday in advance of practice will allow both him, and his team, to get up to speed as he begins what stands as his rookie season in Trans Am.

"It's been a long time since I've had rookie stripes!" said Lazier. "Still, I know my job is to elevate the platform of Atwell Racing and grow this team into a championship contender for next year, and we'll go about that step-by-step. On Friday, John, Sam and I will be out there with three different cars, three different routes and three different setups–the hope being to have everything dialed in come Sunday. We're focused on positive steps at Road America, Watkins Glen and COTA–but this is going to be a lot of fun. Really, I can't wait to get out there and have fun with these guys, and I hope everyone else can have fun around me as well."

Included in those entries are Ernie Francis, Jr., in the No. 98 Buoniconti Fund Ford Mustang, Gar Robinson, in the No. 74 Pura Vida Tequila/ 74 Ranch Resort Chevrolet Camaro, Mark Boden, in the No. 46 Fall-Line Porsche 911 GT3 Cup, and Brian Kleeman, in the No. 07 DWW Motorsports Ford Mustang, who lead their respective class points championships entering the weekend.

Joining Trans Am at Road America this weekend are NASCAR Xfinity, holding its Johnsonville 180, and the ACRA Racing Series.