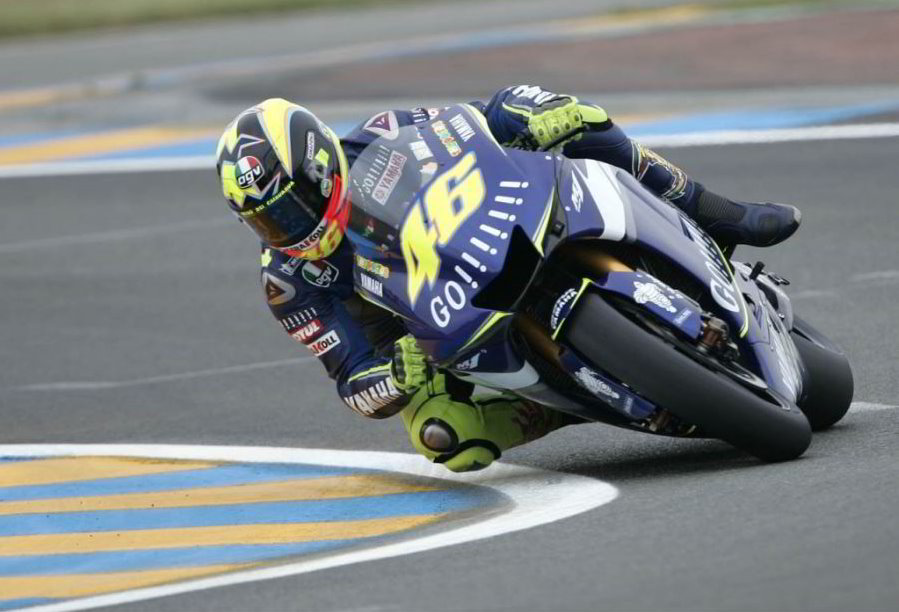 UPDATE Valentino Rossi isn’t going anywhere. That was the unmistakable message after the pre-race press conference for the Japanese Grand Prix at Motegi.

The soon-to-be seven-time world champion denied in the strongest possible terms that his move to the Ferrari Formula One team was imminent, even using a mild expletive to refute a report from a senior Ferrari official.

“When I hear this interview from Ross Brawn, for me it’s very funny because I don’t know," he said, referring to comments made by the Ferrari technical director that Rossi would be testing as often as once a month beginning later this year. “For me, is a lot of bullshit, because if I decide…I already decide for another year of MotoGP for sure. And for sure if I do another year is for try to win, so I think it’s already a big effort to try for the championship."

As far as testing once a month, Rossi said, “For sure I don’t have time to do a lot of tests for the car. And especially at this point, I don’t make my decision. So this is at the end the most important. So I don’t know also if I go to the car. Maybe yes, but maybe no. Speaking already about tests for me is like speaking in ten years. I don’t know what happens next week in my life. For sure in two years, I don’t know."

Rossi said that the switch to four wheels would have to be clean. “If I want to try a lot in Formula One, I decide to stop at the end of this year and next year to change sport," he said, “but if I am here, I am here to win. To win I need to personally be 100% at this sport. Is not easy win for me. Is not possible. So I make another year with bike just to wait and win like this? Is not real.

“Maybe Ferrari need to speak also with me because the very important thing is don’t make decision for the future. So maybe also I never race with Formula One. And if I decide yes, for sure next year I don’t do a lot of tests, because I race with MotoGP. In all my life I am a motorcycle rider for 100%. Sometimes I make some tests, maybe in the future. I don’t know. Next year for sure I race here for Yamaha; my effort is 100% of this championship and after we see." Cycle News

09/08/05 Yamaha team boss Davide Brivio told Motor Cycle News: "I am not convinced that Valentino Rossi will leave at the end of 2006. We were informed the last time he tested the Ferrari that this would happen. There was no surprise with the latest announcements.

"He is intelligent enough to choose to test at the best times so it doesn't interfere with his racing program in MotoGP. I am sure that while he races motorcycles his target will be to win. Yamaha has complete trust in Valentino and believes he is capable of making the right decisions, so that what he does in his free time over the next year won't distract him from his number one job of winning motorcycle GPs."