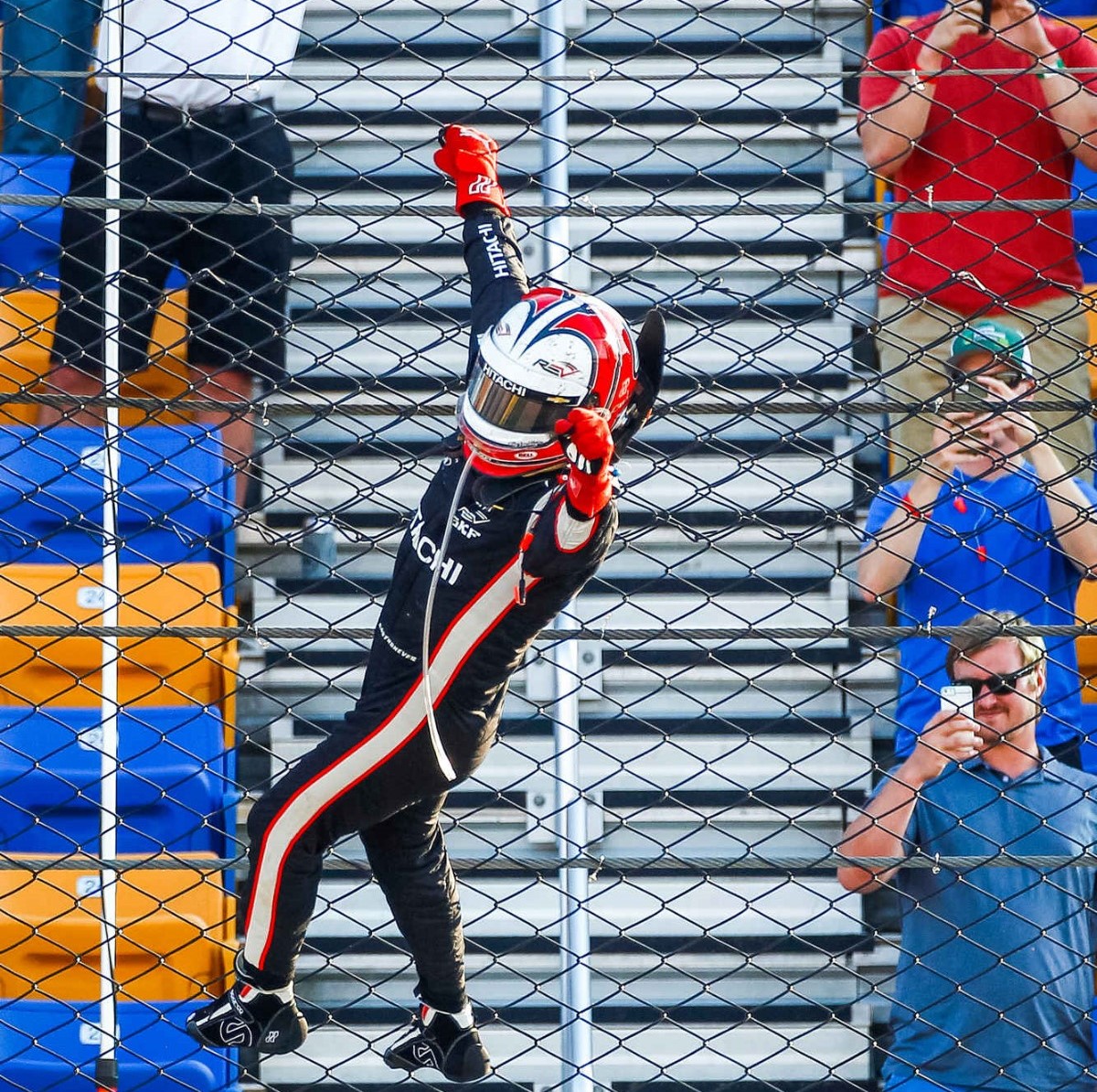 Helio Castroneves clung to the frontstretch fencing at Iowa Speedway a few seconds longer than his grip advised, committing to memory the smiling faces of fans who flocked to the impromptu celebration of his 30th career IndyCar victory.

The moment instantly rekindled thoughts of his first win on June 18, 2000, at Belle Isle.

“It still had the same feeling looking at everybody's face through the fence and everybody is excited for me. That's a feeling that nobody can take away from you, and that's what motivates me more to come back now and do what I just did," Castroneves said after the 1-2 Chevrolet finish July 9 on the .894-mile, variably-banked oval.

In his 20 years of Indy car competition – 15 of which have included at least one victory – Castroneves has strung together career statistics that place the longtime Team Penske driver among the all-time leaders. It’s been quite a ride for the effusive Brazilian since his Indy car debut March 15, 1998, at Homestead-Miami Speedway. Still, at age 42, he derives motivation from the spirited competition with his teammates and the rest of the Verizon IndyCar Series field, pursuit of a record-tying fourth Indianapolis 500 victory, and his first major open-wheel racing championship.

“My extra motivation is every time I finish a season I just can't wait to come back again and do better, whether if it's a place that I haven't won, if it's a place, a championship that I'm still looking for, so that's what keeps me motivated," he added.

Castroneves, who has placed in the top five of the Verizon IndyCar Series standings in each of the past five seasons and has been championship runner-up four times in his career, is poised again to challenge for the title. He’s second – a scant seven points behind teammate and three-time race winner Josef Newgarden – with four events remaining.

Drivers of race cars with the 2.2-liter, V6 Chevrolet engine and Chevrolet Aero Kit have won seven of the 13 races and eight pole starts, and occupy four of the top five spots. Reigning Verizon IndyCar Series champion Simon Pagenaud, who is assembling another stellar season with one victory among 10 top-five results, is fourth. Will Power, who has recorded two wins and five poles, is a close fifth.

Up next is the ABC Supply 500 on Aug. 20 at Pocono Raceway. In the four Verizon IndyCar Series races on the 2.5-mile tri-oval, Castroneves has a best finish of second in 2014 to Chevy-powered teammate Juan Pablo Montoya and earned the pole in ’15. Power, driving the No. 12 Verizon Team Penske Chevrolet, won the 500-mile/200-lap race in 2016.

Indy car racing returns to Gateway Motorsports Park in suburban St. Louis on Aug. 26, and Watkins Glen International hosts the Verizon IndyCar Series on Sept. 3. The championship will likely be decided again at the season-concluding GoPro Grand Prix of Sonoma on Sept. 17.

“We head to a couple of ovals now, which could really mix things up. It's going to be a battle. That's for sure," said Castroneves, who this season has 12 top-10 finishes in the 13 races to augment three pole starts and 377 laps led across eight races. “We're going to obviously try to finish 1-2-3-4 in the championship.

“(The Iowa win is) great momentum to carry on for the championship, and this is exactly what we need. So we've just got to carry good momentum, and with that, we just keep doing what we're doing, putting ourselves in good position to win races."