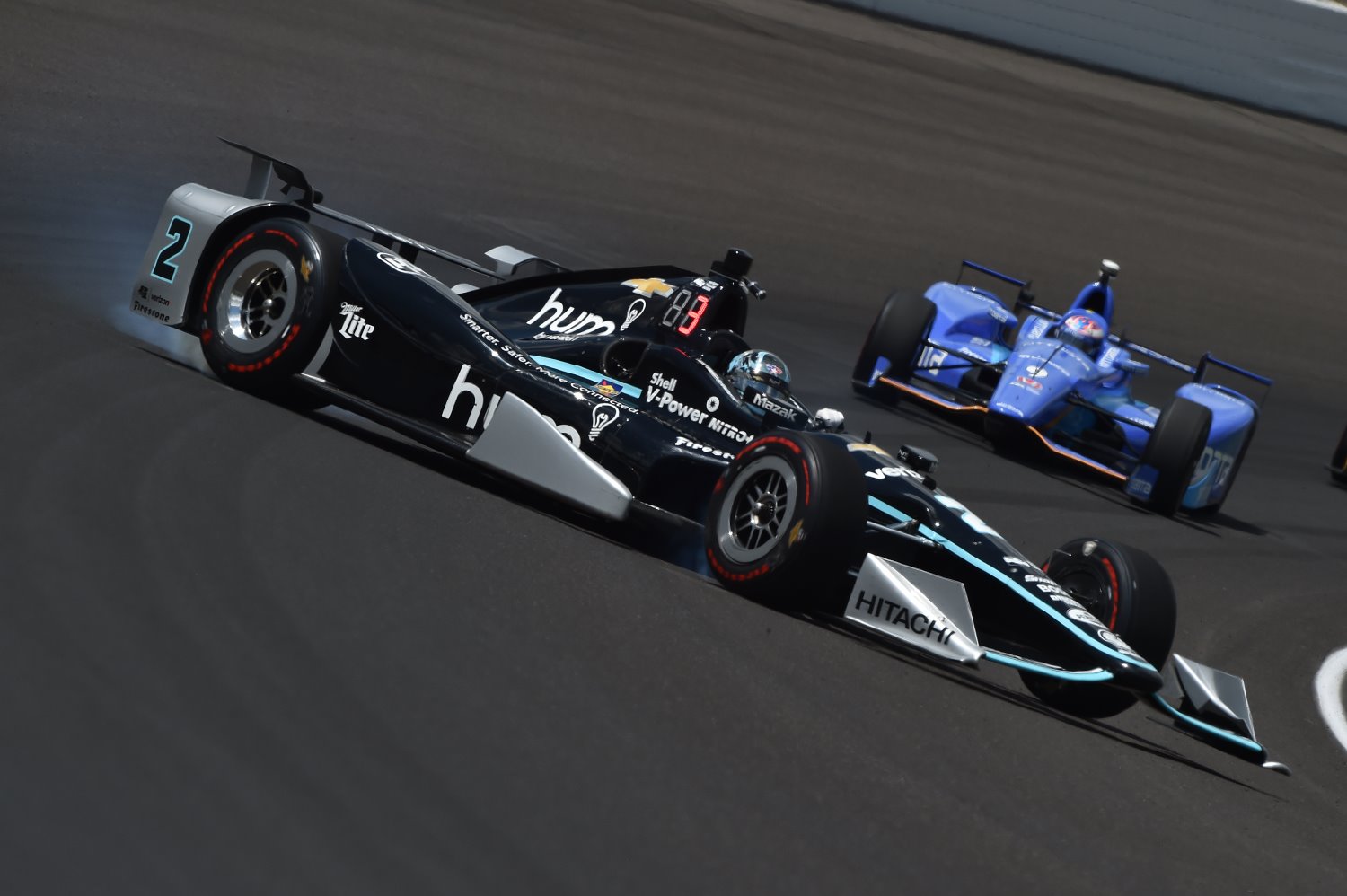 After heavy rains yesterday Saturday morning as dawned sunny and warm as the IndyCars get ready for morning practice for the ABC Pocono 500 on the 2.5-mile Triangular shaped Pocono Superspeedway. Morning practice is from (;00 AM to 10:15 AM ET followed by single car qualifying at 1:00. A final practice session is slated from 5:00 to 5:30 PM.

Josef Newgarden leads the way. The 26-year-old American moved atop the standings for the first time in his career by winning the past two races at Toronto and Mid-Ohio.

In his first season with Team Penske, Newgarden has three wins in the No. 2 Chevrolet. His 453 points are seven more than teammate Helio Castroneves and eight ahead of Scott Dixon.

“It is a very close fight," Newgarden said. “Most likely with the way it’s been shaking up, it will come down to (the final race at) Sonoma."

“They’ve been very strong on superspeedways," Newgarden said of Honda. “Pocono is going to be our toughest challenge against them."

Castroneves also has one win and 12 top-10 finishes this season in the No. 3 Chevrolet. Remarkably, for all the success he has enjoyed in his career, Castroneves doesn’t have a championship; he’s finished runner-up in the standings five times.

Besides Newgarden and Castroneves, Team Penske drivers Simon Pagenaud and Will Power are fourth and fifth, respectively, in the standings. Pagenaud, the reigning series champion, is 17 points behind Newgarden and has one win and 11 top-10 finishes in the No. 1 Chevrolet. Power, the 2014 champion and defending champ at Pocono, has two wins and seven top-10 finishes in the No. 12 Chevrolet and is 52 points in back of Newgarden.

Graham Rahal is sixth in the standings, 58 points behind Newgarden. Then come a pair of Andretti Autosport drivers: Takuma Sato, this year’s Indianapolis 500 champion, is seventh, 72 points back; Alexander Rossi, the 2016 Indy 500 champ, is eighth, 95 points out.

After Pocono, the series heads to Gateway Motorsports Park in Madison, Illinois, on Aug. 26 and Watkins Glen International on Sept. 3 before the season-ending, double-points race at Sonoma Raceway in California on Sept. 17.

The major talk in the paddock this morning is the IndyCar Silly Season and the real dominoes are not going to fall until Andretti Autosports officially announces their move to Chevrolet.

Andretti’s team went with Chevrolet when engine competition came back into the series in 2012, while the team switched back to Honda in 2014 as Chip Ganassi Racing went the other way from Honda to Chevrolet.

“It’s funny; I’m an Andretti Autosport driver and a DHL brand representative. But on the engine front, I’m usually one of the last to know!" Ryan Hunter-Reay told NBC Sports.

“Michael takes care of the business decisions. So I have a great relationship with both brands, and have won with both manufacturers. And we’ll keep our head down and focused. The only goal is to win races, regardless of which engine is powering us."

Although this is his eighth season in the Verizon IndyCar Series, it is just Hildebrand’s third as a full-time driver. He is in the No. 21 Chevrolet for Ed Carpenter Racing.

Hildebrand’s strength, as well as the team’s, is on oval tracks. So that could help him quickly adjust to Pocono even though he has no prior experience there.

“The team has a lot of data and information we have to draw from," Hildebrand said. “Probably one of the best sources is Ed Carpenter himself. He’s a great teammate and somebody who, at tracks like this, we’ve seen very much eye to eye on in terms of what we’re looking for.

“So I’ve got plenty of resources to set myself up to get on track and get up to speed quickly. Then, at that point, you shift into reacting and responding to what you’re dealing with on that day in those conditions."