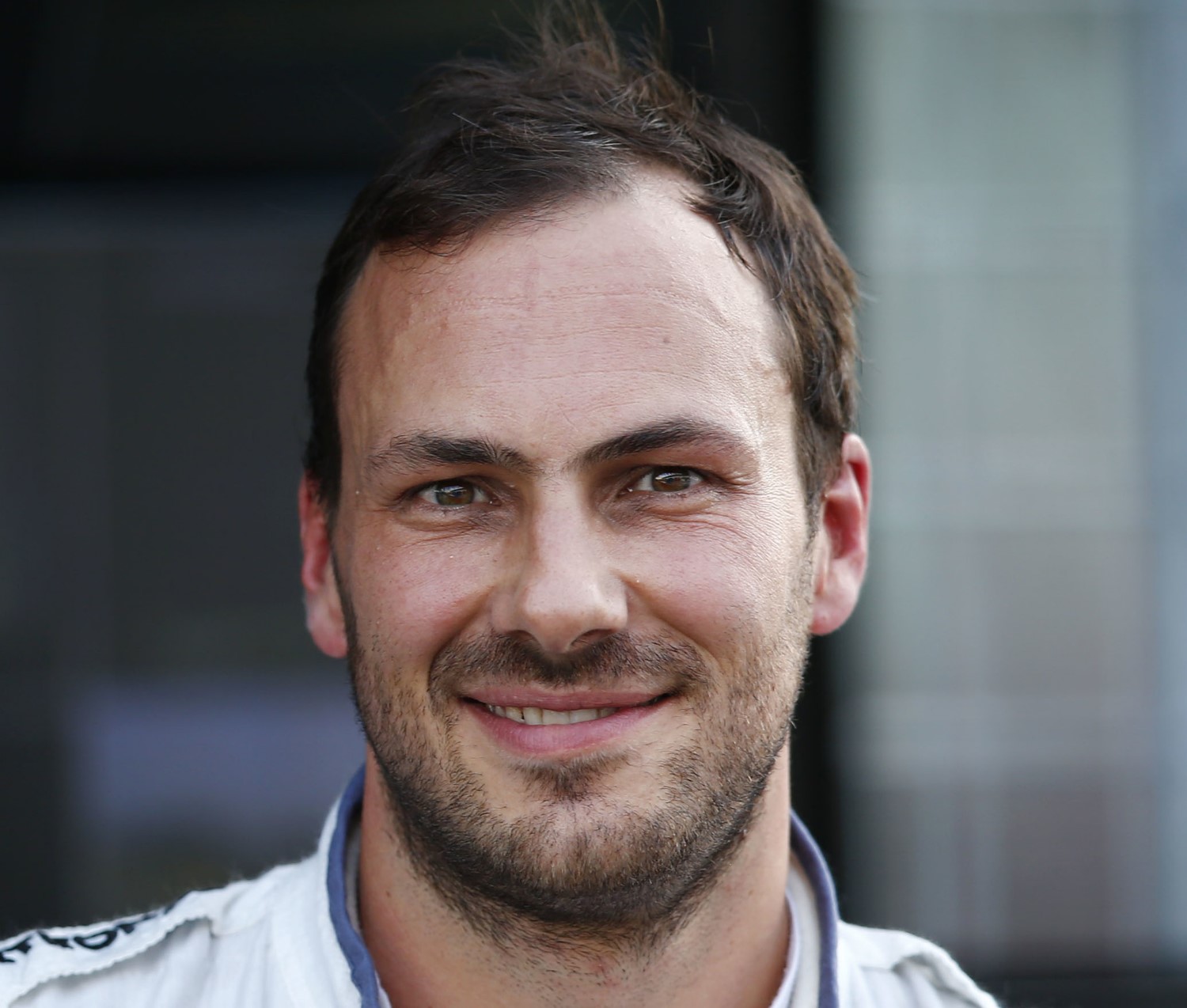 DTM champion, team captain and thoroughbred racing driver – that's Gary Paffett as we know him in the DTM. We reveal the person behind the racing driver in a three-part interview. In Part 1, Gary talks about…

Gary, when did you first come into contact with motor racing?

Gary Paffett: I think it was when my father bought me a go-cart when I was eight. I'd probably already been with him to races as a spectator, but I can't remember anything about that, to be honest. My first memories of motor racing are as an eight-year-old. These first memories are filled with pure fear and excitement. You're a newcomer, racing for the first time against lads who've been doing it for years. My first memories are actually only about being frightened most of the time… (laughs)

Was your dad involved with motor racing?

Gary Paffett: No, I wouldn't say so, but he was obviously a big motor racing fan. He used to travel around Europe to watch Formula 1 races and other events and also took part in races himself for the fun. He competed in clubsport rallies, raced touring cars and shifter go-karts.

The financial support your father gave you played a big part in your decision. Was it just as difficult for young talents then as it is today?

Gary Paffett: It always depends, on what you start with. My father basically invested all his money in my motorsport career, which is obviously a bit extreme. Still, what it cost him is nothing compared to today. If I were just getting started in motor racing today, I wouldn't get anywhere near where I am now. Everything is much more expensive these days. The amounts of money that people are now spending on a year competing in karting are crazy. We used to rock up in a van or a tent and caravan and do everything off our own backs. That's more or less unacceptable nowadays. Everything is much more professional and therefore much more expensive as a result.

What sports did you play before first coming into contact with racing?

Gary Paffett: Actually, just the normal stuff at school. A bit of football, some rugby which I wasn't really into. I grew up in Devon, in a very small village in the south-west of England. Not much ever happened, to be honest, but I do remember one thing… I never played golf myself but got hit in the face by a golf club when I was still quite small. (laughs) Apart from that, I was never really all that involved with any sport.

When did you decide that you wanted to devote your life to motor racing?

Gary Paffett: I think there were one or two separate occasions when either my dad or I made the decision to go down that route. When you first start out, you just take part in club races for a few years, and then you begin to compete at a national level. That's what my father made possible for me to do for several years, as long as he could financially. When I was about ten, one of the big kart teams in the UK wanted me to race for them. Part of the deal was that he would go and work for them, at which point, he obviously made the decision, and we moved. That was the initial decision to go down that route. I made my own personal decision at the age of 16. I'd just finished my final exams and could have left school but enrolled at college to do my A-Levels. However, about a week before the start of term, I decided not to do it.

Was that the day when you were standing at a crossroads in your life so to speak?

Gary Paffett: Yes, I think it must have been. It sticks out in my mind. I decided not to go back to college but to work for the kart team that built my go-karts. Basically, I was a mechanic for them. That was probably the point at which I personally decided what I wanted to do.

How do you think your life would have turned out had you chosen college and not motor racing?

Gary Paffett: The thing is, I wouldn't have stopped racing. I would have gone to college and would have continued to race but wouldn't have been as focused on it. I don't know if I would ever have reached the level where I am now. It would probably have been a bit more difficult. On the other hand, I would perhaps be more educated than I am today, which can always be useful.

Were you good at school?

Gary Paffett: I'd say I was pretty average. I did OK but was neither a high-flyer nor a dead loss. I enjoyed some subjects and others not so much, but even when I was at school, all my time and energy went into motor racing. As a young man, racing go-karts, you have two completely different lives. You have your school life from Monday to Thursday or Friday. You had your school mates there, and then you had your motor racing life from Friday to Sunday where you spent the weekend with a completely different circle of friends. You lived two completely different lives and that sometimes made things difficult, because while you were at a race, you missed what went on at school and what your school friends did at the weekend. School suffered a little bit, but I still did okay, only I could never get really excited about anything. I had already signed up for college but the week before term started, I decided that I didn't want to do it and would rather spend all my time trying to become a racing driver instead.