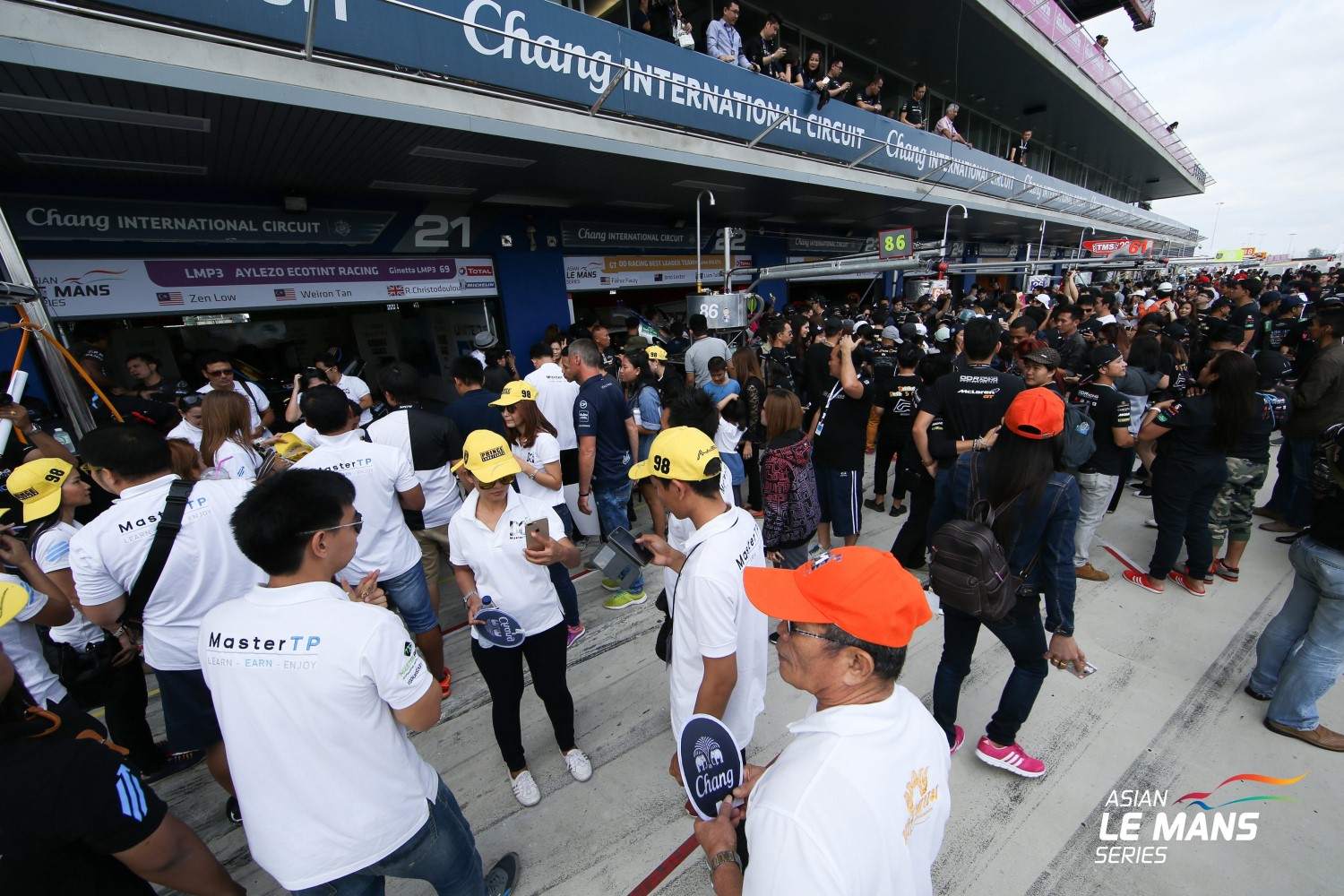 There’s good news for the Asian Le Mans Series and its GT class today as the ACO have confirmed a fourth automatic entry for the Le Mans 24 Hours to be awarded for success in the Series.

The current three auto entries are made to the overall Champions (in LMP2) to the LMP3 Champions (again in LMP2) and the GT Champions (in LM GTE AM). The fourth entry will also go to a GT team with the Series currently developing an ‘Am’ sub-class to accommodate demand in the region for an opportunity to compete in endurance racing amongst gentleman drivers, the detailed regulations of which will be released shortly.

If the new sub-class attracts sufficient numbers of entries the auto entry will go to the winning team, if not then the second placed team in the GT class Championship will receive the invitation. Should the auto entry be awarded to the first runner-up of the GT class, the winner of the Am class will receive a free entry in the 2018/2019 Asian Le Mans Series. The decision will be taken prior to the start of the season when the full season entry is known.

Buriram to host the 6h race.
As previously announced, the Series will keep a four-event format but include a longer race.

The 2017/2018 Asian Le Mans Series calendar will see the debut of a new six hour race at Buriram in Thailand joining the four hour races scheduled for China, Japan and Malaysia.

The 6 hour of Buriram event will coincide with Thailand’s National Children’s Day on Saturday 13th January 2018. The race welcomed a 100,000 plus crowd when it was held on the same weekend in 2016.

With early entries already coming in, the 2017/18 grid look set to be strong in every class, the LMP2 class entry already set to exceed last season’s total and with both LMP3 and GT interest looking very strong too.

The Series continued efforts to ensure no significant calendar clashes with the other major series in the region is yet further evidence of the importance of operating in the interests of the teams and their drivers to help build this exciting new marketplace. Asia is already a major player on the world motorsport field, and its importance is growing fast. Further news in LMP2 is that the current rule to allow the previous generation of LMP2 cars to compete up to the 2019 season is set to be extended beyond the introduction of the newer, Gibson engined for the 2019/2020 season, the older cars accommodated within the full Bronze LMP2 Gentlemen Trophy class.

Asian Le Mans Series Managing Director Cyrille Taesch Wahlen said:
“The Asian Le Mans Series is moving forward very quickly with the support of the ACO, and of our customers. We never stop talking to them, finding out what they need to build their businesses, and to build the motorsport industry in the Asia-Pacific region.The attraction of the mixed class long-distance format is already drawing huge interest with a record Asian Le Mans Series representation at the 2017 Le Mans 24 Hours, and some of our newer teams taking part in the Road to Le Mans support races too.

"A longer race, and more potential to earn an entry to the biggest endurance race in the world, the Le Mans 24 Hours, as well as additional opportunities for gentleman drivers to compete against their peers are all responses to the dialog's we have with the teams."