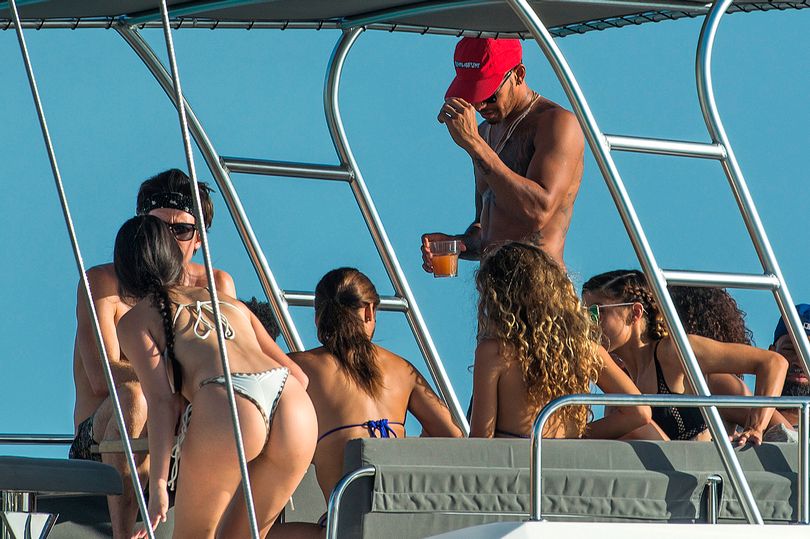 Lewis Hamilton has never been one to shun the party lifestyle. And the F1 star is taking full advantage of his four-week mid-season break writes Martin Domin of the Mirror.

Hamilton, who trails rival Sebastian Vettel in the drivers' championship, partied with bikini-clad babes in Barbados.

The Brit was among a number of celebs – including Rihanna – to have dropped in on the Crop Over Festival earlier in the week.

But he wasn't ready to stop partying.

Hamilton was joined by a number of girls as he hired a boat for his friends.

Wearing a hat emblazoned with the phrase "F****** Awesome", the 32-year-old was pictured talking to a group of six girls – and a solitary male friend.

Hamilton has earned quite the reputation for partying in the off-season.

He joined Paris Hilton and Drake in Abu Dhabi last November after losing his title to then teammate Nico Rosberg.

And last month he took a two-day holiday in Greece instead of appearing at an event to promote the British Grand Prix.

Hamilton returns to the track in the final week of August when the F1 circus visits Belgium.