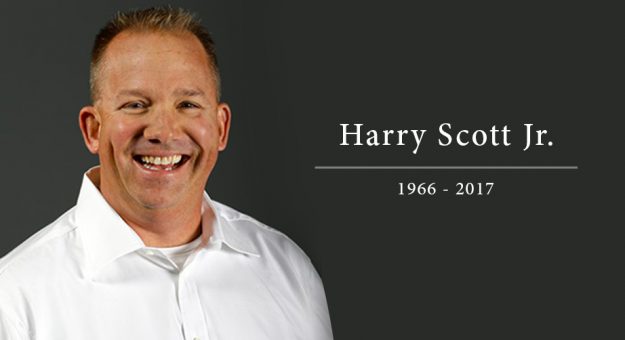 Former NASCAR team owner Harry Scott Jr., who fielded cars in the NASCAR Cup Series from 2013 to '16, died Wednesday. He was 51.

He also co-owned Turner Scott Motorsports, which competed in the Xfinity Series and Camping World Truck Series before closing in 2014.

Scott was heavily involved in the NASCAR regional series, and he won four K&N Pro Series East titles (Dylan Kwasniewski in 2013, Ben Rhodes in 2014, William Byron in 2015 and Justin Haley in 2016) as a co-owner.

A statement from the family read as follows:

“We are shocked and saddened to confirm that Harry Scott Jr. passed away yesterday, August 2, 2017. Harry will be remembered as a loving family man and successful business owner. We ask that everyone please keep Harry’s smile, generosity and essential kindness in your thoughts and prayers. Details about funeral services will be announced when they are finalized."

NASCAR also has issued a statement, expressing its condolences:

“Harry Scott Jr. possessed an endless passion for racing. Owning cars in the national series and the NASCAR K&N Pro Series, his crowning achievements were his K&N Pro Series East championships. The sport was proud to have Harry as our champion owner during that storybook era. NASCAR extends its deepest condolences to his family and friends."

In 2013, Scott began his NASCAR efforts as co-owner of Turner Scott Motorsports with Steve Turner. They fielded entries in the XFINITY and Camping World Truck Series. Later that season, Scott agreed to purchase the assets of Phoenix Racing, a single-car entity competing in the Sprint Cup (now Monster Energy) Series.