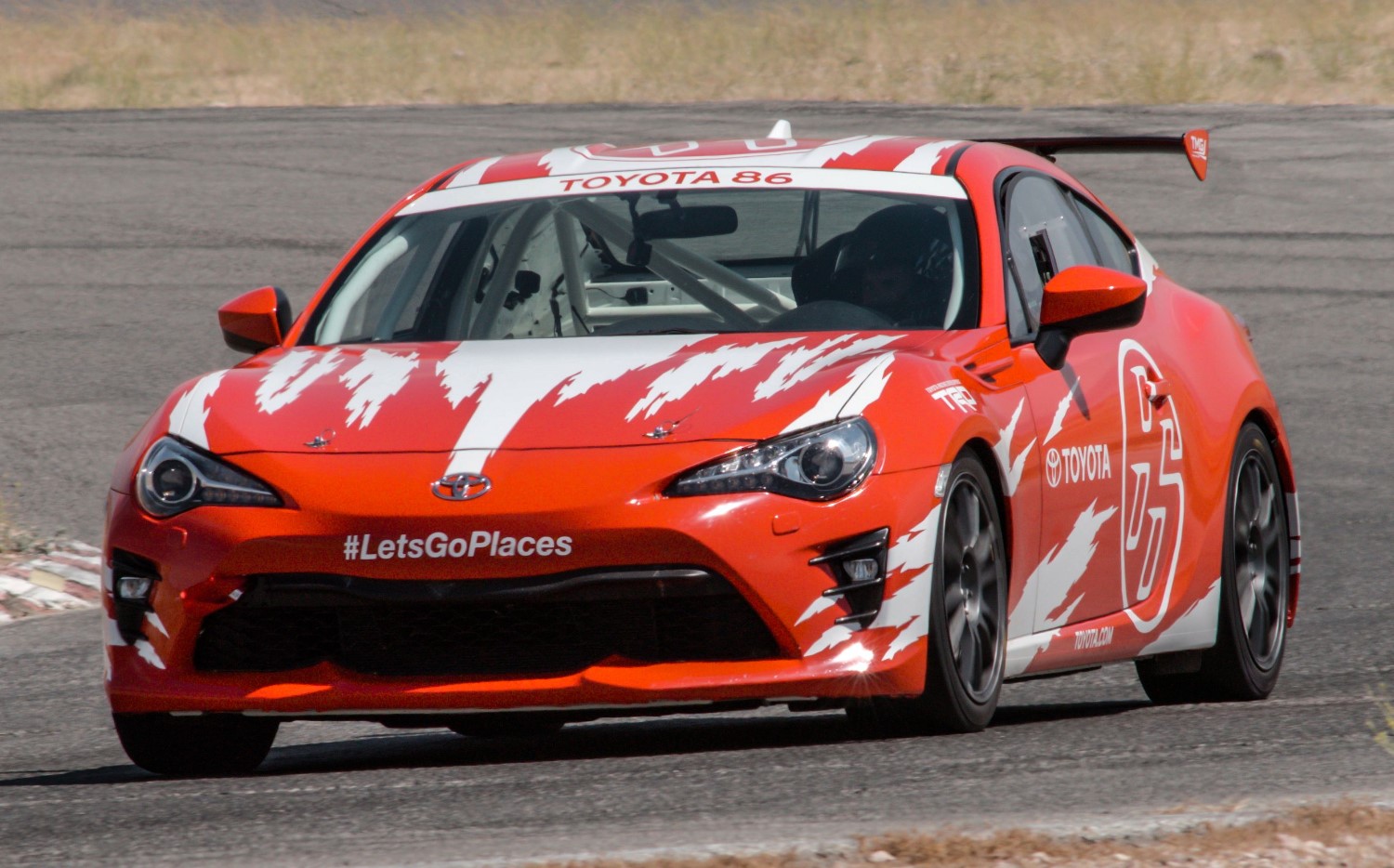 When you think of the Toyota 86, the car’s nimble handling and performance come to mind, butToyota Motorsport GmbH (TMG) takes the car to another level with its TMG 86 Cup Car. And now the potent sports carwill make its North American debut in the Pirelli World Challenge (PWC) racing series at Utah Motorsports Campus inAugust.

Entered in the TCA class, the 86 Cup Car will do battle in the PWC’s double-header race weekend outside of Salt LakeCity in Tooele on August 11-13.

“Bringing the TMG 86 Cup Car to Pirelli World Challenge presents an opportunity to test and showcase the ability of ourToyota 86 in a competitive racing series," said Keith Dahl, General Manager, Motorsports for Toyota Motor NorthAmerica (TMNA). “The seasoned DG-Spec team won the PWC title for Scion in 2010 and we’re hopeful they can performwell with the 86. We have a great combination of team and driver with Craig Stanton to showcase the ability of thisTMG-built 86, so we’re cautiously optimistic for solid results in the Utah double-header." The TMG 86 Cup Car will be driven by veteran road racer Craig Stanton, a former GRAND-AM Rolex SportsCar Series GTand Continental Tire GS class champion with over 30 years of driving experience, and fielded by the Dan Gardner Spec(DG-Spec) Racing team. DG-Spec previously won the Pirelli World Challenge TC class championship with the Scion tC in2010 and has also competed in GRAND-AM and other sports car and endurance series.

“It’s been a while since we raced in Pirelli World Challenge with our championship-winning Scion, but we’ve been at thetrack constantly over the last few years, testing, developing and racing in other venues," said Dan Gardner, team ownerand namesake of DG-Spec. “The team is really sharp and Craig is on his game. The Toyota 86 is ready to go and we hopeto turn some heads in Utah." Gardner’s team recently won One Lap of America in the Toyota Sienna R-Tuned in 2016, and has provided support forprograms such as the Land Speed Cruiser and Rally RAV4. The Rally RAV4 team of Ryan Millen and Rhianon Gelsominorecently clinched the American Rally Association’s 2WD championship.

The current 86 harkens back to Toyota’s history of sports cars and enthusiast motorsports. When the Corolla AE86 waslaunched in the United States in the 1980s, it earned a deep enthusiast following, while the car was simultaneouslybuilding a cult following in Japan as a drift vehicle. The 2017 Toyota 86 pays homage to the legendary car of the past,while proving itself to be an athletic star today in its own right.

"Our Toyota 86 is a potent car right out of the box, but it gets even hotter with a full lineup of TRD parts andaccessories," said Preston Dyer, National Marketing Manager of Parts and Accessories for TMNA. “TRD gets itsinspiration where it counts – on the track – and we couldn't think of a better way to demonstrate that performance thanby entering our TMG 86 Cup Car in Pirelli World Challenge." The decision to enter the TMG 86 Cup Car in PWC was birthed in the success of another Toyota 86. After a stock 86 withTRD parts and accessories bested the entire field at the local Spring Fling Autocross event in Southern California inMarch, Toyota officials began looking for additional opportunities to highlight the prowess of the Toyota sports car thatalso competes in Formula Drift.

The TMG 86 Cup Car, an enhanced, production model developed by TMG for the GT86 Cup, part of the VLN Series inGermany, had been making the auto show circuit as part of a Toyota 86 display when the idea was hatched to enter thenimble, stock race car in PWC’s TCA class. The TMG 86 Cup car is a production Toyota 86 prepared by TMG for racingcompetition. The TMG 86 Cup Car features a stock 86 engine and transmission, as well as TMG upgrades to the vehicle’ssuspension, brakes and engine tuning, among other changes that include safety equipment for racing.

The PWC Utah event will mark the debut entry by a TMG 86 Cup Car in a North American competition. The TMG 86 CupCar is only scheduled to compete in both PWC events at Utah Motorsports Campus.