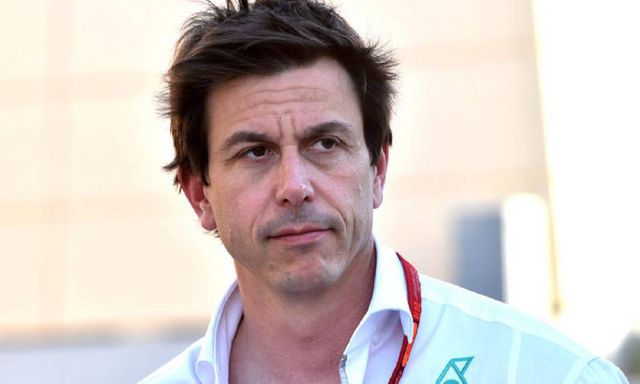 Mercedes denies Wolff furious after Hungary
(GMM) Mercedes has denied its boss was furious when Lewis Hamilton gave up a podium spot to Mercedes teammate Valtteri Bottas in Hungary.

Video footage has emerged of the team boss slamming the desk, his chair and angrily shouting at Mercedes chairman Niki Lauda at the moment Bottas swept past his British teammate.

Wolff admitted that switching the drivers while Hamilton is fighting for the world championship was one of the toughest decisions since he has been in charge of Mercedes.

"Sometimes doing it the right way and standing by your values is f—ing tough, believe me. I feel crap," he said.

As for the video evidence that watching the outcome of his decision actually made Wolff lose his temper, a team spokesman said: "No.

"It was simply the release in tension as they crossed the finish line. The guys were really happy with the position swap."

The spokesman told Auto Bild that any confusion was because the swap of positions was not seen by those in the Mercedes pits live.

"So we had to look at the timing monitor. When it was over, Toto called out but it was a very exciting situation and certainly there was no anger about the outcome. On the contrary," he added.

Meanwhile, although championship leader Sebastian Vettel's own teammate dutifully supported him in Hungary, the Ferrari driver said he saw nothing odd about the Mercedes swap.

"As I understand, the team decided to swap (positions) and then swap back, so it's pretty straightforward," said Vettel. "I don't think it's the first time somebody has done it."

(GMM) The Ferrari-partisan Italian press has backed reports the Maranello marque looks set to keep Kimi Raikkonen at the team for 2018.

It is expected the fabled Italian team will announce the new deals for Sebastian Vettel and Raikkonen at Monza.

So after the duo finished first and second in Hungary, the Italian press heralded the way Ferrari's current drivers work together.

"In truth, Raikkonen is the true winner, having played servant for Vettel because he could have easily overtaken and won.

"He will be at Vettel's side for another year."

"Ferrari was invincible in Budapest thanks to the power of clear ideas," said the newspaper. "At Ferrari, it is understood that one wins the drivers' title only if all row in the same direction."

Tuttosport added: "No one should be allowed to separate these two drivers."

And Corriere della Sera remarked: "Hungary reminded us that formula one is a team sport. Raikkonen waived the victory and receives a contract extension, as Ferrari has a perfect duo that Sergio Marchionne will want to keep."

"The points difference became so big at the beginning of the season that Kimi is forced to accept it," he told Ilta Sanomat newspaper.

"I don't know whether Kimi could have passed Vettel, but for Ferrari (what happened is) ok as formula one is still a team sport."

(GMM) Max Verstappen said sorry with a bottle of Dutch beer after punting his Red Bull teammate out of the Hungarian GP.

Daniel Ricciardo was furious after the crash, swearing about the 19-year-old on the radio and showing him the middle finger as he returned to the paddock.

But Verstappen's growing reputation for being a self-proclaimed "a–hole" did not extend to the area of apologies, with Ricciardo confirming that they spoke before leaving Budapest.

And De Telegraaf newspaper reports that the apology took place fueled by a peace offering in the form of two bottles of Dutch beer, delivered personally by Verstappen.

"Did I drink both beers? What do you think?" Verstappen said.

And Australian Ricciardo told Germany's Auto Bild: "Max apologized to me and took the blame 100 per cent. I accept the apology so I'm done with it, but it's impossible to change what happened anyway."

"It was an overly severe punishment, but this may have something to do with the past when he was impetuous," he said.

Formula 1 will conduct two days of testing before entering the annual summer break, with teams staying on at the Hungaroring after the Hungarian Grand Prix. The planned Day 1 line-up.

Ferrari team boss Maurizio Arrivabene has heaped praise on Kimi Raikkonen for being a "true team player" at the Hungarian Grand Prix, as he completed a 1-2 finish.

Raikkonen followed team-mate Sebastian Vettel, who was managing a steering problem, throughout Sunday's race at the Hungaroring, sustaining pressure from Mercedes' Lewis Hamilton late on.

He made several radio comments claiming that he was faster, but stated post-race that he did not want to force the issue on Vettel's car, and settled for the runner-up spot.

"A great race and a result obtained in far from easy circumstances," said Arrivabene.

"Once again it demonstrated the strength of character at Ferrari; congratulations to the guys here and back in Maranello, working together in what is the mark of a great team.

"Seb drove a magnificent race, managing to keep the lead despite the problem with the steering wheel.

"He was helped by a great performance from Kimi who demonstrated not only that he is a champion, but also that he is a true team player."

"A much needed win and in a sense overdue," he told Sky Sports.

"I think the great thing about this one is that we earned it. This was a tough, tough race. We almost lost it, but we got it back, so I'm pleased."

Marcus Ericsson has conceded that Sauber expected more gains from the upgrade package it brought to the Hungarian Grand Prix, after the team was comfortably slowest.

Sauber introduced the first part of an upgrade package to its C36-Ferrari at the Hungaroring, with new bodywork and a revised cooling system, but its struggles persisted.

Ericsson went on to finish the race in 16th place, with Wehrlein 15th, the pair having been lapped twice by victor Sebastian Vettel.

"It was a difficult race," said Ericsson, who pitted during the Safety Car period after suffering a huge flat spot under braking for Turn 1.

"We did not have the pace that we hoped, and were just not able to fight the competitors in front of us.

"It is disappointing, because we expected to make a bigger step with the first parts of the aerodynamics update we brought with us.

"After the summer break, we should be able to make another step forward."

"Overall, our pace is just not good enough to fight our direct competitors," he said.

"We know that it will be difficult for the forthcoming races, but we need to stay focused and motivated for the second half of the season."

Sauber slipped to last place in the Constructors' Championship in Hungary, following McLaren-Honda's haul of points.

Carlos Sainz Jr. labelled seventh place at the Hungarian Grand Prix as "like gold" for Toro Rosso, with the team closing on Williams in the Constructors' Championship.

Sainz Jr. started from 10th position but launched up to sixth on the opening lap, and kept Fernando Alonso at bay across the first stint of the race.

Sainz Jr. ultimately relinquished sixth to Fernando Alonso after the pit-stop phase – the elder Spaniard completing a fine move through Turn 2/3 – but had enough in hand to hold off Sergio Pérez for seventh.

The result enabled Toro Rosso to move to within two points of Williams in the scrap for fifth in the standings.

"I managed to do a very good start, went around the outside of both McLarens into Turn 1 and held onto my position into Turn 2," said Sainz Jr.

"At this point, I saw that maybe I was also capable of getting a Mercedes, but I decided to back-off a bit and play it safe because the work was done.

"From then onwards it was a very tough task to defend from Fernando, as he was much faster than us.

"In the end he got past us but I'm happy to have been able to hold on to that seventh position… For us this is like gold at the moment!"

Sainz Jr.'s haul brought his points total up to 35 as he solidified ninth place in the Drivers' championship.

"All in all, it's been a very positive weekend with a perfect qualifying, a fantastic start and race," he said.

"I can now go on holiday happy and very satisfied with my first half of the season.

"I've ended up in the points in every race I've finished up until now, which is a good statistic to hold onto, and I'm enjoying this midfield battle."

Daniil Kvyat finished 12th in the other Toro Rosso.