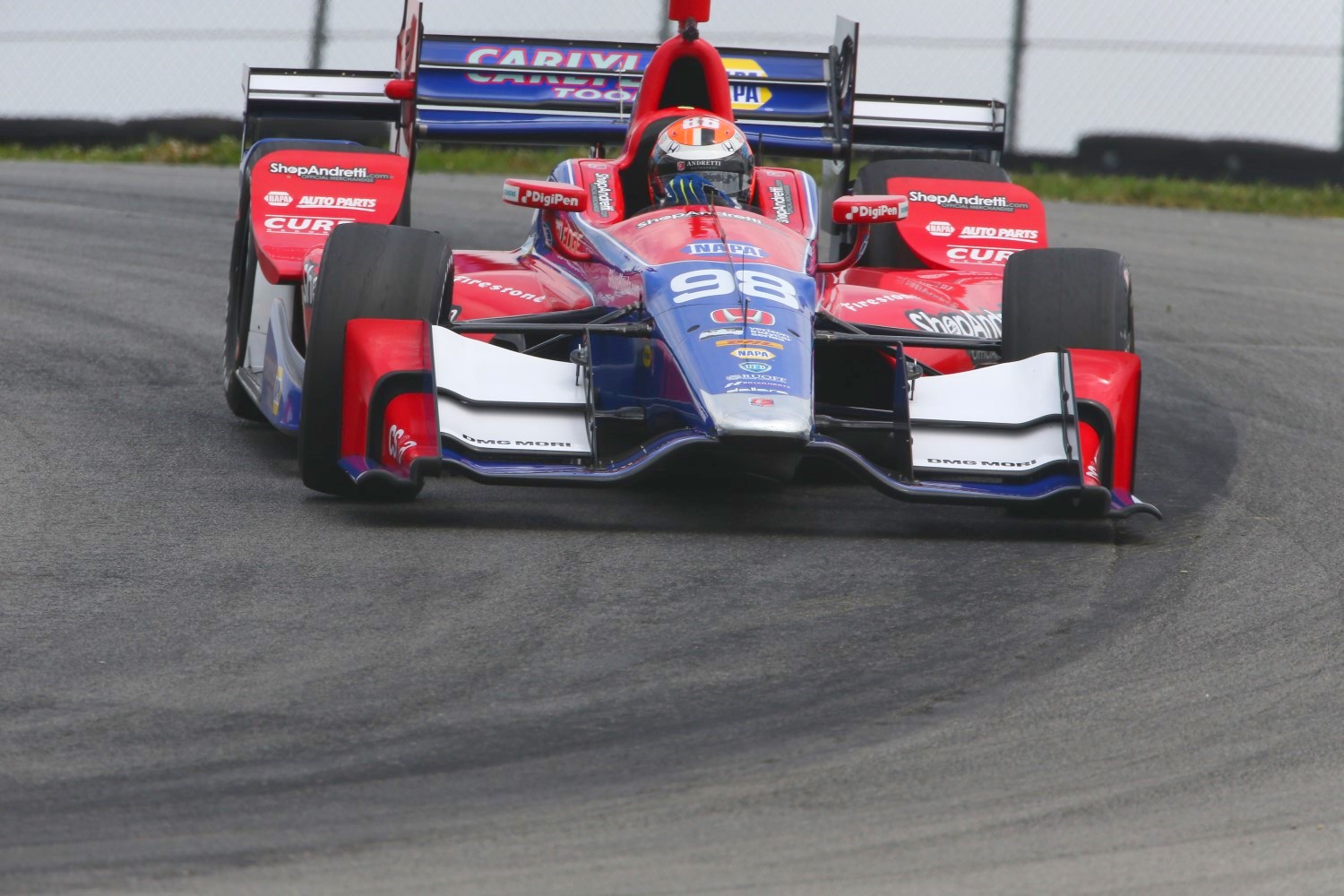 With a lap time of 1:04.23s, Alexander Rossi led an Andretti Autosport 1-2 and Honda sweep of the top-four in practice 3 for the Honda Indy Grand Prix of Mid-Ohio. Indianapolis 500 winner Takuma Sato was second a mere 0.0969s behind Rossi.

The Chip Ganassi Racing duo Scott Dixon and Tony Kanaan were third and fourth, with Josef Newgarden the fastest Chevy in fifth.

Next up for the Verizon IndyCar Series will be qualifying, scheduled to begin at 2:05 p.m. ET.