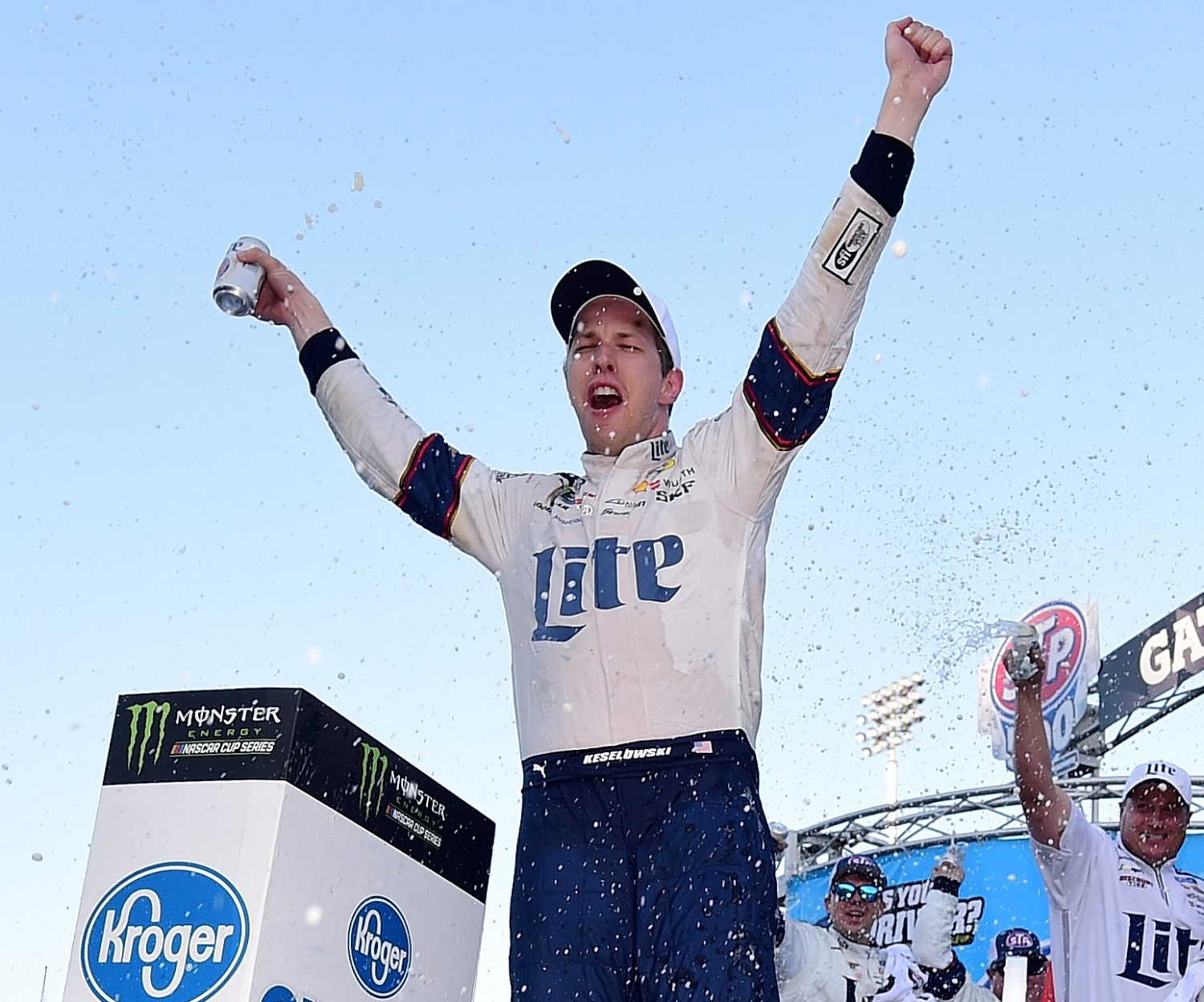 Brad Keselowski, the 2012 Monster Energy NASCAR Cup Series champion, has reached an agreement with Team Penske officials to remain with the organization as driver of the No. 2 Ford.

The multi-year agreement was announced Tuesday by Team Penske officials in a news release.

“In the time that Brad has driven for Team Penske, he has risen to the top echelon of stars in NASCAR," team owner Roger Penske said. “Brad and Paul (Wolfe, crew chief) have established a terrific, winning combination and they are both real leaders within our team.

“More than just wins and championships, Brad is an important part our relationship with Ford Performance and his work with the Checkered Flag Foundation shows what kind of person he is away from the track. There is no question he continues to be a great fit for our organization."

“Roger and everyone at Team Penske have given me everything we need to win championships at the highest levels of NASCAR," Keselowski said. “As I have said all along, Team Penske is where I want to be and I am thrilled to continue with the organization well into the future. I have a lot of years left in the sport and I truly feel our best years are ahead of us."

The organization also announced a contract extension with Wolfe, the former racer who guided Keselowski to the XFINITY Series championship in 2010 and has been his MENCS crew chief since 2011.

“There is no one I want helping make my race cars go fast more than Paul Wolfe," Keselowski said. “We have a lot of continuity between the two of us, and really the entire No. 2 Ford team, which is so important in today’s NASCAR."

A winner in all three NASCAR national series, Keselowski earned his first Cup win in 2009 at Talladega while driving on an interim basis for Phoenix Racing and team owner James Finch.

Dave Pericak, Global Director for Ford Performance, called Keselowski “an integral part of our Ford program, and we appreciate his leadership within the team and among the drivers in this sport.

“We look forward to helping him take Ford and Team Penske to Victory Lane many more times in the years ahead," Pericak said.

Team Penske fields two entries in the MENCS, the No. 2 Ford of Keselowski as well as the No. 22 for Joey Logano. Keselowski has two wins this season while Logano has one.

The organization also fields the No. 22 full time in the XFINITY Series as well as the No. 12 on a part-time basis.