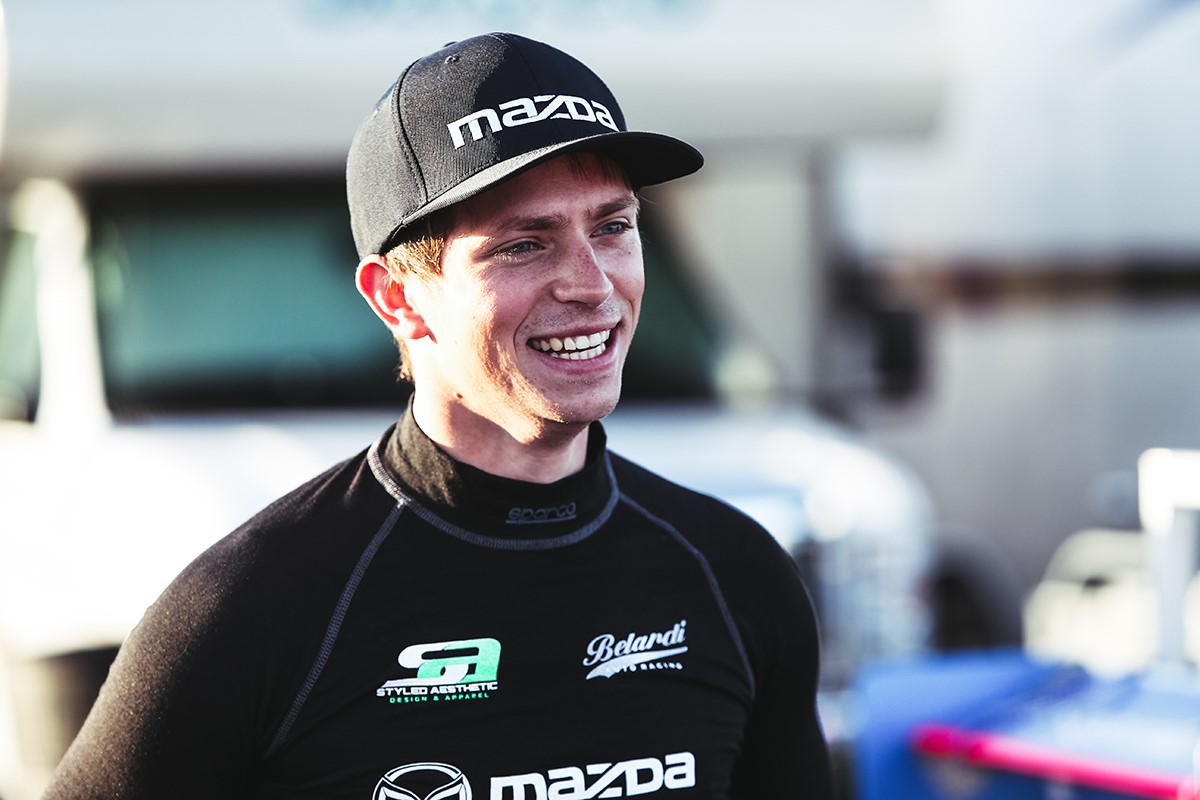 MOUNDS VIEW, Minn. – It feels like it has been ages since I’ve written one of these bad boys. It’s not for lack of trying either. I have three unfinished blogs that I have tried to write since the 2017 season got started because I never had the time to get them done! But finally here we are, over halfway through the Indy Lights Presented by Cooper Tires season and I’d like to give you my verdict on it: This is hard.

My number one struggle throughout my car racing career – which has outweighed all other struggles 10 times over – has been funding. I would say that in the past five years, if you were to ask me “what’s stressing me out?" or “what are you working on?" 10 times out of 10 my answers would have been, “I hope I find enough money to go racing" and/or “I’m trying to find money to go racing." But this year new challenges have risen to match or exceed my struggle to find funding. Struggles that, honestly, I’ve never had to worry about in my career. What struggles am I talking about? Well, embarrassingly, I’m talking about getting the most out of the car, finding the right setup, and fitness.

You are now probably thinking “how are these struggles just now coming to the surface if you’ve been racing (successfully) for five years?" That is the exact question I asked myself this year as well. I apologize in advance that I’m about to sound like a super pompous douche bag.

The easiest part of racing for me my entire life has been driving the race car. I still haven’t gone an entire year without winning a race since I was 10 years old. I can generally get into a car and immediately go fast. I used to laugh at all the drivers who spent all their time at PitFit doing all sorts of ridiculous exercises (to be fair I still laugh a bit at some of them). I also used to actually use phrases like “turn down the suck and turn up the awesome" (don’t worry, my engineer knew what to do) when describing what I’d like my engineer to do to my car.

Now, this is not to say that everything up until this point has been easy. Nor that I wasn’t taking it seriously. No, definitely not. Competing at any level on the Mazda Road to Indy is extremely difficult and ridiculously competitive. It’s more like when you’re in high school and you happen to be naturally gifted at football, basketball, etc… and you’re a star player winning games and championships then you go off to college to play and you quickly realize everyone else was a lot like you in high school as well. So what do you do if you want to compete? You up your game. And that’s exactly what I’ve done this year.

I always thought I was in great racing shape. I work out five days a week and try to stay away from Wisconsin eating habits. In my first Indy Lights test there was some extra head padding in my car so naturally I told my team “I don’t need that wussy padding in there." Half a day of testing later I had to eat my words and ask for the padding back so my head could stay attached to my neck for the rest of the day! I now incorporate some of those hilarious PitFit neck exercises into my routine and have to admit they really do help!

One of the more unfortunate things that happened to me this year was qualifying on pole and winning the first race of the year at St. Petersburg. Why was this unfortunate? Because it gave me the false sense of security that the way I’ve always done things was going to be good enough to compete for wins every weekend. Luckily for me it didn’t take long for reality to knock me down a bit at the next race weekend where I struggled to find the pace to be up front.

I quickly realized that natural ability and old habits probably weren’t going to cut it at the Indy Lights level. Walking up to my hotel room at the Indy GP after a tough weekend I remember telling my driver coach, “Hey, this isn’t easy."

Since then I’ve truly buckled down and became quite a bit more serious about the driving part of racing. It didn’t take long for our form to slowly start coming back with a second-place run at the Freedom 100 and more recently another second-place finish in Toronto to get me back into the top five in the standings! But there is no time to rest on that so I’m going full-steam ahead to continue to up my game so I can get back on the top step.

It would of been all too easy to just let this year get away from me when things started to slide. So I have to thank everyone at Belardi Auto Racing and my driver coach, Steve Welk, for working extremely hard and getting me back in the game. I am also very thankful for all of my supporters standing by me this season! Thanks to Mazda, Rice Lake Weighing Systems, PPG, Assured Automotive, Morrie’s Auto Group, Styled Aesthetic, Prime Realty, Cooper Tires, Sparco, Bell Helmets, Team USA Scholarship, my parents, and all of you!