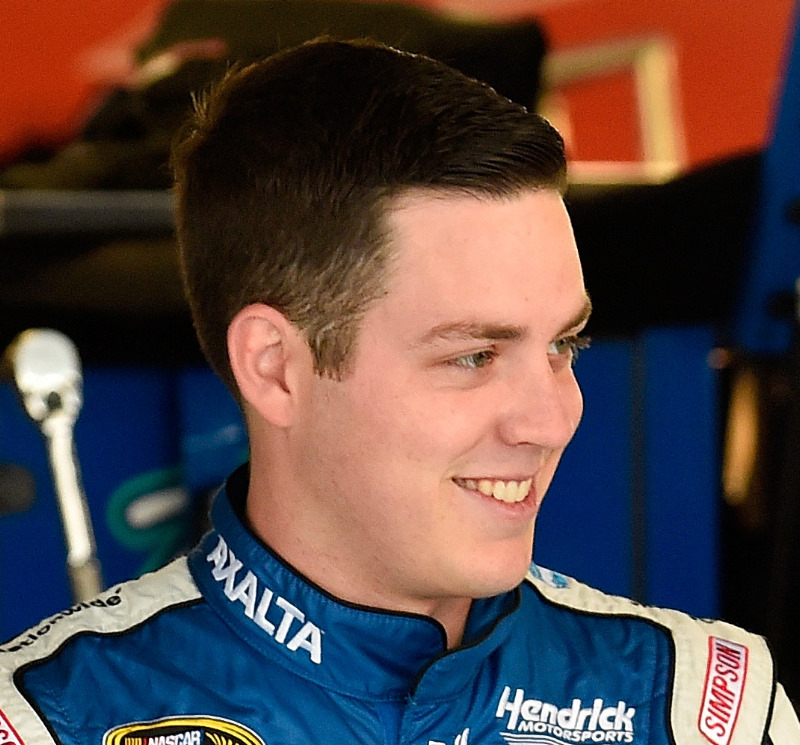 Hendrick Motorsports officials announced Thursday that Alex Bowman will replace Dale Earnhardt Jr. in the organization's No. 88 Chevrolet for the 2018 season, with sponsorship from Nationwide and Axalta.

Bowman, 24, drove 10 races with the team in 2016 while Earnhardt was recovering from a concussion that caused him to miss the final 18 races of the season.

"Ever since I was a kid, racing is all I've wanted to do," Bowman said in a team release. "I've had so many people believe in me along the way. My family has sacrificed a lot and always been behind me. I would never have this chance without the support of Dale and everyone involved with the No. 88 team. To be part of Hendrick Motorsports and for Mr. Hendrick to have this confidence in me, it's just amazing.

"The No. 88 team is such a great group of people. I know we can pick up where we left off last year, and I truly believe we can win races and contend for a championship. I'm excited to build on the relationship with Nationwide and all of our partners. It means the world that they have faith in me, and I'm thankful to have them on my side. Now I just want to go win."

Bowman, a member of the first NASCAR Next class, currently is employed by Hendrick Motorsports and does much of the simulation work for the organization as well as testing with the wheel force transducer car for Chevrolet. He competed full time in the Monster Energy NASCAR Cup Series in 2014 for BK Racing and '15 for Tommy Baldwin Racing but found himself out of a ride prior to the start of the 2016 season.

He ran select races for JR Motorsports, the NASCAR XFINITY Series organization co-owned by Earnhardt, in 2016 and was one of two drivers that filled in for the injured Earnhardt following his mid-season injury.

Bowman earned three top-10 finishes with the team, including a career-best sixth at Phoenix, during his brief tenure behind the wheel. He also scored his first pole, also at Phoenix, and as a result earned a berth in this year's Advance Auto Parts Clash at Daytona. He finished third in that non-points race.

Earnhardt, the son of seven-time champion Dale Earnhardt and a 26-time winner in the series, announced in April that he would retire from Cup competition at the end of this season.

He is a 14-time winner of the National Motorsports Press Association's most popular driver award. Earlier this year, he endorsed Bowman as his replacement during one of his post-race Periscope video chats, saying it "would be pretty awesome to see Alex in that car. That's the plan, I hope."

"Alex impressed the heck out of us last year with his talent, poise and professionalism," said Rick Hendrick, owner of Hendrick Motorsports. "He stepped up in a very demanding situation and showed that he can run with the best and compete for wins. His ability to stay focused through it all, and the way he's handled himself since then, has shown a lot of character. Greg and the team loved working with Alex, and that dynamic will get even better with more time together.

"Our relationship with Nationwide is unbelievable. They have a true passion for NASCAR and our fans, and to have them extend with us is gratifying for our whole team. It's also a credit to the way Alex carried himself last season and built lasting relationships. We're fortunate to work with partners like Nationwide and Axalta that have built impactful, enduring programs around the countless opportunities our sport provides."