United Autosports make their way to Red Bull Ring, Austria this weekend (21-23 July) for round three of both the European Le Mans Series and the Michelin Le Mans Cup.

The United Autosports LMP2 team are returning to the European Le Mans Series grid after a successful showing at the Le Mans 24 Hours last month. Will Owen, Hugo de Sadeleer and Filipe Albuquerque finished fifth overall and fourth in the LMP2 class – the highest placed ELMS entrant in the race. The #32 Ligier JS P217 is currently second in the LMP2 and overall championships. 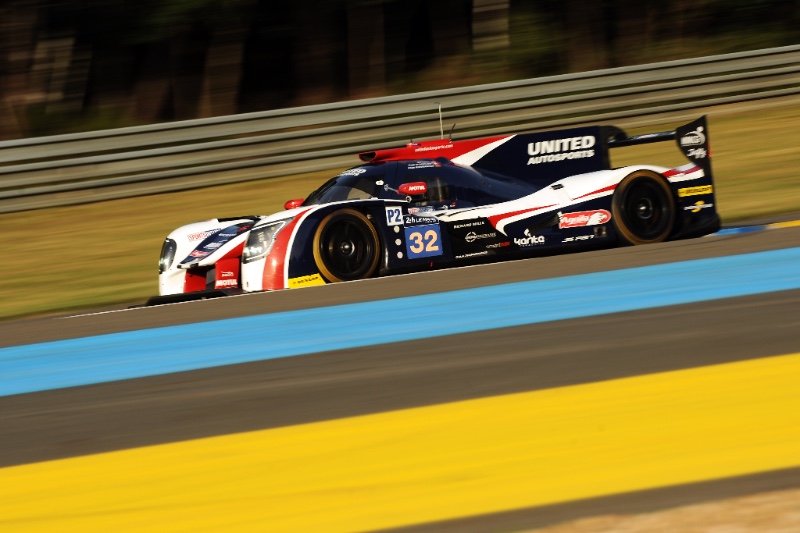 The team’s American LMP3 duo of John Falb and Sean Rayhall also had a stunning performance at Le Mans in the Road to Le Mans support race. They won the first race of the weekend – after the team had changed the engine in car #2 overnight – and then came second in the Saturday morning race.

Mark Patterson, Christian England and Wayne Boyd currently lie joint second in the LMP3 Championship standings and will be hoping to add to that this weekend in Austria.

The team will also be entering round three of the Michelin Le Mans Cup this weekend as Richard Meins and Shaun Lynn, along with Jim McGuire and Matt Bell prepare for their two-hour race. Last time out at the Road to Le Mans event, which acts as round two of the Michelin Le Mans Cup, Jim and Matt scored their season best result of sixth place in the AERO Ligier JS P3. Richard and Shaun also had a good showing, improving their pace every time they went out in their Gulf Marine-liveried Ligier JS P3.

Last week, United Autosports tested three Ligier JS P3s and their Ligier JS P217 at Spa Francorchamps in an exclusive two-day test ahead of the third ELMS race weekend in Austria. They also took the opportunity to test two of Zak Brown’s historic race cars – the 1974 Ford Capri and 1980 Williams FW07 – ahead of the Silverstone Classic event at the end of July. 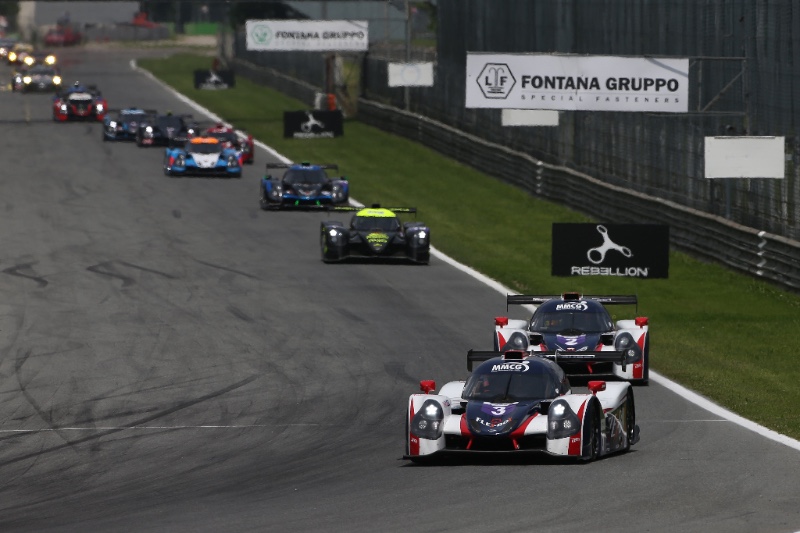 John Falb (US), driver #2, United Autosports:
Born: Dallas, Texas. Lives: Las Vegas, Nevada. Age: 45
“I really enjoy going to Austria. I think the Red Bull Ring is great and it really does feel like a bull fight there. While it’s a relatively short track it presents a lot of challenges – challenges I believe Sean, myself and the team are ready for."

Sean Rayhall (US), driver #2, United Autosports:
Born/Lives: Atlanta, Georgia. Age: 22
“I can’t wait to get to Red Bull Ring. I think it’s going to be a strong track for us. John and I were pretty strong there last year and United have been in good form at Silverstone, Monza and Le Mans. So far this year we’ve had a lot of success and we hope to carry it on there. We are aiming to be back on the podium."

Mark Patterson (US), driver #3, United Autosports:
Born: Port Elizabeth, South Africa. Lives: Montana, USA. Age: 65
“I’m absolutely looking forward to Red Bull Ring – I love that track. It’s a little short but very technical and challenging and fast. Little mistakes can cost us a lot. We are only aiming for one result there."

Wayne Boyd (GB), driver #3, United Autosports:
Born: Belfast, Northern Ireland. Lives: Templepatrick, Northern Ireland. Age: 26
“I’m really looking forward to the next round of the ELMS at Red Bull Ring. We are in a good position in the championship and we had a good couple of days testing at Spa ahead of the race too and we learnt a lot and all three of us have showed good pace. Last year at Red Bull Ring I qualified on the front row so hopefully we can go one better this year and be in a good position for the race."

Christian England (GB), driver #3, United Autosports:
Born: Barnsley, UK. Lives: Huddersfield, UK. Age: 35
“We had a good result at Red Bull Ring last year – the third win in a row. It’s a great circuit and the surrounding areas are beautiful. It’s a circuit I enjoy racing at and hopefully we can get our first win there. We had a good test at Spa at the end of last week so we are fully prepared for the next ELMS round."

Will Owen (US), driver #32, United Autosports:
Born: Plano, Texas. Lives: Denver, Colorado. Age: 22
“I feel good and prepared going into the Red Bull Ring weekend. We have had a good warm up at Spa and I think our set up will be good but I’ve never raced there so it will be a challenge to get up to speed in the two practice sessions, but I’m really excited for it."

Hugo de Sadeleer (CH), driver #32, United Autosports:
Born: Lausanne, Switzerland. Lives: Monaco. Age: 20
“I’m very much so looking forward to Red Bull Ring. Last year I finished sixth in Formula Renault and I feel quite comfortable round there and it’s a great place to race. I feel really prepared for the next ELMS round after our test in Spa too."

Filipe Albuquerque (P), driver #32, United Autosports:
Born/Lives: Coimbra, Portugal. Age: 32
“I’m really looking forward to the Red Bull Ring race weekend because it’s a nice track and I think coming from Le Mans where we had a good race and showed a good performance with what we have. I think Red Bull Ring is a track that will suit our car and we will be able to be competitive. All this together makes me think we will have a good race weekend. Will and Hugo’s performance in the LMP2 car is getting stronger after each race so hopefully there are only good things for us going forward."

Matt Bell (GB), driver car #22, United Autosports:
Born: Newcastle, UK. Lives: Stamford, UK. Age: 27
“I enjoyed going to Red Bull Ring last year. It’s a good little circuit. Our main focus will be giving Jim as many laps as possible as it’s one of the only circuits this year we haven’t been able to test at and he’s never raced here before so that will be our priority in testing. It should be a good weekend."

Richard Meins (GB), driver car #23, United Autosports:
Born: London, UK. Lives: Surrey, UK. Age: 62
“The Red Bull Ring is another great track we get to visit and I can't wait to sample the atmosphere and scenery. We will be looking to improve on our Le Mans showing and the fickle weather you get in the Styrian mountains may well play a part. Like Le Mans, this track in its earlier form was the stuff of legends and Gulf liveried cars are part of that history. We may not be able to match Pedro Rodriguez in the 1971 1,000kms race where he pulled back a two and a half lap deficit to win in his Gulf Porsche 917-in the wet, but we will give it our best shot!"

Shaun Lynn (GB), driver car #23, United Autosports:
Born: Tripoli, Libya. Lives: Essex, UK. Age: 54
“I’m looking forward to racing at the Red Bull Ring. I’ve never raced there before but I’ve heard it’s a great place. Our pace is getting better each time we go out in the Ligier. I’m loving driving the car and getting to race on all the great European circuits is fantastic."

Zak Brown, Team Owner and Chairman, United Autosports:
“We are in a good position going into the ELMS races at Red Bull Ring. The P2 guys are second in the championship and we are second and third with our two P3 cars. We won there last year in LMP3 so hopefully we can get a repeat of that in 2017."

Richard Dean, Team Owner and Managing Director, United Autosports:
“We had another great result at Red Bull Ring last year, winning for the third time in our Ligier JS P3 and there’s no reason why we shouldn’t have the same aim this time round with both our LMP3 and LMP2 cars. I’m looking forward to seeing how our Michelin Le Mans Cup team gets on too. The pace of both cars is improving each time they go out so I’m hopeful of a good weekend all round.