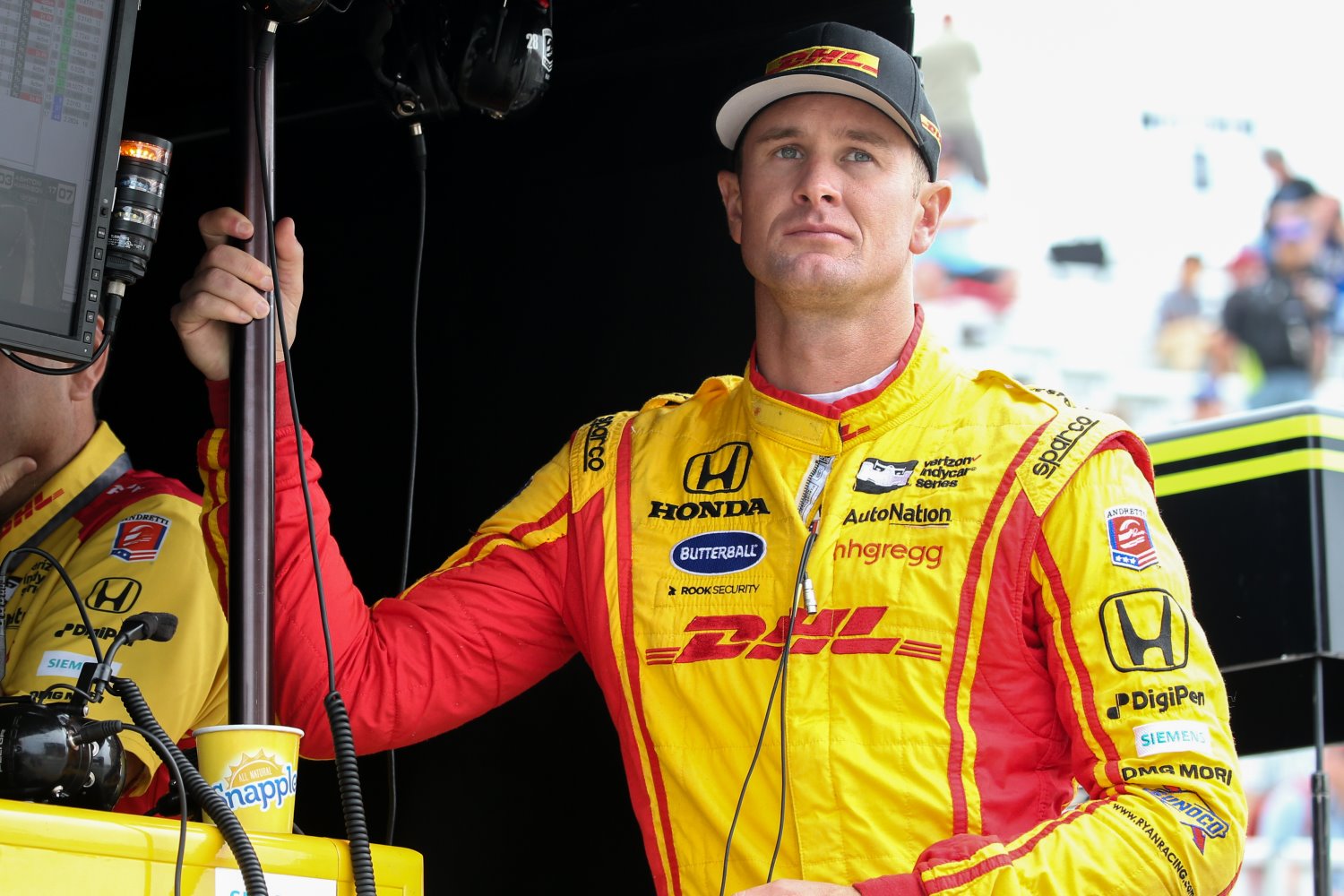 It is a sunny day in Toronto, Ontario. Today should be in the high 70s with no rain predicted. The downtown area was covered by a thin layer of fog this morning, that should burn off quickly today. Now race day might be another story.

The streets of Exhibition Place are tough on an IndyCar. Sharing the track this weekend is the Canadian arm of NASCAR, the NASCAR Pinty's Series. This series was formed when NASCAR purchased the old CASCAR series here in Canada in 2008. Veteran Canadian drivers compete in the series part-time for fun while maintaining full time careers, while others are serious championship contenders.

Alex Tagliani, the driver of the #18 EpiPen/Lowes sponsored car, drove in IndyCar from 2008-2016. He qualified second yesterday to another former IndyCar driver, Andrew Ranger. In the Pinty's press conference yesterday, Tagliani was asked about the bumps on the track. He commented that he could not imagine what you feel if you are in an IndyCar after experiencing the bumps in his car.

Simon Pagenaud, last year's IndyCar champion and fastest driver in both practice sessions yesterday, had this to say about the track. "The car has been phenomenal the whole day. This track is so much fun to drive on because it's different to other tracks. Here it's very low grip. You slide around in the corners. The tarmac changes throughout the corner, and it's giving you a great challenge. I really enjoy that. Every corner is different. You need to change your driving, corners to corners. It's not boring, I can tell you that."

"Obviously the difficult part from now on is to find the magic setup on the car for the red tires because there's quite a bit of a difference on the balance from the black tires to the reds and I'm struggling with Turn 8 actually, those little patches. They've redone the complete braking zone, and all of a sudden you turn in and there's a little patch here that's right in the wrong spot. But that's part of it. That's what makes it fun, too. Like I said, if it was all renewed tarmac, it would be too easy almost."

We talked about the curved pit lane here in Toronto which was changed for last year's race. The reason for the change is the luxury hotel that is being built on the Exhibition Place grounds. The hotel is located just inside the iconic Princess Gate, which is turn one for the race track. The hotel is being referred to as Hotel X and has been under construction since 2013.

The Hotel website advertises that the Hotel would have been opened in May of 2017, but it is also not taking reservations at this time. There will be 400 rooms and many restaurants and bars one the building is completed. So pit lane will remain in the current position until construction is complete and the roads all opened up.

Today schedule for the IndyCars is a 45 minute practice starting at 10 am and the Firestone Fast Six qualifying at 2:15 pm.