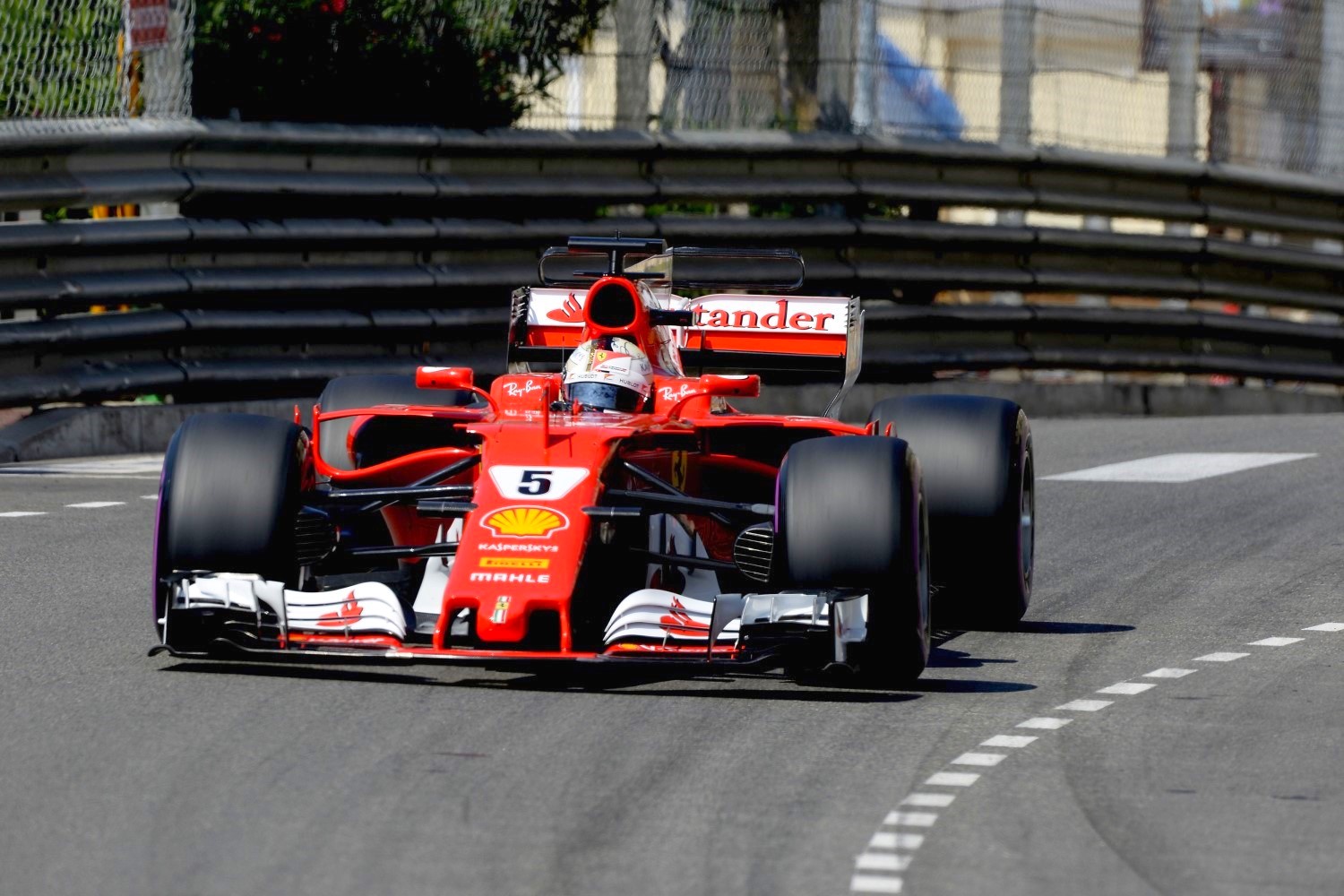 UPDATE Some new photos added below, including the Copenhagen street circuit layout.

The Ferrari driver heads into the British grand prix weekend with a 20-point lead over Mercedes' Lewis Hamilton.

"It should be a good track for us," Vettel told the German broadcaster RTL. "Silverstone is full of fast corners."

But that doesn't mean he doesn't think Ferrari has things to work on for the future.

"I think we can improve a bit in qualifying," he said. "Mercedes seem to be able to pull out a bit more performance than us."

(GMM) Lewis Hamilton will head into his home race at Silverstone amid a cloud of local booing.

At F1's London demonstration event on Wednesday, the Mercedes driver's countrymen booed at the mention of his name.

That was because Hamilton was the only active F1 driver missing at the event.

"We invited teams and drivers to join us and had a fantastic response from all the teams and 19 drivers," the sport's clearly disgruntled owner Liberty Media declared.

Earlier, Hamilton had said he would miss the event in favor of a holiday.

"As Lewis posted on social media, he is on a short break until Silverstone," a Mercedes spokesperson said.

F1 correspondent for the Daily Mail, Jonathan McEvoy, said: "Why Hamilton would stay away is almost beyond understanding."

Hamilton's boss Toto Wolff said in London: "Lewis feels he is in such a tough championship fight that he needed the days off after Austria."

(GMM) Copenhagen is not yet backing plans for a F1 street race in the Danish capital.

We reported recently that Danish businessman Lars Seier Christensen met with F1 owner Liberty Media about a potential deal, with a circuit to be devised by Hermann Tilke.

However, Copenhagen's Lord Mayor Frank Jensen said: "We first must look at how a F1 race is run and how it will affect daily life in Copenhagen.

"This is necessary before we decide whether we – the municipality – can support the project," he told BT newspaper.

No Verstappen release for '100 million' – Marko

Persistent speculation suggests Ferrari may even be willing to pay millions to extract the 19-year-old from his current Red Bull deal, which runs until the end of 2019.

But Marko, the Red Bull driver manager, tells Bild newspaper: "We would not give max up for 100 million.

"We put him into formula one to see his insane potential and development. We want to be world champion with him," he insisted.

Verstappen's manager Raymond Vermeulen said: "We are, as always, committed to agreements, but this is based on reciprocity with Red Bull.

"We do not talk about contracts but Dr Marko, Max and I know what is agreed.

"Red Bull has one of the best drivers in the paddock, and you can expect us to have the best equipment to become world champion," he added.

The latest rumors come amid Verstappen's obvious frustration with his run of abysmal car reliability in 2017.

"We have told him we are doing everything we can to stop this unbelievable bad luck," said Marko.

(GMM) Ross Brawn is not ruling out an expansion of the F1 calendar to include 25 races.

Recently, after Lewis Hamilton and Fernando Alonso threatened to quit if there are 25 races in the future, F1 CEO Chase Carey said his first priority is to make the 21-race schedule for 2018 as successful as possible.

But now the rumors about 25 races are back.

Brawn, F1's sporting boss under the new Liberty Media regime, said: "25 races — that's one every other weekend. "Not a bad working life, is it?

"It wasn't so long ago that drivers were testing every week," he told the Telegraph.

Carey has spoken of his desire to mix traditional F1 circuits with exciting new venues like New York or Miami and, in Brawn's words, head to "one or two new continents".

Sean Bratches, the F1 commercial chief, says the sport has plenty of options to pick from.

"Since I've been here, probably 30 countries, municipalities, principalities have reached out to me interested in bringing formula one to their cities, their countries," he told the AP news agency.

Pirelli to bring softest compounds to Mexico
Pirelli will bring the softest three compounds from its range to the Mexican Grand Prix later this year.

In line with recent choices, the selection of Ultra Soft, Super Soft and Soft tires represents a step softer than the company's approach for the corresponding 2016 event.

As per 2017 regulations, one set of the Ultra Soft tires must be set aside for use only in Q3, while either the Super Soft or Soft compound must be run for one stint of the race.

It will be the ninth time from 18 Grands Prix that Pirelli, which introduced wider and more durable tires this season, has brought the three softest compounds to an event.

Pirelli's nominations of its tires for Mexico means it has only still to reveal its choices for Brazil and Abu Dhabi.

Mercedes: Bottas getting stronger each race

Mercedes boss Toto Wolff believes Valtteri Bottas is "getting stronger with every race", after the Finn claimed his second victory of the campaign in Austria.

Bottas joined Mercedes from Williams in January, following the unexpected retirement of World Champion Nico Rosberg, and enters the British Grand Prix as the in-form driver.

Bottas followed up successive second places in Canada and Azerbaijan – the latter from the back of the field – with victory from pole position in Austria.

Bottas is now just 35 points shy of Ferrari's Sebastian Vettel and Wolff praised the progress made by Mercedes' new-for-2017 recruit.

"Valtteri keeps getting stronger with every race," commented Wolff.

"After the fightback in Baku, he just got on with the job in a cool and collected way in Austria.

"He knew we needed pole position and the win; he kept his feet on the ground, produced the start of his life and delivered.

"He's taking it step by step, concentrating on the things in his control that make the difference, and the results speak for themselves."

Wolff nonetheless emphasized that Mercedes heads into the British Grand Prix with "unfinished business" after issues in Azerbaijan and Austria compromised Lewis Hamilton.

"From the team's perspective, we come to Silverstone with a feeling of unfinished business and needing to put things right, even though we took the win in Austria," he said.

"In both Baku and Spielberg, we left points on the table that were there for the taking because of car problems that had nothing to do with our drivers.

"We are determined to make sure that doesn't happen in Silverstone.

"Silverstone is a circuit that we hope will suit our car. It is a very different challenge to the most recent tracks, with its sweeping corners putting the emphasis on aerodynamic efficiency.

"It will be an awesome sight to see these 2017 cars defying the laws of physics in the fast corners and we are all excited to see that."

Mercedes has not been beaten at the British Grand Prix since 2012, with Nico Rosberg (in 2013) and Lewis Hamilton (2014-16) triumphing for the reigning champion team.