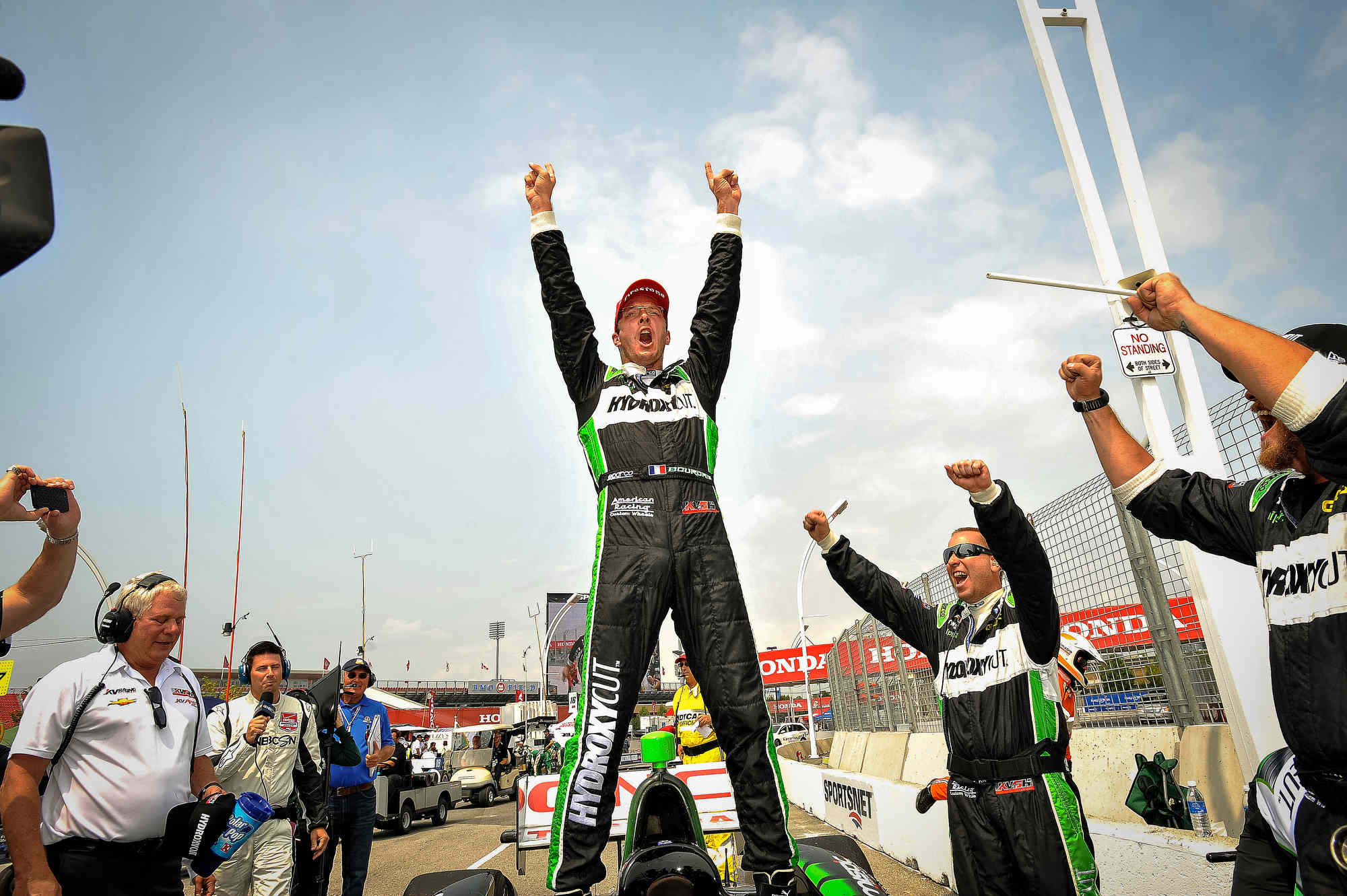 The Frenchman won the season-opening race of the year at St. Petersburg on a street course and followed it up with a runner-up finish at Long Beach.

After his crash at Indianapolis in qualifying where he sustained pelvic fractures and a hip injury, Bourdais made it back to the track at the ‘500 race morning for his first formal media availability.

Bourdais posted last week he was walking again, which was awesome to witness.

Now, he’ll attend Toronto – a track he’s won at before, most recently in 2014 with KVSH Racing – to support the team’s pair of rookies as they’ll look to succeed in their final street course starts of the year.

Gutierrez made his debut in IndyCar at the Detroit double while Jones has three top-10 finishes in four street course starts (10th at St. Petersburg, sixth at Long Beach, ninth at Detroit race one).

“It’s been an incredible challenge so far to jump from a street course, to a road course to a short oval and now back to a street course," said Gutierrez, who finished an impressive 13th in his oval debut at Iowa.

“Three different types of racing in a very short period of time, but it’s been very fun. Now for Toronto, I don’t know a lot about the track as I’ve never been there before but I’ve been told that it’s very bumpy! It will be important to have a stable car over the bumps, so hopefully we can find a good set up."

Jones, who has finished fifth, third, sixth and fifth in four Indy Lights starts in Toronto, looks for a bounce back weekend after a tough result in Iowa, where he qualified eighth but lost the balance and finished 18th. He’s also battling a left foot injury.

“Toronto is one of my favorite races on the calendar even if I didn’t do that great there in Indy Lights," said the Dubai-based Brit. “It’s a difficult track and very bumpy. It’s also very technical and tight in some sections so all that combined makes it very tricky but I can’t wait to get on track.

“It will be interesting to see how I get on after struggling at Detroit, but we were good at St. Petersburg and Long Beach. I’m hoping my foot will be better when we get there because there is much more braking than this last weekend in Iowa, but it should be alright. I’ll be resting it up this week."