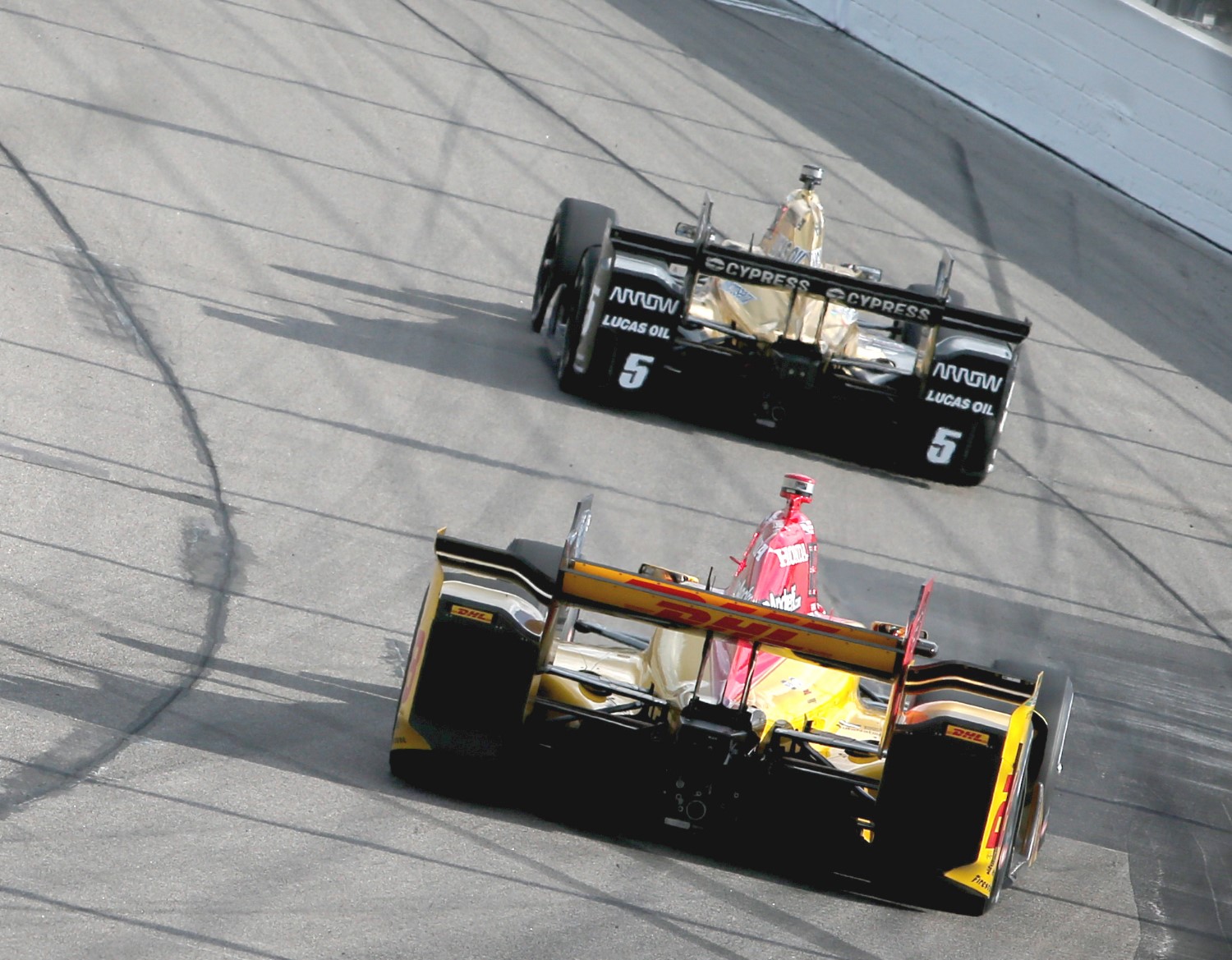 Iowa Speedway is widely regarded by racecar drivers of every series as one of their favorites — a place that’s challenging but fun.

Much of the reason for that — aside from the banking, shape and size — is the racing surface. Worn and rough from both 11 years of racing and the harsh Iowa winters that play havoc on the asphalt, the patched surface leads to racecars sliding around the multiple racing grooves.

But like so many other tracks that wore out over time, Iowa Speedway will be repaved. The asphalt cannot survive forever. The question is just exactly when.

“We’re approaching the goal of as close to a 15-year window as possible," Iowa Speedway President Jimmy Small told The Gazette this weekend. “So we’re looking at around 2020-21. We have professionals that have been advisers and consultants to just about every racetrack around the country that come in before the season each year and they’re here each and every event weekend.

“I’d say we’re aiming for that 15-year window, but circumstances change all the time. If we have a harsh winter or we get a lot of snow, things could change over the offseason that could move it up or move it back."

There are a ton of factors that go into the timing of a repave. Just ask tracks like Kansas Speedway, Texas Motor Speedway and Kentucky Speedway. Or even Atlanta Motor Speedway, which had planned to tear up its asphalt and repave after its spring race this year, but put that on an indefinite hold after drivers and fans begged them not to.

The reality is, Small said, many of those tracks get the advantage of being in a warmer climate with far tamer conditions through the winter months — with Kansas and Chicagoland Speedway the only other venues with similar circumstances. The only other paved track in Iowa, Hawkeye Downs Speedway in Cedar Rapids, was repaved in 1997, and while it’s past the 15-year window Small mentioned, deals with the same issues and has to monitor its surface the same way.

Small said Iowa Speedway and its staff “have to be" flexible in these kinds of decisions because of that.

During the IndyCar race weekend, drivers were asked about the racing surface, which they said in the past sometimes changed drastically year to year. But this year seemed to have retained much of the characteristics seen last year, according to Will Power, Josef Newgarden and others who were asked.

Small said the surface is in “really good condition," right now and that, “this has been, repair-wise, the best we’ve been in my four years as far as maintaining the track in the offseason." Jeremiah Davis/The Gazette