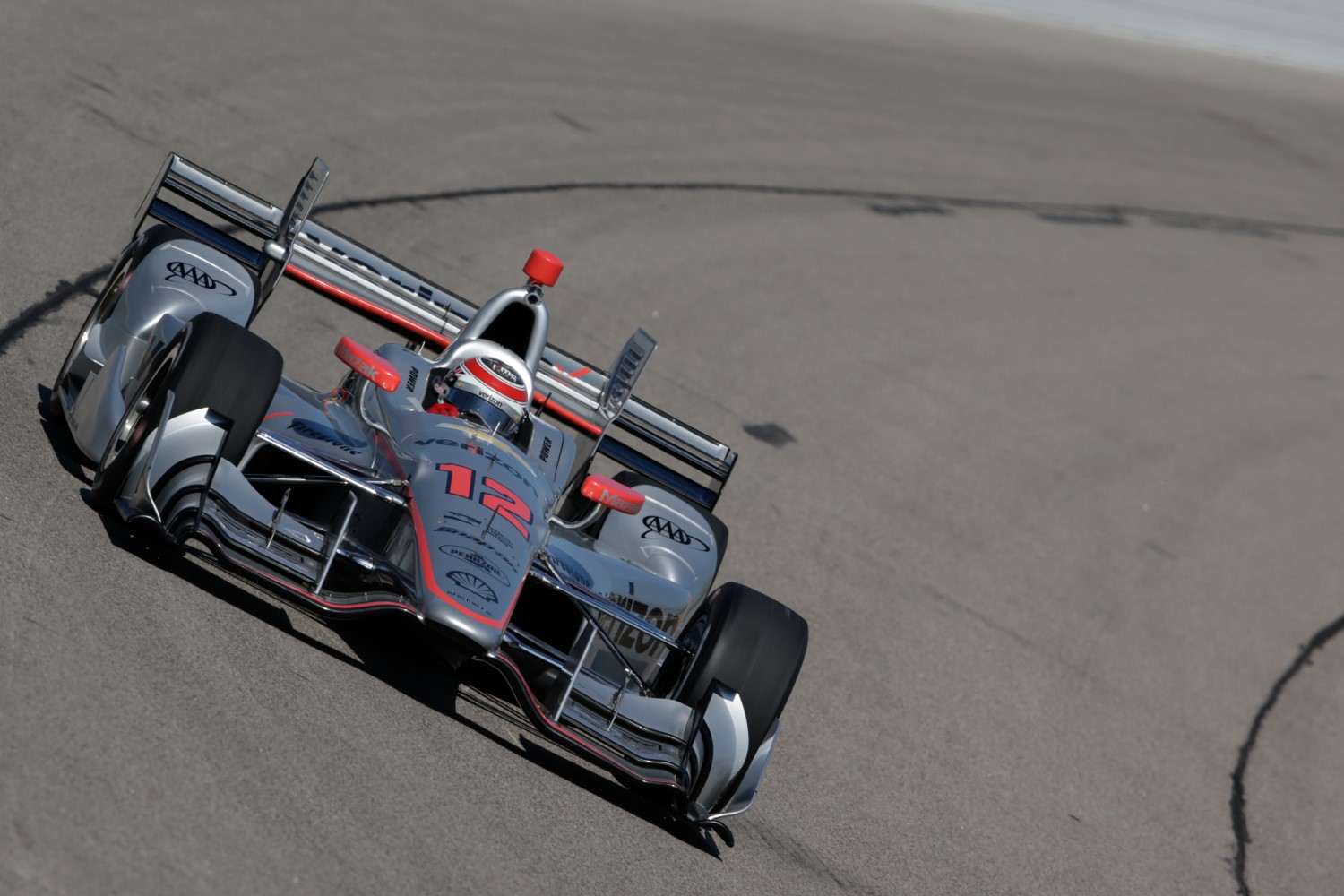 It is a glorious day here in the cornfields of Iowa. Temperatures are in the mid-80s with relatively light humidity and a slight breeze. And while the weather here in Newton is known to change on a moment's notice, early forecasts indicate the weather should remain lovely for today's Iowa Corn 300, scheduled to start at 4:44 p.m. local time.

Will Power, the pole sitter for today's race, doesn't usually need the added advantage of being last in the qualifying order – when track conditions are typically best – or the benefit of seeing how his Team Penske teammates perform before him to win the pole. The 36-year-old Australian blitzed the field to earn the 48th pole position of his 13-year Indy car career, with a two-lap speed average of 185.210 mph in the No. 12 Verizon Team Penske Chevrolet. This will be the fourth time the 2014 series champion leads the grid to the green flag this season.

"It's just about hard work and bringing out your raw speed when you need it. I love qualifying," said Power, who closed within one pole position of tying Bobby Unser for fourth on the all-time Indy car list. "It's the part of the weekend where you push and give everything you can possibly give."

Power's team was also pleased that they will have the first pit stall at the next race in Toronto. The pit lane there changed last year due to construction of the hotel within Exhibition Place and it is now curved and hard to see cars coming out of their pit. "The pole is more important for the next race and good position than it is track position here", Power added, interestingly.

Today will be the 100th start for the Mayor of Hinchtown, James Hinchcliffe. His first race in the IndyCar series was back in 2011 at Barber Motorsports Park, driving for one of most successful teams in the series, Newman/Haas Racing. Hinchcliffe earned rookie of the year that season, but health issues and costs forced Carl Haas to close the team's doors.

Hinchcliffe would replace Danica Patrick at Andretti Autosport the following year in 2012 and won three races in 2013 with the team, including a dominating performance that here in Iowa, in which Hinchliffe led 226 of the 250 laps. After a not so promising season in 2014, Hinchcliffe left the Andretti team at the end of the season and moved to a familiar team, Schmidt Peterson Motorsports, where he currently drives the number 5 Arrow entry. The good humored Canadian won the rained drenched NOLA race in 2015 and had his latest win with the team in April of this year at the Long Beach Grand Prix.

The Andretti Autosport team has won seven of the ten races here at Iowa. Three of those wins belong to Ryan Hunter-Reay, who qualified 15th yesterday. Takuma Sato, this year's Indy 500 winner, had the best qualifying spot for their team and the highest Honda, qualifying 5th. They have a chance to end up in Victory Circle today.

Pit stop practice for the IndyCars is at 3:15 pm today and the green flag will fly at 4:44 pm.

We will keep you updated as things happen today.