Shell V-Power Racing Team youngster, Scott McLaughlin, has moved another step closer to his first ever Supercars championship after winning this afternoon’s action-packed opening race of the 2017 Watpac Townsville 400.

It was McLaughlin’s first ever win in Townsville. Today’s result moved McLaughlin to the top of the Supercars championship points lead for the first time in his career. 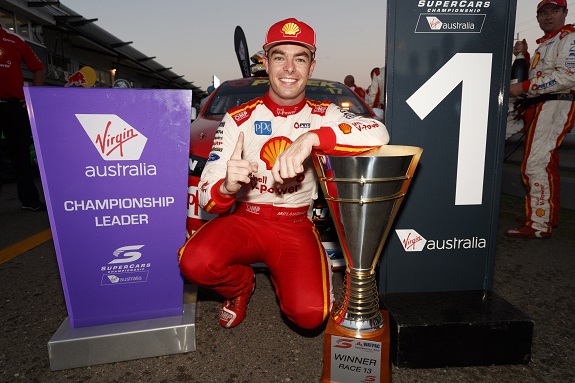 "Its cool, I wish it was November but at the end of the day its one of those things," McLaughlin said.

"I have never led it in my life so it’s a pretty cool moment I guess but there's a long way to go.

"I’m excited it’s a good place to be and we were in a worse position earlier this year so its nice to come back and be at the top."

Whincup moved back up to second position despite remaining winless in 2017.

"Obviously happy with a podium you can never be disappointed with that but we will keep doing what we always do year after year," Whincup said.

"We will keep our head down, keep chipping away, keep trying to stay on the improve on track and just go to keep our heads down."

Winterbottom was pleased with his second podium finish of 2017 despite other frustrating results.

"It's good just got to keep working we went back to basics a little bit," Winterbottom said.

"It’s a good feeling, its good to turn it around and get some confidence back and hopefully keep building."

McLaughlin’s Shell V-Power Racing teammate Fabian Coulthard started today as the points leader but has slipped to third following a spectacular incident at the start of the race which saw his car spin and collide with three other drivers. It left Coulthard in last position however he recovered to finish 11th to claim crucial championship points. 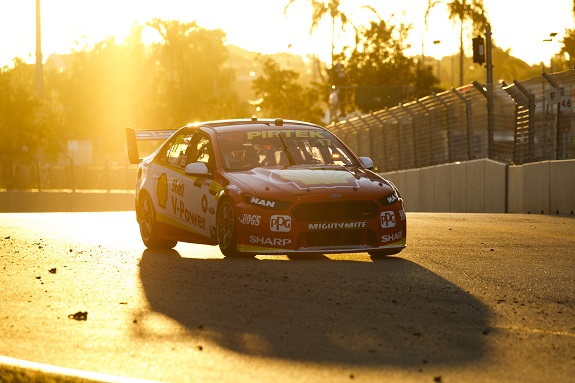 Qualifying, a Top Ten Shootout and a second 200km race will be held tomorrow with the race to begin at 4:10pm AEST.