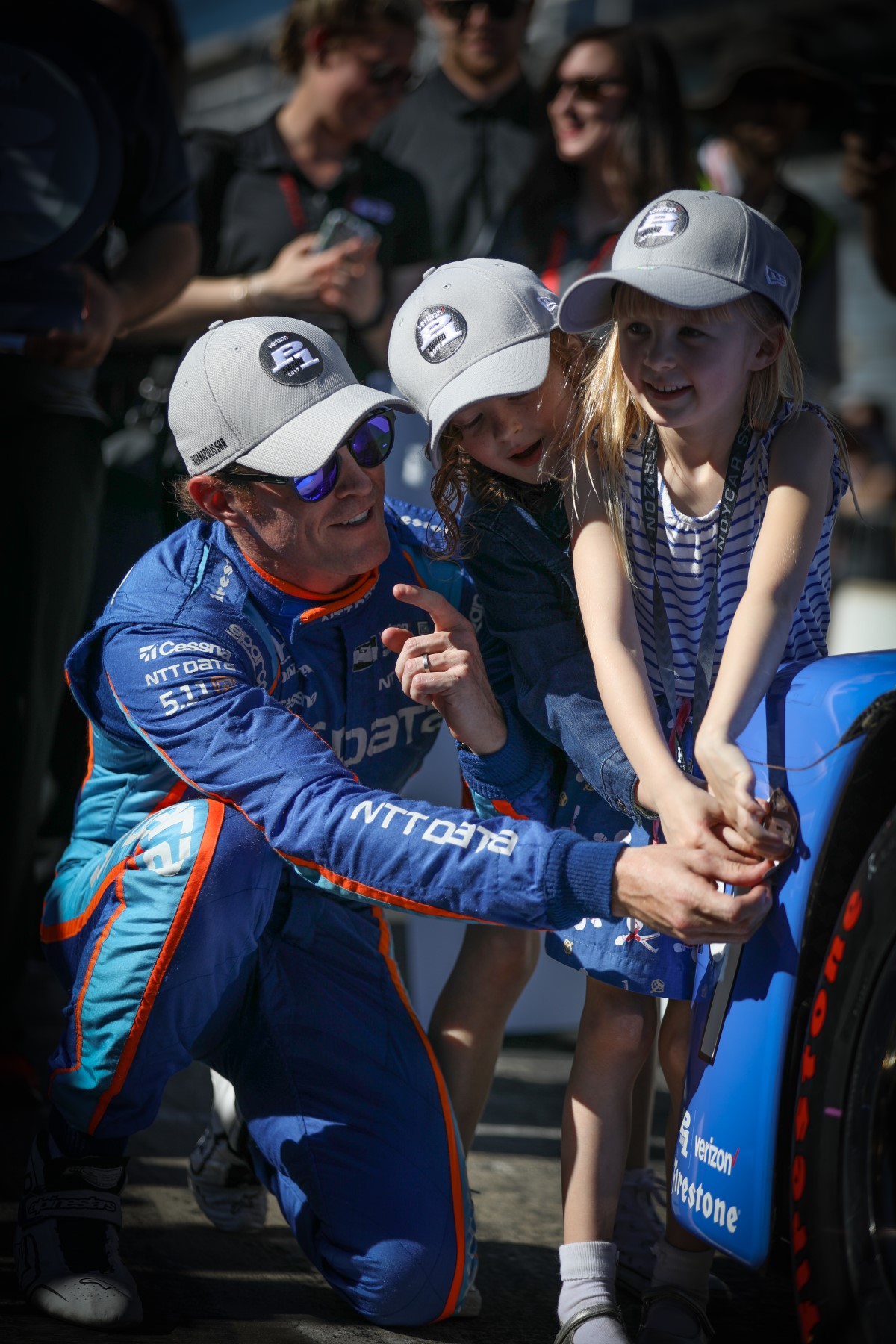 For someone who has earned the spotlight with his tremendous racing achievements, Scott Dixon certainly doesn't like to bask in it. But with each added accomplishment on track, the glare of success shines brighter on the Chip Ganassi Racing star.

It makes all the more amusing the fact that the four-time Verizon IndyCar Series champion and 2017 points leader is the subject of a feature-length documentary in production. Teammate Tony Kanaan has witnessed up close the staff of crew members for the yet-unnamed film who have shadowed Dixon at races and at home. Kanaan chuckles at the sight of Dixon squirming as the center of attention.

"It's funny, he has a whole entourage of people (following him)," Kanaan says with a laugh. "The stuff he hates the most in life, he has it all now."

Yet, like the rest of the INDYCAR community, Kanaan agrees that the attention is clearly deserved. For evidence, one need look no further than June 25 at the KOHLER Grand Prix. All four Team Penske drivers out-qualified Dixon and appeared to have superior cars for the race, but the 17th-year veteran outmaneuvered his chief rivals to win his 41st career Indy car event and move within a victory of tying Michael Andretti for third place on the all-time list.

But Dixon has shown to be much more than an outstanding Indy car driver. With the luxury of competing for Chip Ganassi's sports car teams in endurance events, he has twice been on the winning team in the Rolex 24 At Daytona and last year finished on the podium in a Ford GT at the 24 Hours of Le Mans in his first drive on the iconic 8.47-mile road course.

The Dixon documentary is being produced by Matthew Metcalfe, who also produced the acclaimed film of another New Zealand racing legend, "McLaren," released this year. The film crew is spending time with Dixon at several Verizon IndyCar Series races this season and was with him for his return to Le Mans last month.

Kanaan says he and Dixon were friendly in the past, but have become close friends since Kanaan joined CGR in 2014. The Brazilian says the documentary will allow racing fans everywhere "to be impressed with how good he is.

"They keep talking about his stats and stuff, but I don't think people realize how good he really is. It's amazing to see how natural it is as well. I know he puts effort in but it (seems) kind of effortless sometimes. It p***es you off."

To which the self-deprecating Dixon quickly interjects, "It's all the illusion, and I paid Tony obviously a lot to say that."

Dixon earned the nickname "Iceman" years back for his cool demeanor on and off the track. Kanaan says he has benefited from the chill his teammate exudes.

"I'm completely the opposite of him, as far as personalities," Kanaan explains. "He's really cool and I'm completely emotional and worry about stuff that doesn't matter. Hanging with him is like, ‘Huh, I guess it can be done without worrying that much.'"

At which point, Dixon calmly utters a phrase he often recites in team meetings: "You're going to be OK, Tony."

Kanaan laughs and, to no one's surprise, becomes more animated.

The documentary, slated for release in 2018, will show Dixon's love for wife Emma and daughters Poppy and Tilly in scenes filmed away from the track. Fans will also be impressed by the quiet generosity of the man.

"There's a side of Scott that he does a lot of things for a lot of people," Kanaan says. "And I understand when you do things like that, you don't want it to be announced or people to know because you don't do it for that. With this (film), people are going to see the other side of him and it's really cool.

"We know how good he is in racing, but I learned how to admire him a lot more – not because of the stuff he's done on the track or how relentless he is, because that comes very natural. The other side is what made me really appreciate him a lot more because I didn't know. And if you don't get close to him, you will never know because he won't let you in.

"Emma might tell you everything about it, but that's Emma."

True to form, when pinned down on what he thinks the documentary will reveal about himself, Dixon deflected once more.

"It's not just about me," he says. "It's not one person that makes anything happen, it's the whole process from many people. It's the people you surround yourself with that enable you to do what you do at your best.

"I think that's going to be interesting. I think seeing the process of the team, I think the crossover between INDYCAR and the GT program is going to be fun for a lot of people to see.

"For me it feels very awkward, but the crew have been really good. That process makes it a lot easier."

To which Dixon adds with a smile, "Emma's enjoying it a lot." Mark Robinson/IndyCar