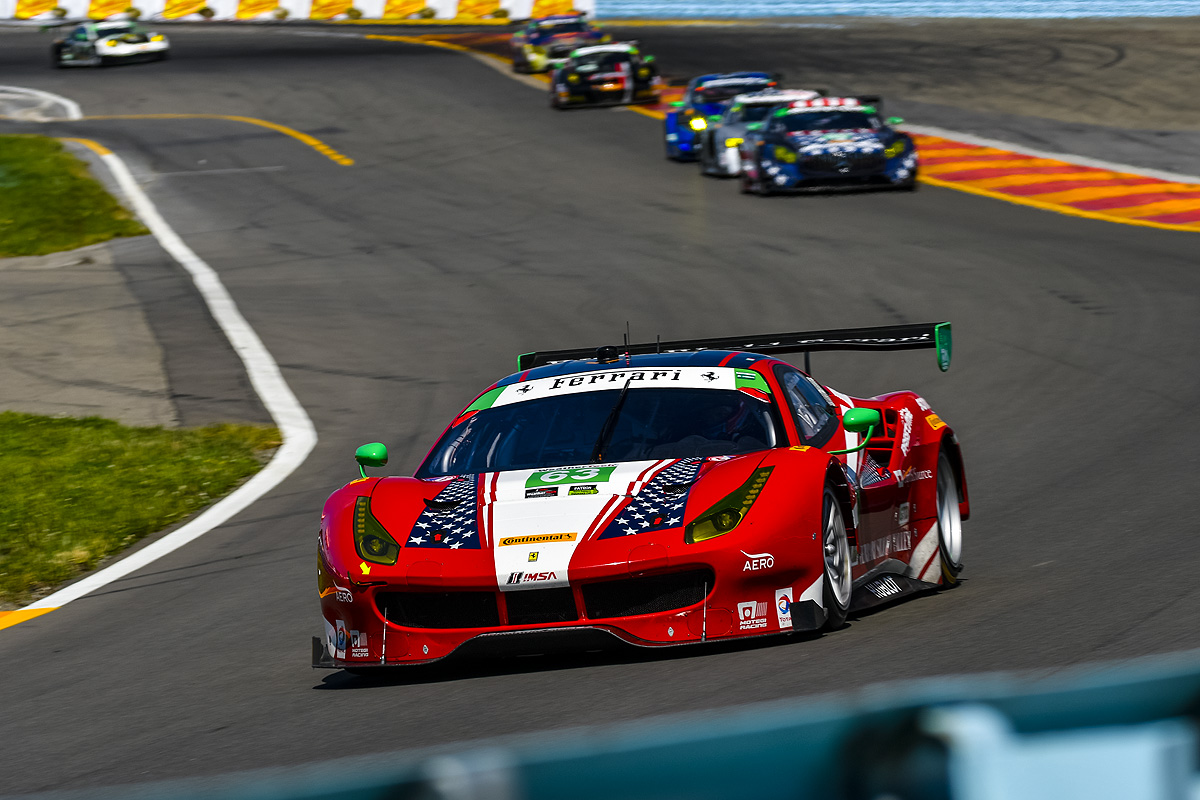 For the fifth straight time this season, a Ferrari 488 GT3 has finished on the podium in the IMSA SportsCar Championship. But in the process of finishing second in the Six Hours of the Glen, the no. 63 Scuderia Corsa Ferrari 488 GT3 driven by Alessandro Balzan, Matteo Cressoni and Christina Nielsen also assumed the lead in the GT-Daytona season championship and North American Endurance Cup.

By finishing second in both NAEC segments of the race, Balzan, Cressoni and Nielsen also secured the victory in the North American Endurance Cup for Watkins Glen.

The no. 63 Scuderia Corsa Ferrari 488 GT3 marched its way forward steadily after the green flag fell for Sunday’s endurance race. Started in tenth position by Nielsen, she turned the car over to Cressoni in sixth position in the second hour of the race. Cressoni raced as high as third position before Balzan took the car over for the final stints to the checkered flag.

It was a closely fought battle to the finish with Balzan bringing the Ferrari home only 0.592-sec behind the winning car.

Scuderia Corsa has finished on the podium in three straight races at the Sahlen’s Six Hours of the Glen, and this is the fifth straight podium for the team this season following Sebring (second), Long Beach (third), Circuit of the Americas (second) and Detroit (second)