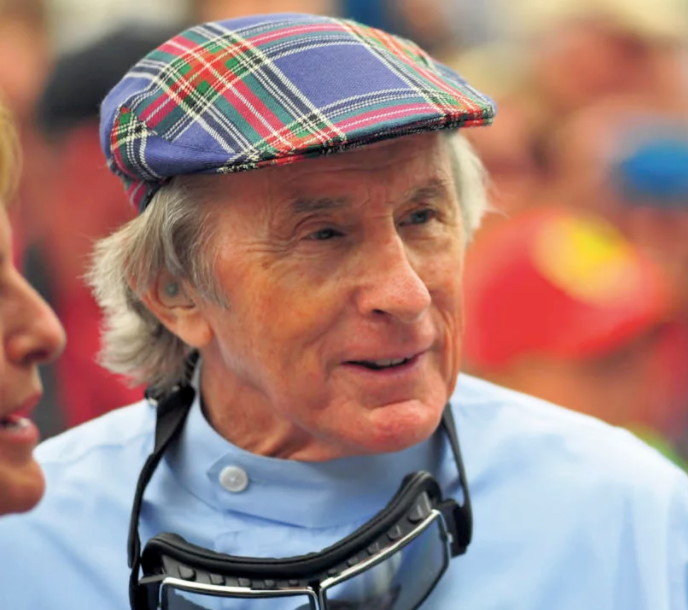 Formula 1 legend Sir Jackie Stewart has suggested that Lewis Hamilton should take part of the blame for the incident in Azerbaijan that saw the Brit and title rival Sebastian Vettel come to blows. Hamilton slowed the pack down as they prepared to restart the race after a safety car was deployed.

Rounding Turn 15, Vettel hit into the back of Hamilton and accused the Mercedes driver of brake testing him. Vettel then pulled alongside Hamilton and bumped into him in frustration. While Stewart called Vettel's actions unacceptable, he believes Hamilton had a part to play.

"His reputation is certainly tarnished," Stewart told Press Association Sport when asked about Vettel’s actions. "But at the same time what created the incident is what occurred when Lewis slowed down so quickly in a very unlikely place. You have got to take that into account.

"That was a shock to Sebastian, and that is why he came alongside Lewis to ask ‘what the hell are you doing?’ What Vettel then did was to unquestionably collide with Hamilton. There is no room for that, no excuse for that and it is wrong. It is inappropriate behavior.

"It would be very simple to put the complete blame on one man, but what initiated the bad behavior was what happened before. It was totally unexpected. I am not trying to hook Lewis into this the wrong way, but that was the whole crux of what happened.

"Lewis put his brakes on so hard that Vettel hit him. I am not blaming Lewis for the accident but I have to say I have never seen anyone come off the throttle so quickly. You either to do it to surprise them, but what happened was the surprise was too severe."

Stewarding needs to be looked at

It was also suggested after the race that the stewards were close to disqualifying Vettel from the race because of his aggression, but decided not to, as they didn't want to interfere with the world championship fight. Stewart has his on views on how these incidents should be dealt with.

"There is room for more disciplinary action, but I have criticism about the stewarding at races. There are a different set of stewards at almost every Grand Prix. In my opinion, the FIA should choose a retired Grand Prix driver, give him a proper salary, and a position that he is the authority.

"They should sign him to a two-to-three year programmed so he has full knowledge of all the drivers’ behavior. It would take somebody that has been in the business recently, who has retired. At the moment we are dealing with a bunch of extremely mature representatives from countries who are signed up by the FIA. They swap these people around to give them an opportunity to come to a Grand Prix.

"That is servicing the FIA’s good relationships with nations. Those so-called stewards could come from a variety of different places and many of them are of different ages. They can’t then possibly give consistency to either the disciplinary actions or have the knowledge that is required to make judgements that could affect the outcome of world championships. (FIA president) Jean Todt won’t like me saying this, but I don’t think it is as professionally handled as it should be."