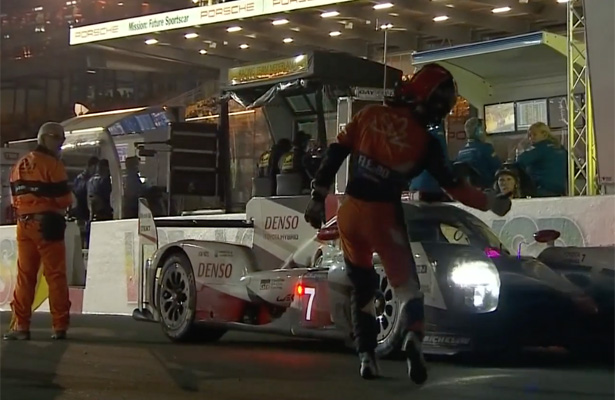 TOYOTA GAZOO Racing can confirm it has received an apology from Vincent Capillaire regarding his actions during the Le Mans 24 Hours. We have fully accepted his apology and acknowledge that his sporting gesture was never intended to cause any negative consequences for our #7 car. We remain on good terms with Vincent and we consider the matter is now closed.

Pole-sitter Kamui Kobayashi had pitted while under the race’s second safety car period in the 10th hour and was signaled out of the pit lane by a driver, in an orange and black race suit nearly identical to the design of the marshals.

Confusion over the radio ensued and, with the Japanese driver having to stop and restart his LMP1 hybrid multiple times, it resulted in terminal clutch failure, according to technical director Pascal Vasselon.

“In this case he has seen a marshal telling him to go, he went," Vasselon told Sportscar365. “From our side, we told him stop because the safety car queue was coming, and it was not possible.

“There has been, as you can imagine, some confusion. Start, stop, start, stop.

“And the problem is that he was at the pit exit, so he was in pit mode where we started in electric, which is like the car was, he was in a mode which normally should not be used, so he has done several restarts with the clutch and the combustion engine.

“So he had burned the clutch because he has been thrown into a situation which should not exist."