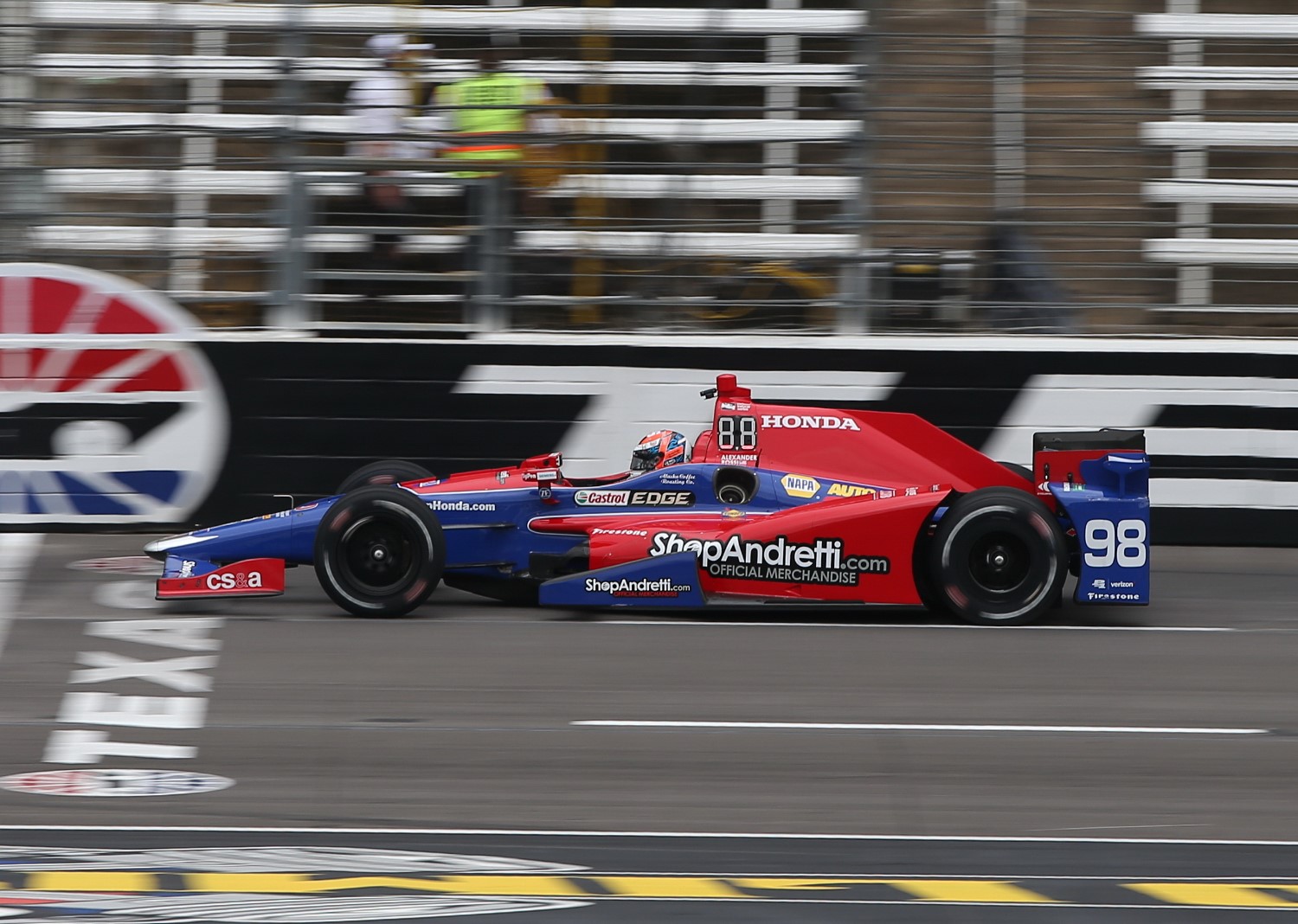 UPDATE Another reader adds, Dear AutoRacing1.com, It's clear to me that IndyCar is just treading water. Tony George blew a lot of the family's money destroying CART, money that could have been spent helping IndyCar as a sport to grow, and now Tony's sisters refuse to spend the money/investment it needs to put all the races on network TV. It's a chicken and egg thing, and the Hulman-George family isn't willing to invest in the Chicken or the Egg. Dale Thompson

06/11/17 A reader writes, Dear AR1.com, I tuned in to watch the crashfest IndyCar race at Texas last night. The racing had me on the edge of my seat. However, I noticed three of the four Andretti cars had no sponsor, ditto for the Coyne cars, Aleshin, and other cars. What is going on? Will IndyCar be forced to turn off the lights soon? Dave Raft, Oregon

Dear Dave, "The race was on NBCSN. The broadcast was excellent. The NBCSN announcers do a great job.

"However, with so few people watching NBCSN sponsors do not want to waste their money sponsoring cars for races on NBCSN. They get no return on their investment.

"It is why we have been saying for years that all Indycar races must be on network TV so they can start to rebuild the series. That takes money and with blank sidepods and 3/4 empty grandstands the series appears to be contracting.

"Most TV ratings are down this year. 9 years of being nearly invisible on NBCSN is taking its toll. Many cars that are sponsored are via Business-To-Business deals because the low TV ratings do not attract real paying sponsors." Mark C.