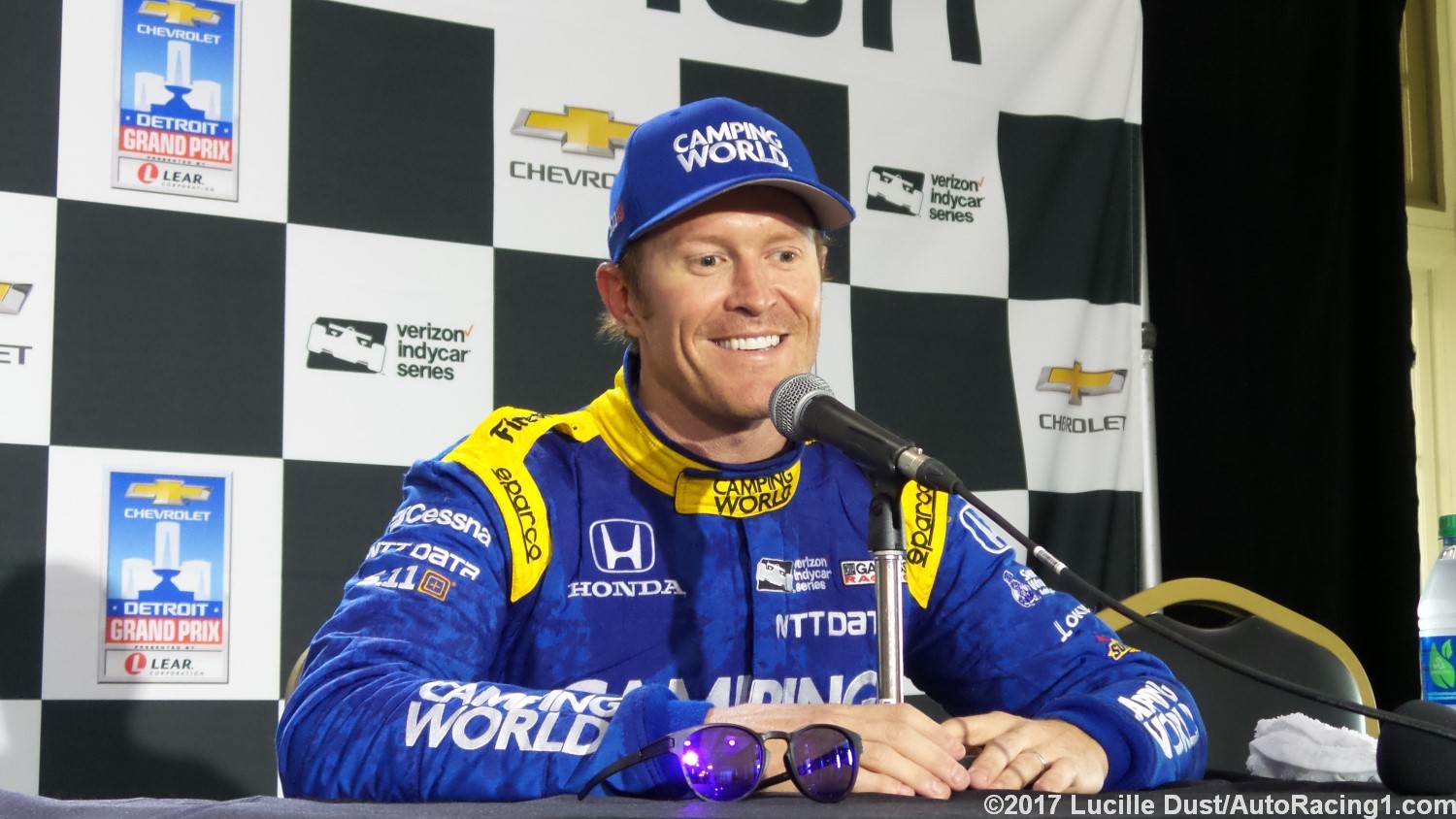 Scott Dixon displayed his warrior-like mentality on Belle Isle, coming to the island battered and bruised from his crash in the Indianapolis 500, definitely disappointed from his worst finish (32nd) in the IndyCar series premier race.

Dixon had no time to nurse his ailing left ankle — which was broken or definitely bruised — instead needing to climb back in his No. 9 Honda for Chip Ganassi Racing and continue his fight for the IndyCar series championship.

Dixon gritted his way to a runner-up finish in Race No. 1 Saturday around the bumpy 13-turn, 2.3-mile street course to take over the points lead, then finished sixth Sunday to leave the island on top of the standings, 303-295 over Helio Castroneves with Indy 500 winner Takuma Sato in third (292).

Dixon wasn’t going to get another podium finish (top three) Sunday, but he was in contention for fourth with 10 laps left, running sixth while trailing Sato, the pole sitter, by two seconds.

Dixon qualified eighth Sunday morning for Race No. 2 and looked fresh, but probably didn’t feel it, while talking in an interview at noon, a few hours before the race.

He talked on the importance of the Detroit Grand Prix doubleheader, double the points for the weekend, matching the number of points handed out for the Indy 500.

“Yes, it’s definitely important and hard for the team too, especially after trashing the car (at Indy) and if you get injured, especially at this time of year it’s pretty brutal," said Dixon, the winningest active driver (40), four-time series champion (2003, '08, '13, '15) and the 2008 Indy 500 winner. “If you miss a couple of races you can really hurt your (title) hopes so for us it’s very important.

"Obviously, (Saturday) was good, good for the points, good for the championship, but it is kind of frustrating, just having the kind of schedule that it is."

Dixon would love to have a weekend off after Indianapolis to get a little break before the doubleheader weekend in Detroit.

“I think the teams deserve it, I think the winner of the 500 deserves it," said Dixon of a week off between races.

“It is tough, but it is what it is and whether it will ever change I have no idea, but I know there is a lot of concern with a lot of people with how it plays out."

There were seven different winners in as many races before Sunday’s race, which Graham Rahal won for the doubleheader sweep.

“I think it shows that the cars are pretty much identical, it’s somewhat of a spec series," Dixon said.

“I think it shows the level of competition.

“The tricky part of IndyCar racing is strategy, sometimes you just get lucky and I think it’s good for mixing it up. But, it could also be a topic where you have a strong team and you missed the yellow and get thrown to the back.

Dixon used a three pit stop strategy, running on red tires for the first 10 laps before making the moves to blacks and then gaining on his competitors. David Goricki/Detroit News